A 50-state study by the Woodrow Wilson Foundation found that only 4 in 10 Americans can demonstrate the level of basic civics understanding necessary to obtain citizenship. 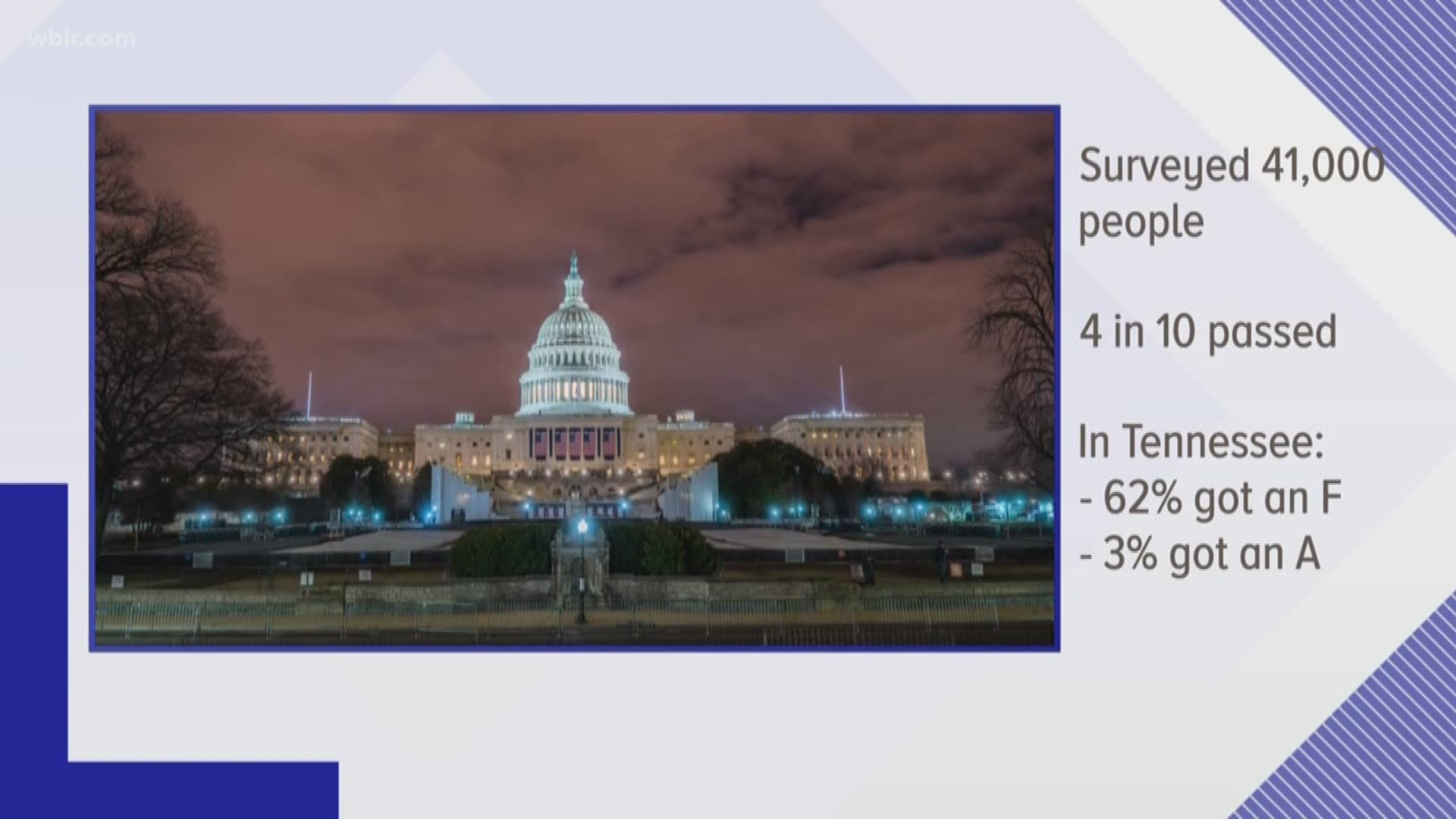 A study by the non-profit educational leadership organization known as The Woodrow Wilson National Fellowship Foundation celebrated President's Day the best way it knew how: by presenting a study that suggests our understanding of basic American history and government is generally spotty, particularly with younger generations.

The foundation conducted a survey with 41,000 Americans adults across all 50 states and Washington D.C. by giving people a short multiple choice test to determine if they could demonstrate the basic level of civics understanding needed to pass a U.S. Citizenship exam.

If you'd like to try your hand at the 19-question test, you can take it at this link to see how you'd fare.

The results were pretty grim. Every state except for Vermont saw a majority of people fail the test, and only 27 percent of those under age 45 were able to pass.

Nationally -- only 4 in 10 Americans passed.

Vermont was the only state to have a majority of people take the test and pass at 53 percent.

Virginia ended up on the upper end of the states, with 46 percent of people passing. Only Vermont, Wyoming, South Dakota and Montana finished higher.

North Carolina finished lower, with only a 39 percent pass rate.

The lowest was Louisiana -- where just 27 percent were able to pass.

“Unfortunately, the Woodrow Wilson Foundation has validated what studies have shown for a century: Americans don’t possess the history knowledge they need to be informed and engaged citizens,” WW Foundation President Arthur Levine said. "This requires a fundamental change in how American history is taught and learned to make it relevant to our students lives, captivating and inclusive to all Americans.”

You can read the state-by-state results here.