A beach worker grabbed an algae-covered surfboard and pulled the 71-year-old Falls Church man to safety. 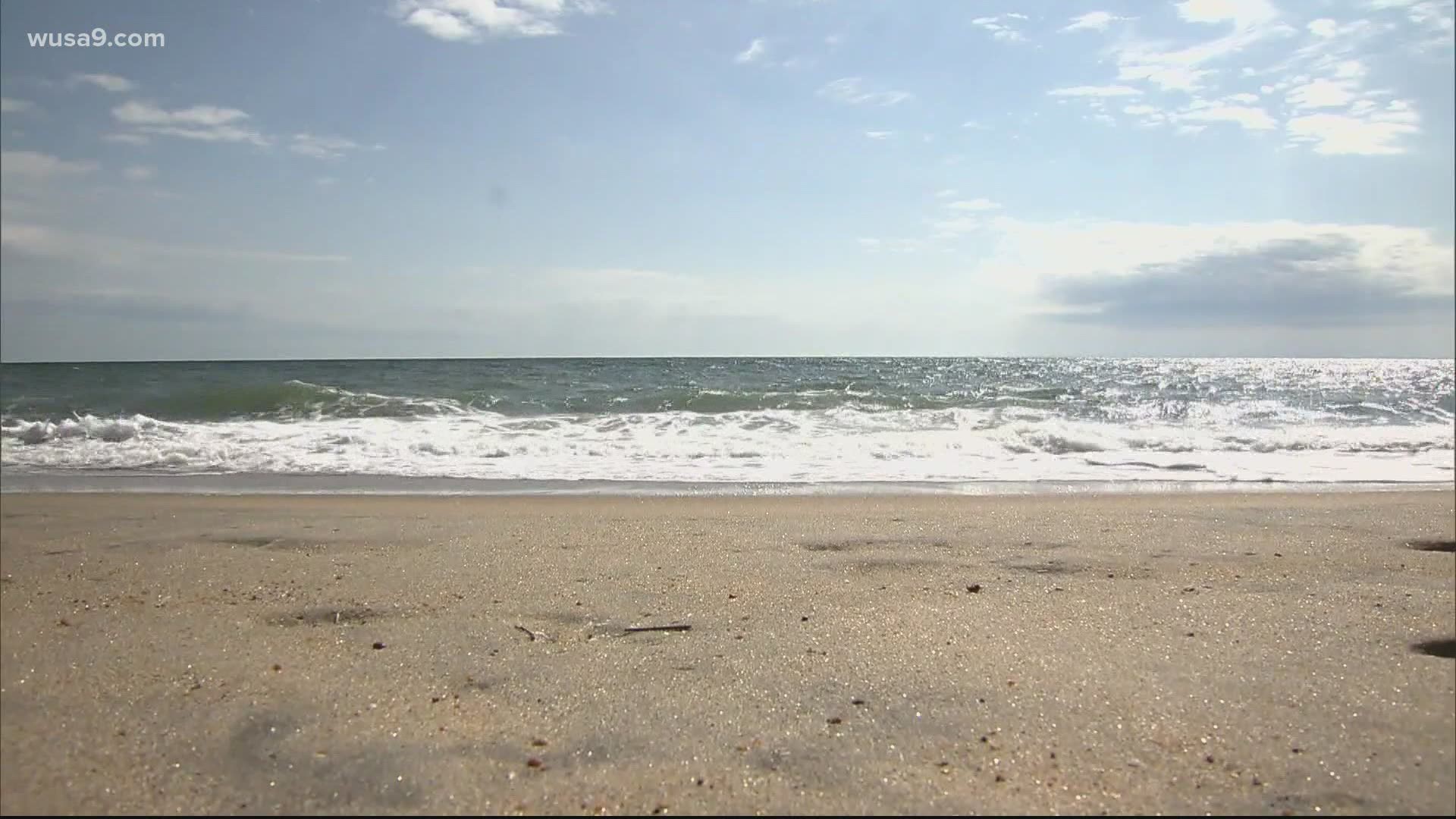 COROLLA, N.C. — But for a heroic beach worker, a Northern Virginia family scattering a loved one's ashes in the ocean at the Outer Banks of North Carolina might have suffered a double tragedy.

Dennis Kane, 71, from Falls Church, was nearly swept out to sea when he was scattering the ashes of his 41-year-old daughter, Kerry Kane, who died suddenly in the ocean she thought of as home.

When the biodegradable urn failed to sink, Dennis Kane went back into the water to retrieve it and was caught in a rip current.

"One gentleman was out way too far, you know, and he was in trouble," Adam Zboyovski, who handles beach rentals at the Corolla Light resort, said of the save.

Zboyovski started to dive in, had second thoughts, grabbed a surfboard slippery from algae and disuse, and plowed into the surf to rescue Kane.

When he finally got to him, he said Kane was in "a dead man's float ... just trying to keep his head above the water" describing him as "out of energy."

"Not all heroes wear capes," Kerry's sister, Shannon Smith, posted on her Facebook page. "Sometimes they have surfboards."

"I think the most touching part about it was when I met his granddaughter and she was thanking me," Zboyovski said in a video interview via Facebook Messenger. "Being a young child, you know, and watching their grandfather drown is the most horrible thing."

Rip currents are a bit like an escalator headed out to sea. Fight it and you’ll soon exhaust yourself.The best way to survive is to stop swimming against the current, and swim parallel to the shore, or let it carry you out. Eventually, it will peter out, and you can find another spot to swim back to shore.

"Just remain calm, keep your head above water and tread," Lt. Austin Kirwin of the Galveston, TX Beach Patrol said. "If you’re a good swimmer, you swim parallel to shore, and let the waves push you back in."

The surf on the Outer Banks Friday was so big and blown out, it even scared a hero like Zboyovski.

"Nobody should have been in that water for any reason at all," he said.