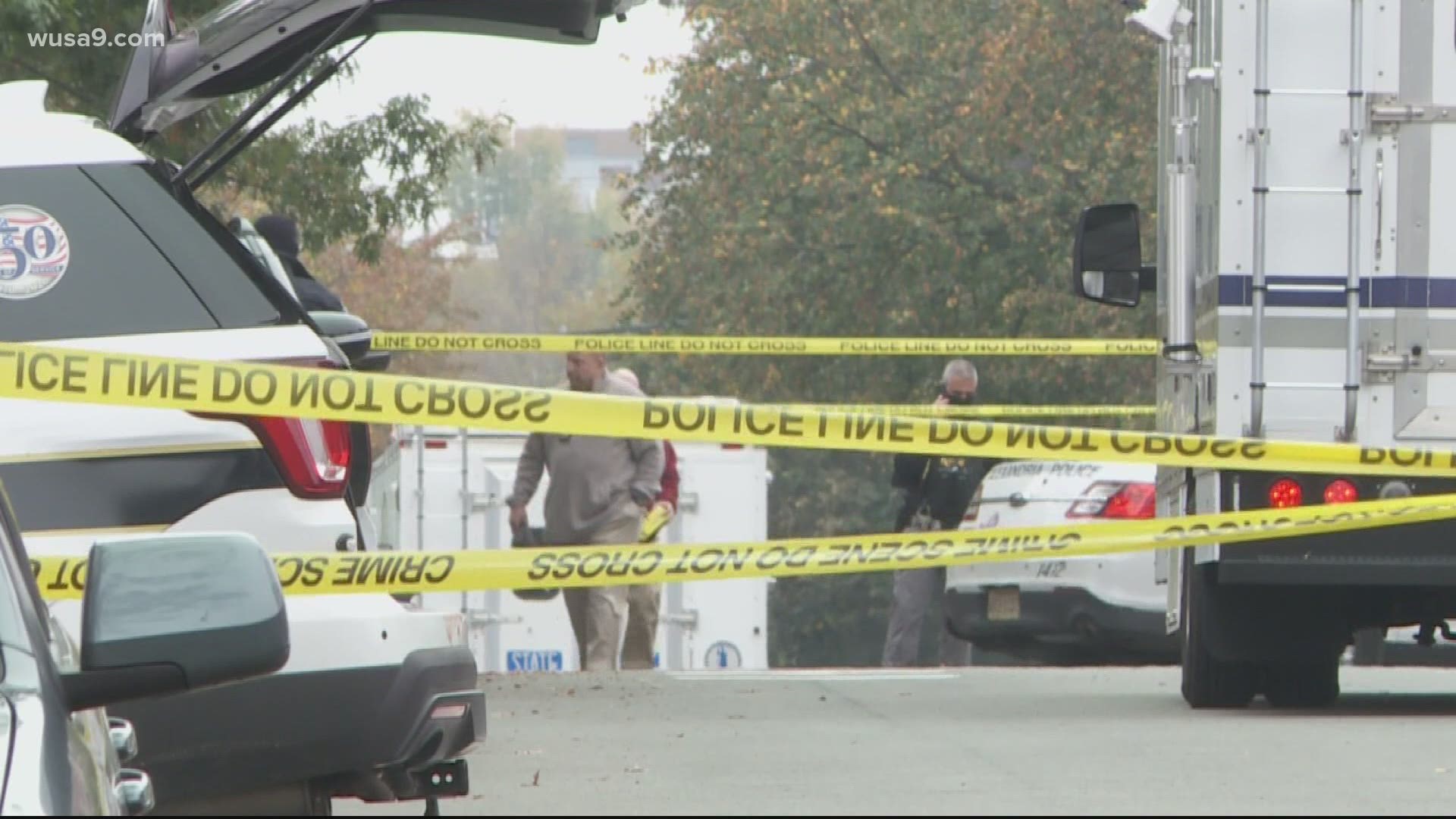 ALEXANDRIA, Va. — A robbery suspect is dead after they shot an officer during a pursuit in North Old Town Alexandria early Monday morning, according to Courtney Valentine, Public Information Officer for the City of Alexandria Police Department.

Michael K. Nelson, 27, of Fairfax County died after an exchange of gunfire with officers around 6:30 a.m., according to officials in a statement to WUSA9.

Nelson's remains were transported to the Office of the Medical Examiner in Manassas for examination and autopsy, which remain ongoing.

Police also have 26-year-old Mitchell David Thompson in custody, who is an additional suspect in this case.

Thompson is being held on possession of a firearm by a convicted felon, and other changes could be pending, said APD in a statement.

Police were originally dispatched to a report of shots fired at a Holiday Inn in the area of the 600 block of 1st Street around 5:01 a.m. At the scene, officers learned the shooting was a result of a robbery, but no one inside the hotel was hurt. As officers were responding to the scene, two individuals involved in the shooting fled the hotel on foot.

During a foot pursuit of one of the robbery suspects in the area of North Royal Street and Second Street, an officer was shot by the suspect in the lower body, Valentine said. The officer did return fire and shot at the suspect, but it is still unknown if the suspect was hit.

The suspect ran away and officers and K9's continued their search near Montgomery Street and the Fairfax County intersection where another exchange of gunfire happened. Officers found a safe place and at a later point, the suspect was "found deceased" in the same area adjacent to the railroad tracks and some bushes, Valentine said.

#UPDATE: 2 scenes, unsure if they’re connected. 2nd scene is at Montgomery & Fairfax, another suspect engaged officers, could’ve been the same suspect, shot at police. Nobody was hit. Active search still underway. No description of suspect. Shelter in place activated as well.

Police said the officer was taken to an area hospital for treatment and sustained a non-life-threatening gunshot wound and is in fair condition. They said the officer is expected to recover.

The name of the officer shot has not yet been released, nor has the suspect that die, making Thompson the only alleged person, in this investigation, to have his name released so far.

A shelter in place order was issued in Old Town Alexandria but officials lifted it around 8:45 a.m. on Monday.

The number of shots fired between the officer and suspect are unknown.

WUSA9 will continue to update this story as more information comes into our station and newsroom.

Anyone with information about this case is encouraged to call the Virginia State Police at 703-803-0026 or email at questions@vsp.virginia.gov.