The Lebanese Butcher told WUSA9 they were preparing for the upcoming holiday event on Friday when several patrol cars from the Warrenton Police Department drove up to their business and blocked their driveway. 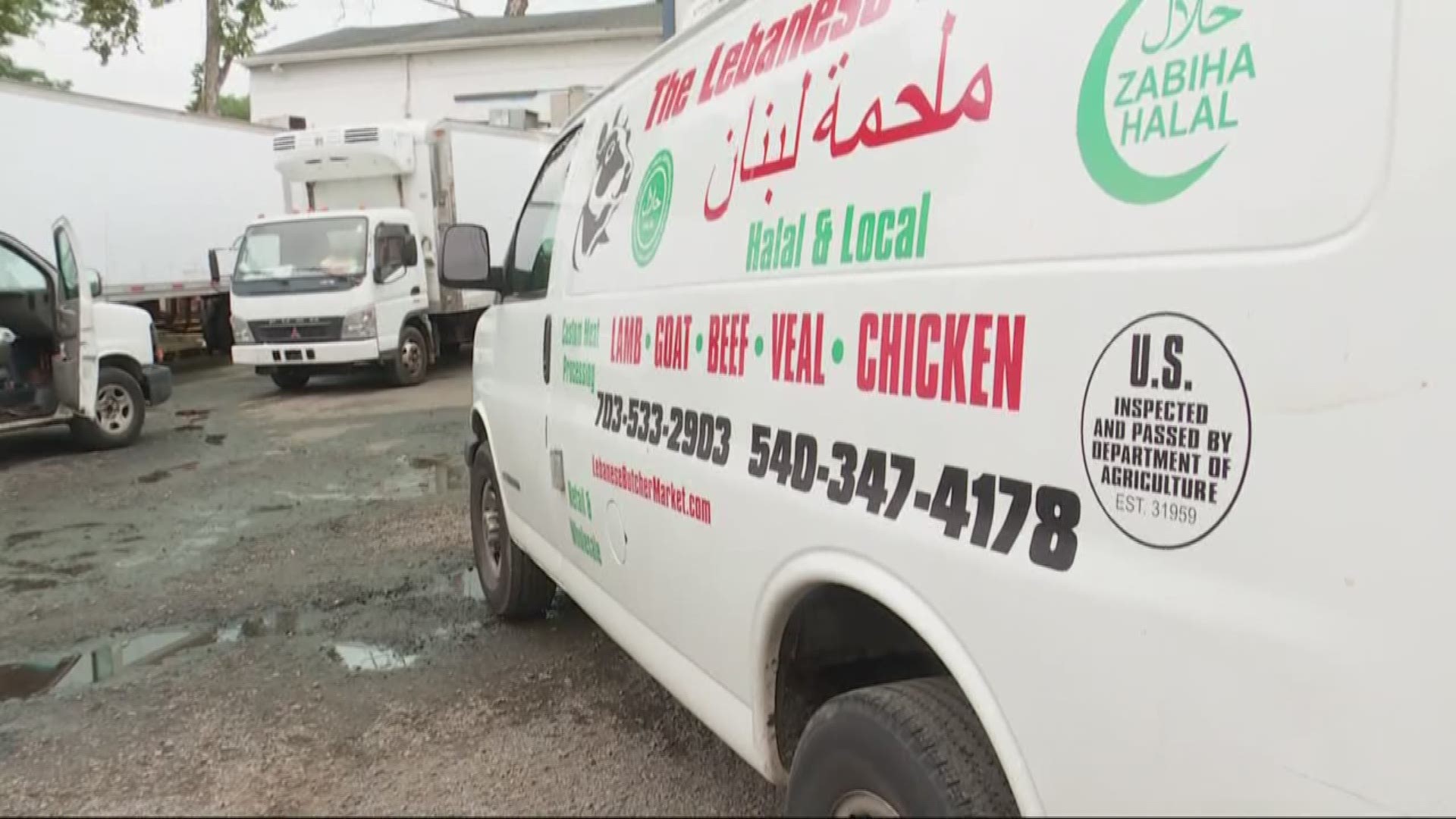 WARRENTON, VA -- Muslim advocates are upset after a Northern Virginia town parked its police cars in front of a popular butcher shop to turn away customers.

The Lebanese Butcher, in Warrenton, Va., sacrifices animals during the Eid al-Adha holiday.

Imad and Samir Rababeh, of The Lebanese Butcher, say for Eid al-Adha, Muslims are expected to donate a portion of their sacrifice to their neighbors, family and friends.

"It's just a big festival for a lot of Muslim families to come together and celebrate a great pilgrimage,” said Samir Rababeh.

The Lebanese Butcher told WUSA9 they were preparing for the upcoming holiday event on Friday when several patrol cars from the Warrenton Police Department drove up to their business and blocked their driveway.

“We've done it [Eid al-Adha] for 20 years without incident,” said Imad Rababeh. “We've never harmed anyone. It's never been a threat to public safety."

The Rababehs said they have always sought permits for the event two to three weeks early. But, they said when they went to get them this year, the city informed the business they were supposed to get the permits 90 days in advance.

"This place being shut down, or it being closed, it poses a big void to the community and it threatens their ability to basically fulfill their religious obligation,” said Imad Rababeh.

The Rababehs also said the city failed to inform them in a timely manner that their business had zoning violations. The Rababehs said they only found out about the issue when they went to apply for their special use permit.

On Friday, the Rababehs sought the help of the Council on American-Islamic Relations to resolve their disagreement with the Town of Warrenton.

“I respectfully request that the Town of Warrenton lift the current police blockade of the USDA-certified Lebanese Butchers facility so that those celebrating the end of the annual pilgrimage (Hajj) may carry out their constitutionally-protected religious obligations for the Eid ul-Adha ('festival of the sacrifice') holiday beginning Tuesday, August 21,” wrote CAIR National Executive Director Nihad Awad in a letter to Warrenton Town Manager Brannon Godfrey.

On Monday, CAIR was able to come to an agreement with the Town of Warrenton to formally end its police blockade in front of Lebanese Butchers.

The Rababehs said they were relieved to see the blockade come to an end. They said customers who showed up to their business Friday had to deal with unnecessary inconveniences.

“People were showing up, people were being turned down at the gate,” said Imad Rababeh.

Whit Robinson, town attorney for the Town of Warrenton, released the following statement about the matter Monday evening:

“We do have an agreement in place due to the Executive Director of CAIR committing to help bring the Lebanese Butcher’s property into compliance with the Town’s building code and zoning ordinances. That was the reason for our being concerned for public safety, but originally allowing them to process the animals only. We have tried to bring them into compliance for years, and have always worked with them given the nature of the event, but eventually there has to be a line.”