The annual Independence Firework Show sold out quickly. The views were stunning. 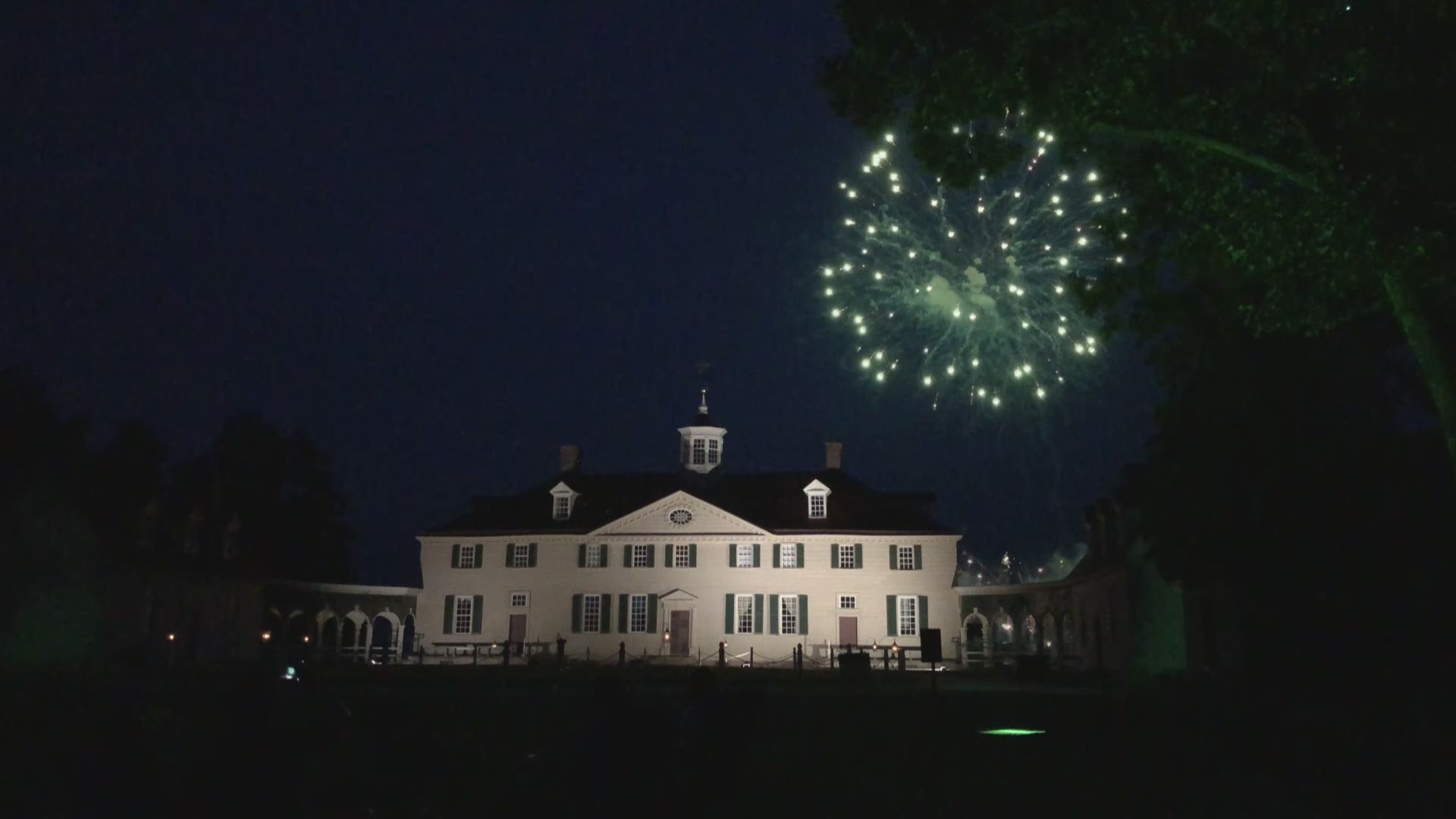 WASHINGTON — While the Fourth of July might look slightly different this year, the celebrations are still popping off all around the DMV.

One of the most popular  -- and historical -- Independence Day traditions is the Independence Firework Show at George Washington's Mount Vernon estate. This year's event sold out quickly, with organizers running fewer tickets to encourage social distancing amid the pandemic.

The dazzling show kicked off last night, June 27, around 6 p.m., with people gathering outside on the East Lawn historical home of the first president and setting up lawn chairs and blankets.

The estate is located on the banks of the Potomac River in Fairfax County near Alexandria and puts on the spectacular display ever year.

Originally built by Washington's father Augustine in the 1730s, George would expand the house twice, adding rooms and now sprawling over 500 acres. In 1799, George died on the property.

Fireworks weren't the only entertainment offered on the property during last night's event.

Before the big show, character presentations from George Washington's past walked around, sharing their experiences during the War for Independence. And those with a sweet tooth also were in luck -- 18th-century ice cream making demonstrations capped off the night.

If you missed last night's firework show, and want to see the sprawling property without making the drive, the estate is offering a virtual tour here.

RELATED: 4th of July eclipse to kick off busy month for astronomy fans

RELATED: VERIFY: No, this MD Independence Day Safety Enforcement poster is not real