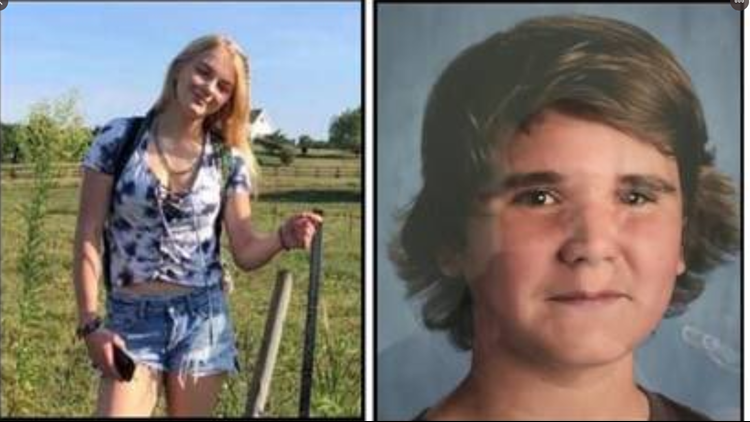 Photo by: Loudoun County Sheriff's Office
Marah A. Wiseman, 16 (left) and Caleb N. Jones, 16 (Right) are believed to have traveled to D.C. together late Sunday night or early Monday morning.

LOUDOUN COUNTY, Va. — Police have located the two teens who went missing after a trip to D.C. Both 16-year-old Caleb Jones and Marah Wiseman have been found safe and unharmed in Alexandria, Virginia.

Loudoun County Sheriff's Department is searching for two missing teenagers who are believed to have traveled to D.C. together.

Jones and Wiseman are believed to have been traveling together in a silver, 2003 Chevrolet Suburban.

Jones is described as a white male, 5-feet-9 inches tall, 170 pounds with brown hair and brown eyes. He has a cross tattoo on the inside of his left forearm.

Wiseman is described as a white female, 5-feet-7 inches tall, 130 pounds with blonde hair and blue eyes. She has a piercing in her right nostril.

Anyone with information regarding the teenagers' whereabouts are asked to contact the Loudoun County Sheriff's Office at 703-777-1021.

RELATED: DC woman fears for her family as Dorian washes the Bahamas

RELATED: Elderly man survives on Coca-Cola for 5 days after falling in his home