A community member in the area of Sugarland Run reported finding skeletal remains of a man who went missing in May 2020. 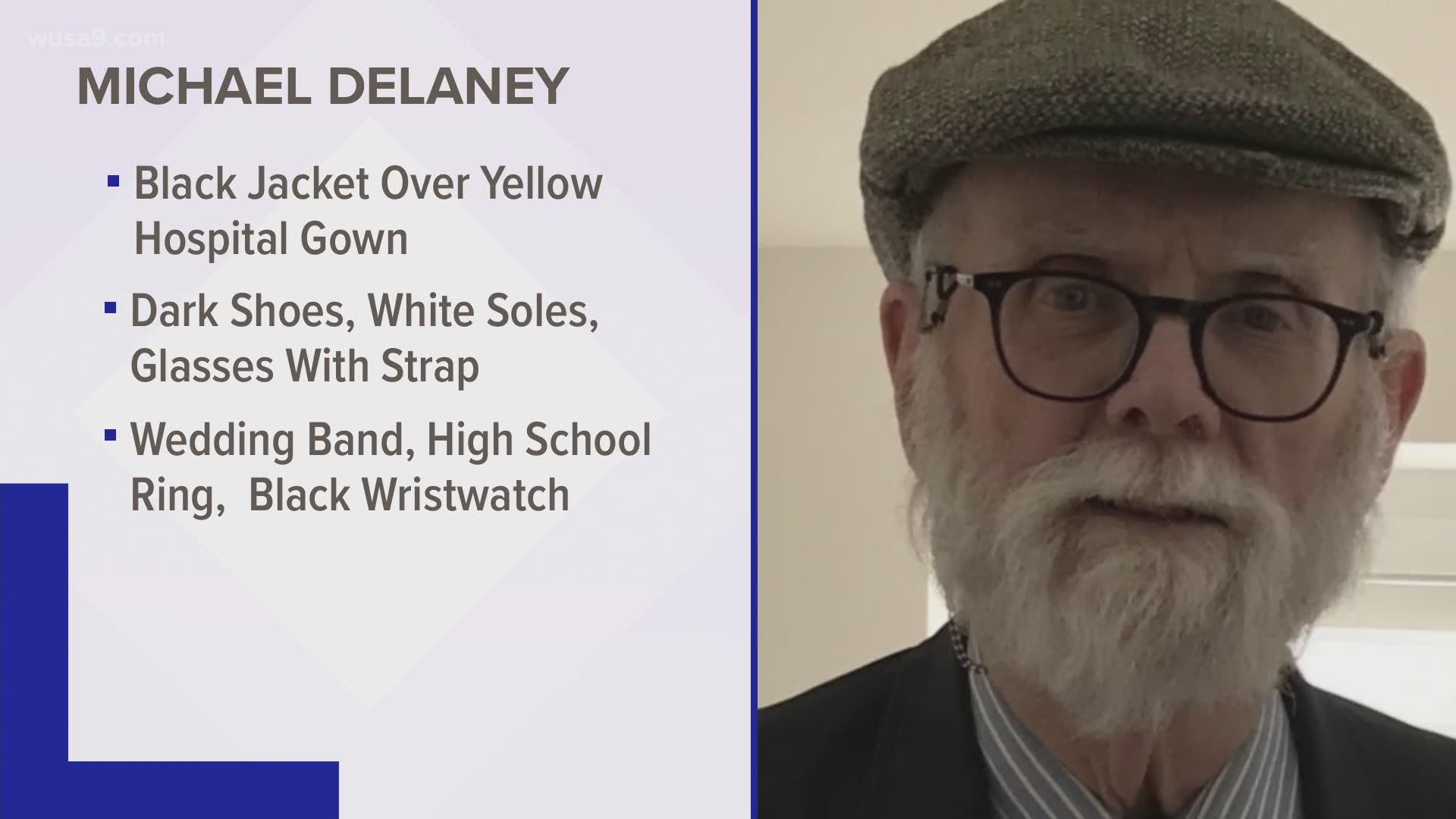 LOUDOUN COUNTY, Va. — The skeletal remains of a 75-year-old man who went missing in May 2020 were found in Loudoun County on Wednesday, according to Fairfax County Police Department.

Michael Delaney was last seen on May 10, 2020 in the 1800 block of Town Center Parkway in Reston, Va., police said. He was spotted on surveillance video leaving Reston Hospital Center in a yellow hospital gown.

Police put out a call for the public's assistance to search for him after his family told them he suffered from Alzheimer's.

Following a 14-month search, a community member in the area of Sugarland Run reported finding skeletal remains. Search and rescue teams were called to the scene and noticed the clothing on the remains matched the description of what Delaney was last seen wearing, police said in a Facebook post.

Detectives collected what was left and sent it to the Office of the Chief Medical Examiner. Police said officials were able to determine that the body belonged to Delaney using dental records.

Police do not suspect foul play in his death.

We’re saddened to announce Michael Delaney was found deceased on July 21 by our Search and Rescue Team. https://t.co/U0RomX8KnD #FCPD pic.twitter.com/Fa4zAKtKZs

“On behalf of the Major Crimes Bureau, my heartfelt condolences go out to the family and Friends of Mr. Delaney. We are incredibly sorry for your loss. There is so much that goes into these kind of cases and I want to thank the lead detective for his dedication to this case and to Mr. Delaney’s family since he went missing over a year ago. Many people played an important and valuable role to include our Search and Rescue team, detectives from our Major Crimes Bureau as well as our local and state law enforcement partners. They tirelessly followed up on every lead we received, many of which led them outside not only Fairfax County but the state. A special thank you to the many volunteers and to the other public and private entities who assisted with searching over 5,000 acres since the time Mr. Delaney went missing. This is not the resolution our detectives and our agency hoped for and our hearts remain with the Delaney family."