The new development is clustered around the four Metro rail stops on the Silver Line. 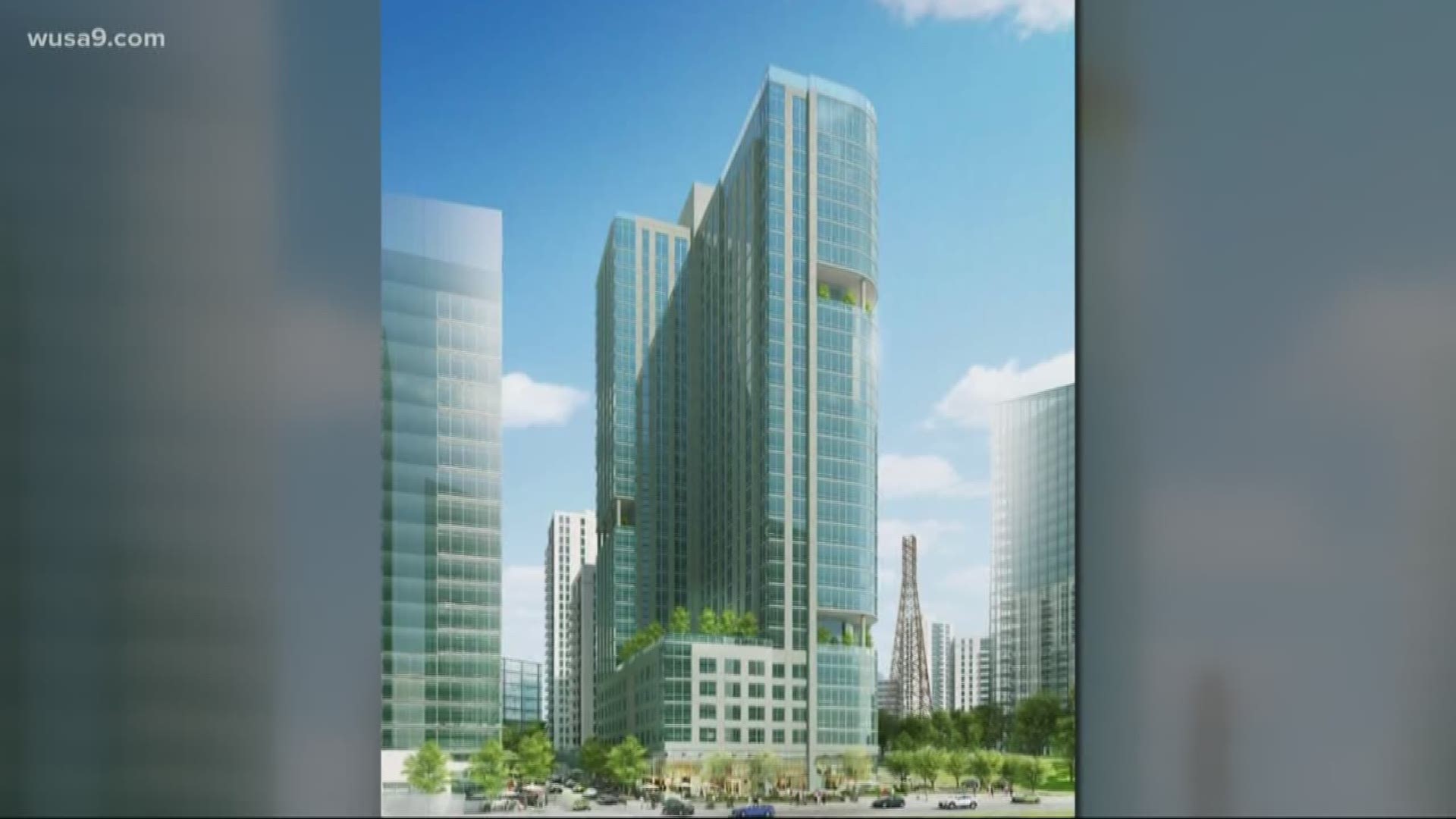 TYSONS, VA -- Tysons is undergoing massive re-development that is unlike any other.

Four construction cranes dot the Tyson's skyline, pushing buildings higher and higher. Plans are in the works for dozens of mixed-use buildings.

The suburban area known for it's famous mall and offices is rapidly transforming into an urban area. No longer will people just work or shop in Tysons. They will live and work here.

Residential buildings are already up in an area called The Borough and more are planned. There's also a proposal for a 600-foot skyscraper near the gray and white checkered Adair building which sits along Route Seven near Spring Road.

Regardless of whether that 600-foot building gets approved, many others tall buildings are coming.

Tysons won't just be the name for a shopping mecca, but for "America's Next Great City." At least, that's how Tysons Partnership bills it. It's an organization that brings together all the Tysons' stakeholders--landowners and county and state government.

"Tysons is now urbanizing and the kind of development that is taking place in Tysons is on a scale that is unprecedented," said Glasner.

Glasner says urban scientists around the world are watching Tysons because a re-development plan of this size has never been done anywhere before. It's more than four square miles, which is about the size of the town of Vienna, Va. An area of that size in Washington, D.C. would comprise several business districts.

"Four-point-two square miles, that's what Tysons is. If you overlay it on a map of D.C. you will be going from Capital Hill to Georgetown. There just isn't anything like that. Taking that kind of space and turning it into an urbanized area. Walkable. Live, work, play, 24-7," said Glasner.

The new development is clustered around the four metro rail stops on the Silver line.

Tysons already has 50 million square feet of office space which makes it the 12th largest office-space market in the country.