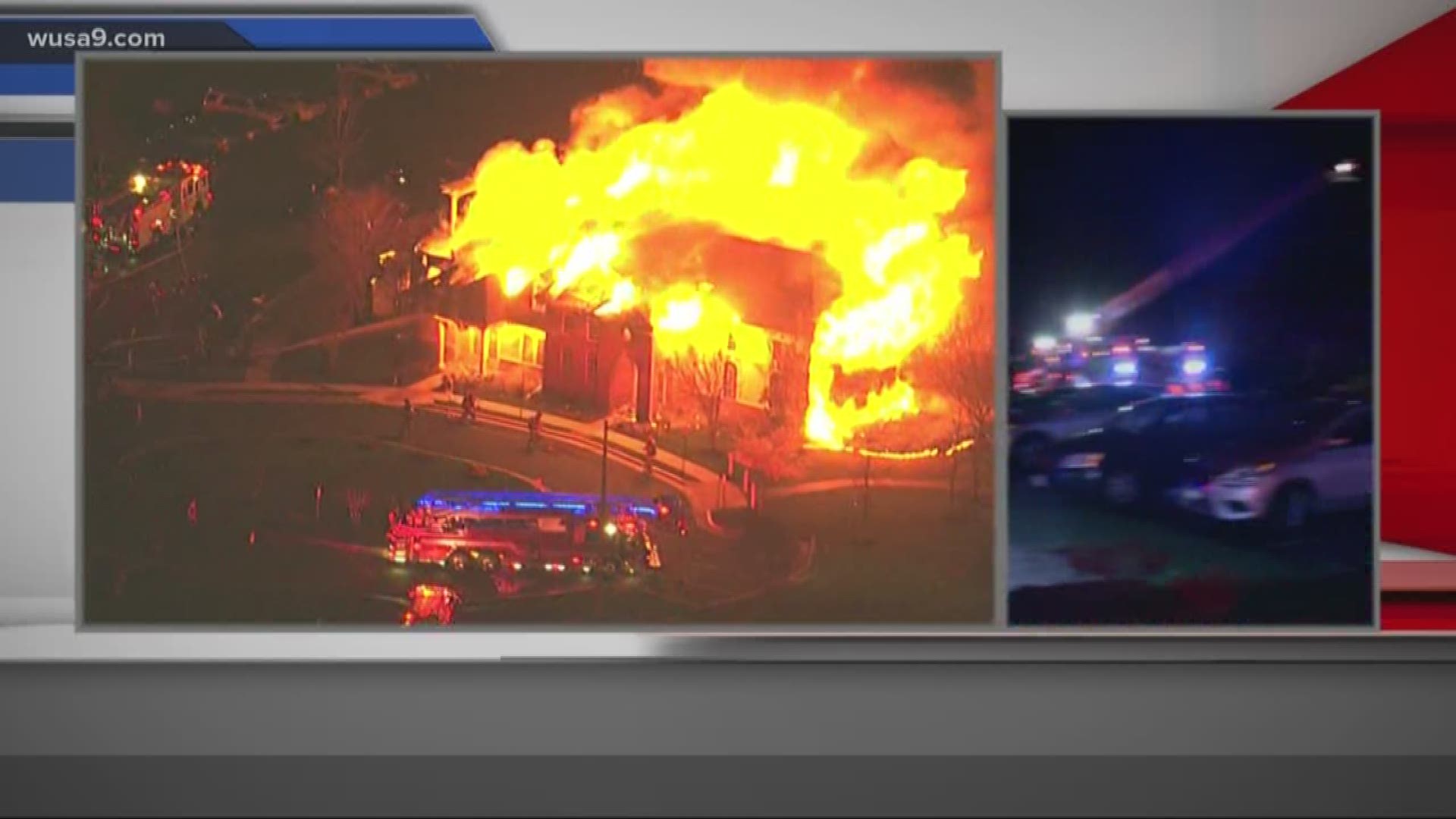 CENTREVILLE, VA (WUSA9) — A large fire broke out at a community clubhouse on the 5400 block of Calamint Court in Centreville, Va. on Friday night at around 8:37 p.m., Fairfax Fire said.

The massive fire was spotted by WUSA9's chopper, Sky9, where heavy flames could be seen shooting out of the large clubhouse. Fairfax Fire and Rescue arrived after a passerby spotted the flames and called 911.

Fire crews extinguished the majority of the fire from outside. A small natural gas fed fire was under control until a gas company turned off an underground valve. No one was injured and no one was in the clubhouse at the time.

According to Fairfax Fire and Rescue, the fire was accidental and originated within a trash can corral. Damages are estimated at $120,000.

Firefighters were able to extinguish the fire around 10:45 p.m. 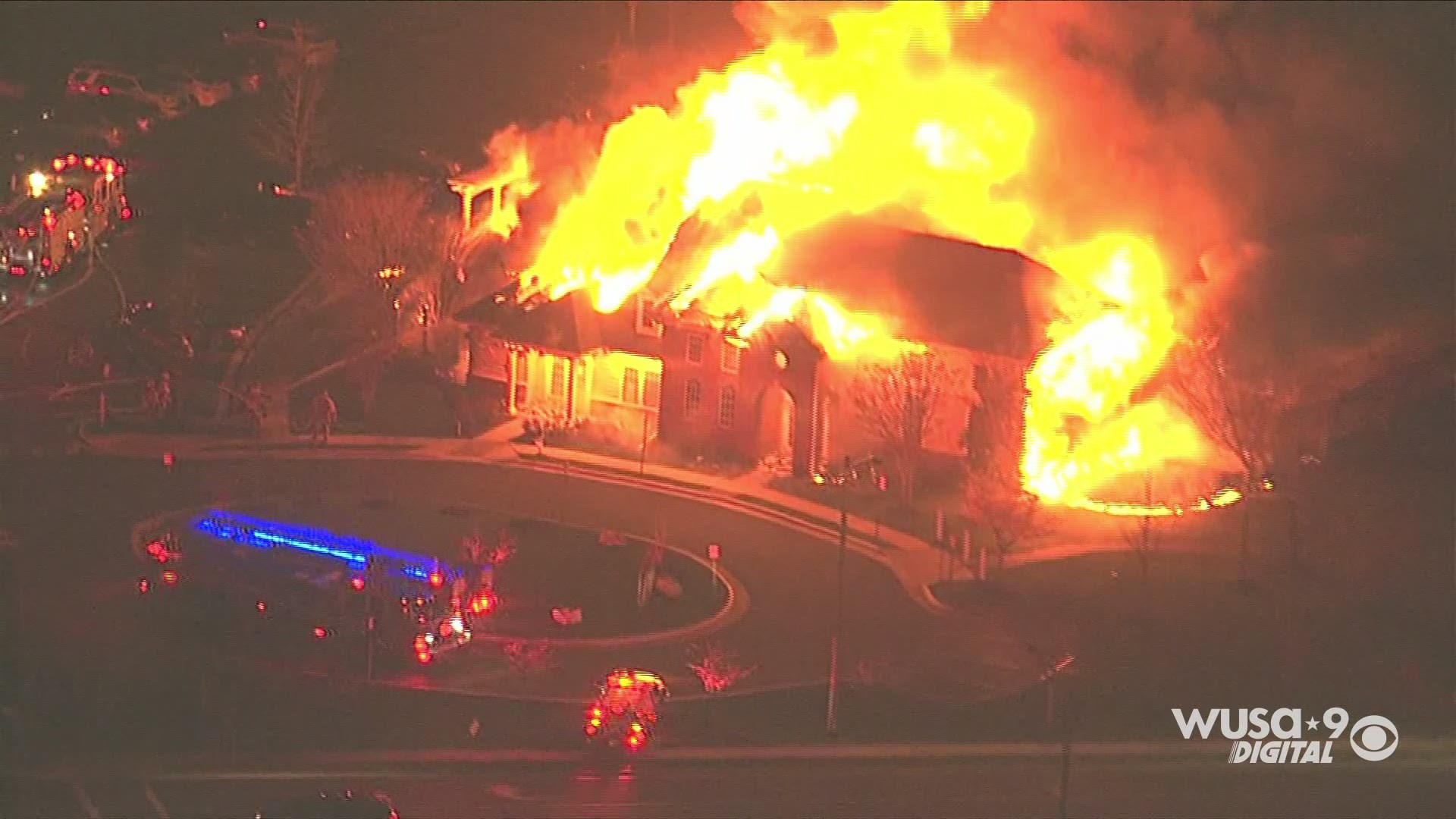