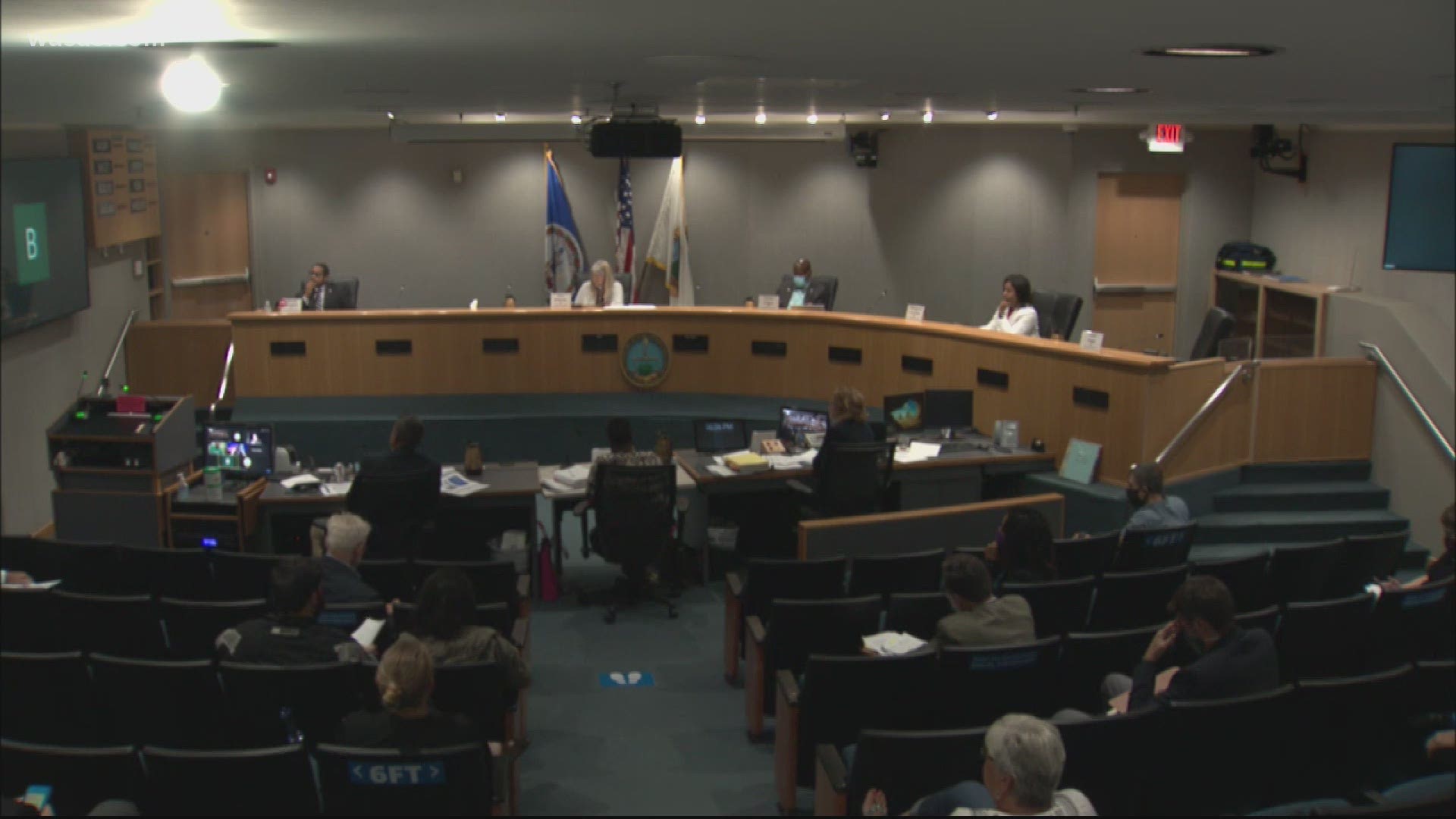 MANASSAS, Va. — Prince William Board of County Supervisors is expected to vote on a proposed asphalt plant Tuesday. The plant has been facing strong push back from residents for months.

People who live in the Kessler Ridge neighborhood and other developments nearby are concerned the plant will bring more dump truck traffic, noise, pollution and health issues.

Allan Myers, a construction company wants to put the asphalt plant on the site of a former concrete plant. That site is also next to the existing Branscome Paving Company asphalt plant. Residents say two asphalt plants would make their situation even worse.

"It's just nerve-wracking to have two of them together. One we can live with, two we cannot," said Becky Durham, a Kessler Ridge resident.

Last month, the Prince William Board of County Supervisors deadlocked on a tie vote to deny the special use permit to the paving company.

Tuesday, the board is expected to vote on the issue again. Supervisors are split on the issue.

Board Chair, Ann Wheeler, is in support of bringing the plant to the county.

"We have a business that wants to come here and invest $13 million in Prince William County, and once again we're going to say 'no.' It irritates me that we're a county that just says no to things," Wheeler said at a July board meeting.

Other supervisors say their stance on the issue has not changed, and they plan to vote against the plant again Tuesday.

"The nearby residents and Mullen students already suffer from inadequate buffering adjacent to this industrial park so it would be reckless of our Board to exacerbate their conditions caused by poor land-use decisions of previous boards," said Brentsville District Supervisor Jeanine Lawson.

Allan Myers has listened and responded to community questions and concerns with substantive solutions including solutions for the concerns around increased traffic and mitigation for noise and environmental concerns. The design, construction and operation of this facility will far exceed regulatory and safety standards and be among the cleanest and quietest facilities of its type in the country.

The paving company has also pledged to give $250,000 to Prince William County Public Schools over the next five years. That's in addition to the $100,000 the company recently gifted Mullen Elementary School for its virtual learning needs.

However, residents say they are not impressed with the company's gestures. They simply want them to find a different location. A petition with more than 500 signatures has also been circulating. 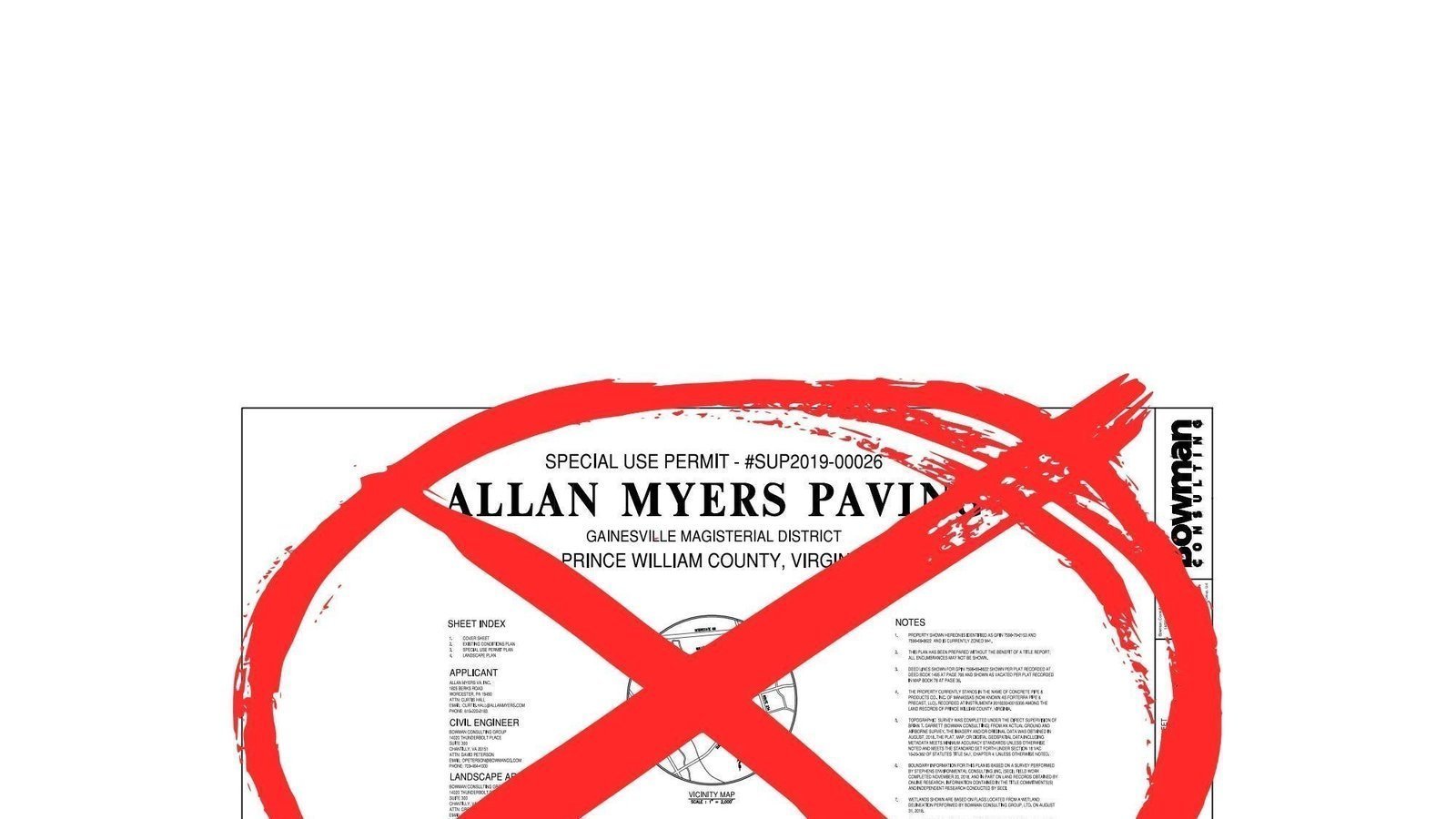 Sign the Petition
Oppose the application (SUP2019-00026) by Allan Myers for the construction of a second asphalt plant on Bethlehem Road. The proposed asphalt plant will create significant health and safety concerns for nearby neighborhoods and schools, double heavy truck traffic on a residential road, decrease home values and increase noise levels for area residents.

"My biggest fear is if supervisors would go ahead and approve this, it would really send people out of this neighborhood, and we have a good community here," said Mike Coffey, a Kessler Ridge resident.

The Board of County Supervisors is expected to vote on the proposal Tuesday at 7:30 p.m.