Detectives from the Major Crimes Bureau and Crime Scene Section investigated the incident and members of FCPD processed the crime scene. 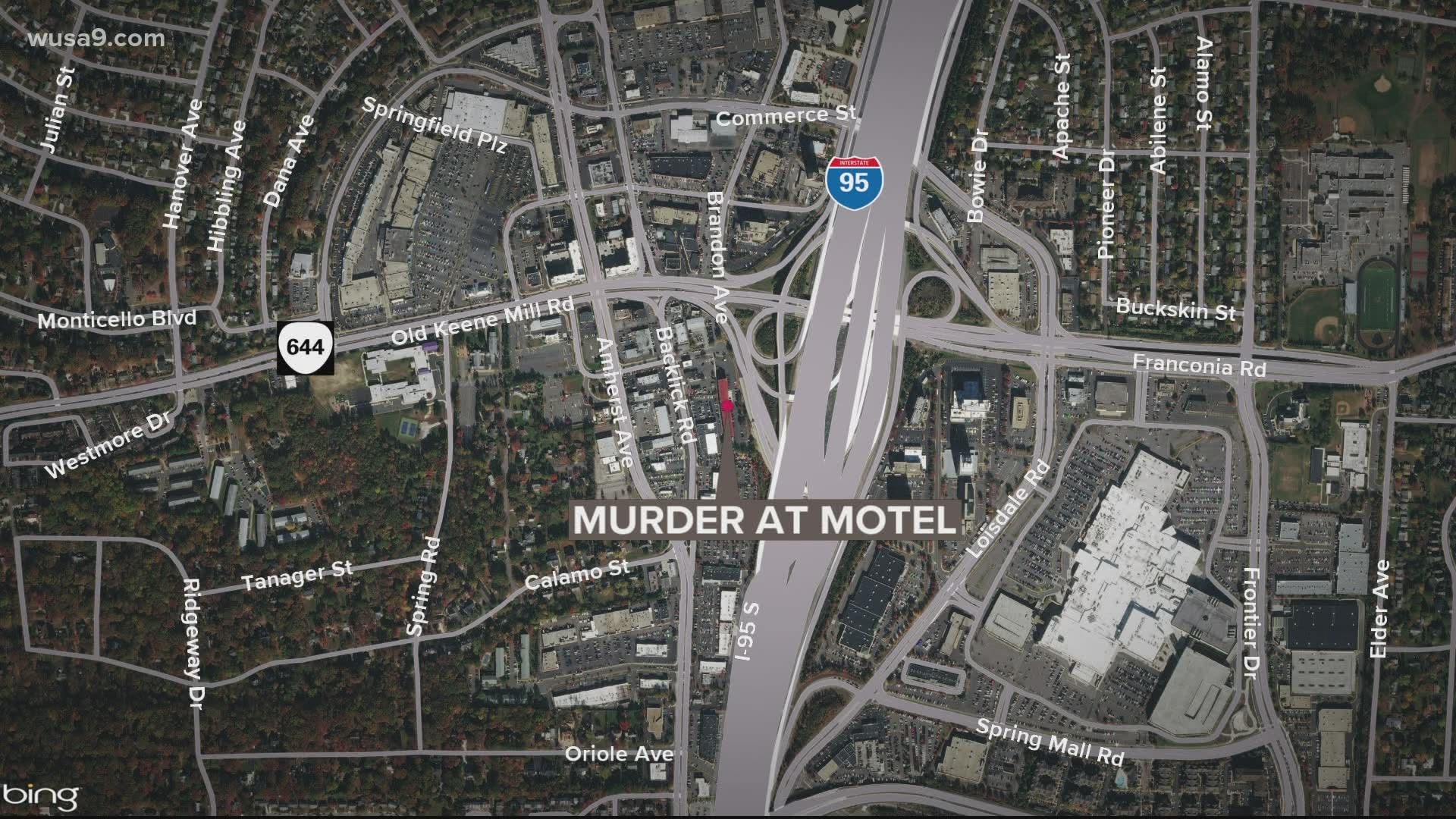 SPRINGFIELD, Va. — Two teen boys were arrested and charged for a shooting that led to the death of a juvenile at a Motel 6 in Springfield on Tuesday, Fairfax County Police Department said.

A juvenile male was found dead in a motel room in Springfield and police investigated the incident as a homicide, police said.

Fairfax County officers were called to a Motel 6 located at 6868 Springfield Boulevard around 9:41 p.m. for a report of a man found deceased in one of the rooms, police said.

Detectives from the Major Crimes Bureau and Crime Scene Section investigated the incident and members of FCPD processed the crime scene.

Detectives believe one of the teen boys was handling a firearm when he accidentally discharged a single round, killing the victim. Officers learned that several other juveniles were in the motel room at the time of the shooting.

Both teens were taken into custody and processed at the Fairfax County Juvenile Detention Center.

Crime Scene Detectives are processing the scene as the investigation of a suspicious death inside of a room at the Motel 6 continues. Updates to follow as information becomes available. #FCPD https://t.co/1vxavssDZt