Long-lost cat to be reunited with owner 800 miles away

Oliver, a sweet orange cat, was brought in to the VCA Woodbridge Animal Hospital last week by one of the facilities clients. 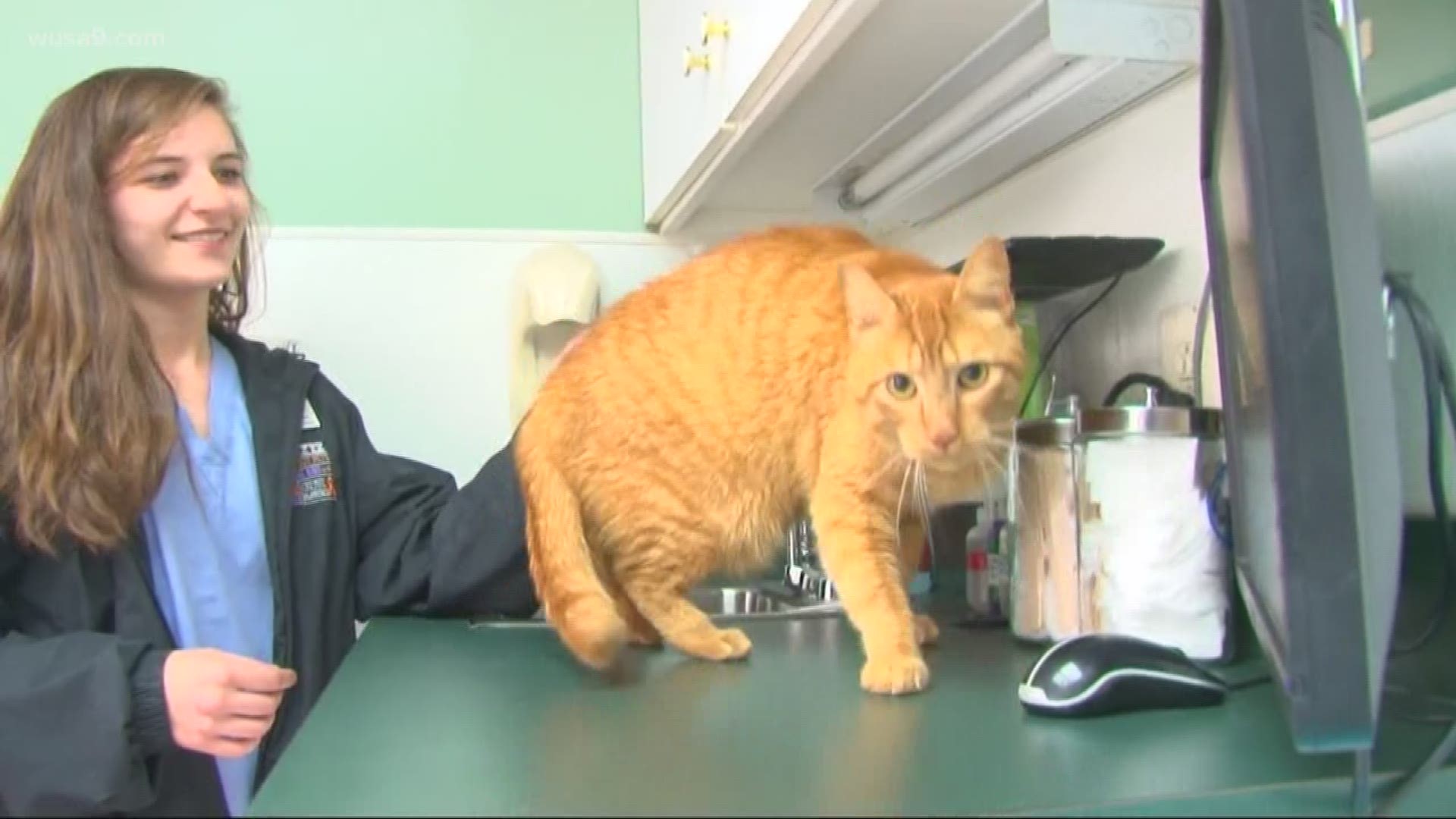 WOODBRIDGE, Va. (WUSA9) — A beloved pet cat that was missing for two years after jumping out of the car at an I-95 rest stop, will soon be reunited with his Florida owner.

Oliver, a sweet orange cat, was brought in to the VCA Woodbridge Animal Hospital last week by one of the facilities clients.

"She said it was just a stray that showed up that she’s been feeding for a few days. She wanted to get rabies vaccines to make sure the cat was up-to-date," because she planned to adopt the cat said Amanda Tubbs, a staff member.

Like they do for all new arrivals at VCA, they scanned him for a chip. They learned he was not stray. His name was Oliver. They called his owner.

“Was kind of in shock that we found his cat. He said he has waited two years for a phone call,” said receptionist Kim Twomey.

In 2016, Marcus Johnson lost Oliver when he was driving from New York to Florida on I-95 and stopped in Woodbridge.

"We stopped at a rest stop to go to the bathroom. I was with my two friends and I handed him to one of my friends so I could get out of the car because I was holding him. And he jumped out of her arms and got off the leash and ran off into the woods. And we went and we looked for him for like an hour. We couldn't find him, he wasn’t making any noise or anything. He was just gone. All three of us cried.”

They had to make the difficult decision to leave without Oliver. When Marcus got to his new home in Florida, he made calls to Woodbridge animal hospitals with no luck. Until now.

"Never happened to us before that a cat has been missing for two years. It's just a phenomenal story," said veterinarian Lisa Osier-Rodrigo, DVM.

"He was somewhere where they were taking care of him. Mr. Johnson reports to us that Oliver is significantly larger from when the last time he saw him, so he’s been eating well somewhere. He’s ah, he’s very healthy,” said technician Brian Akau.

Oliver began purring as he heard Marcus's voice over the phone. Marcus can’t wait to see and hold his beloved pet again.

"He was like a dog. He would go outside all day when I was at work. And then when I would come home I would just whistle and he would come running. He would wake me up every morning. he would like my face. He was just super cuddly. He's my baby," said Marcus.

He's driving from Ocala, Florida to Woodbridge tonight and hopes to be reunited with Oliver on Saturday.

“I’m super excited. I’ve been super anxious ever since I found out that’s he’s ok and safe”

Marcus is thankful he had a chip put in Oliver. He also registered his pet with the chip company.

However, vets say that many people who get their pets chipped forget to register their pets with the chip maker, which means the pet will not identified and thus, defeats the whole purpose.