Leesburg Mayor Kelly Burk said the family that owns the property the Leesburg Mobile Home Park sits on has received a purchase from a company to buy it. 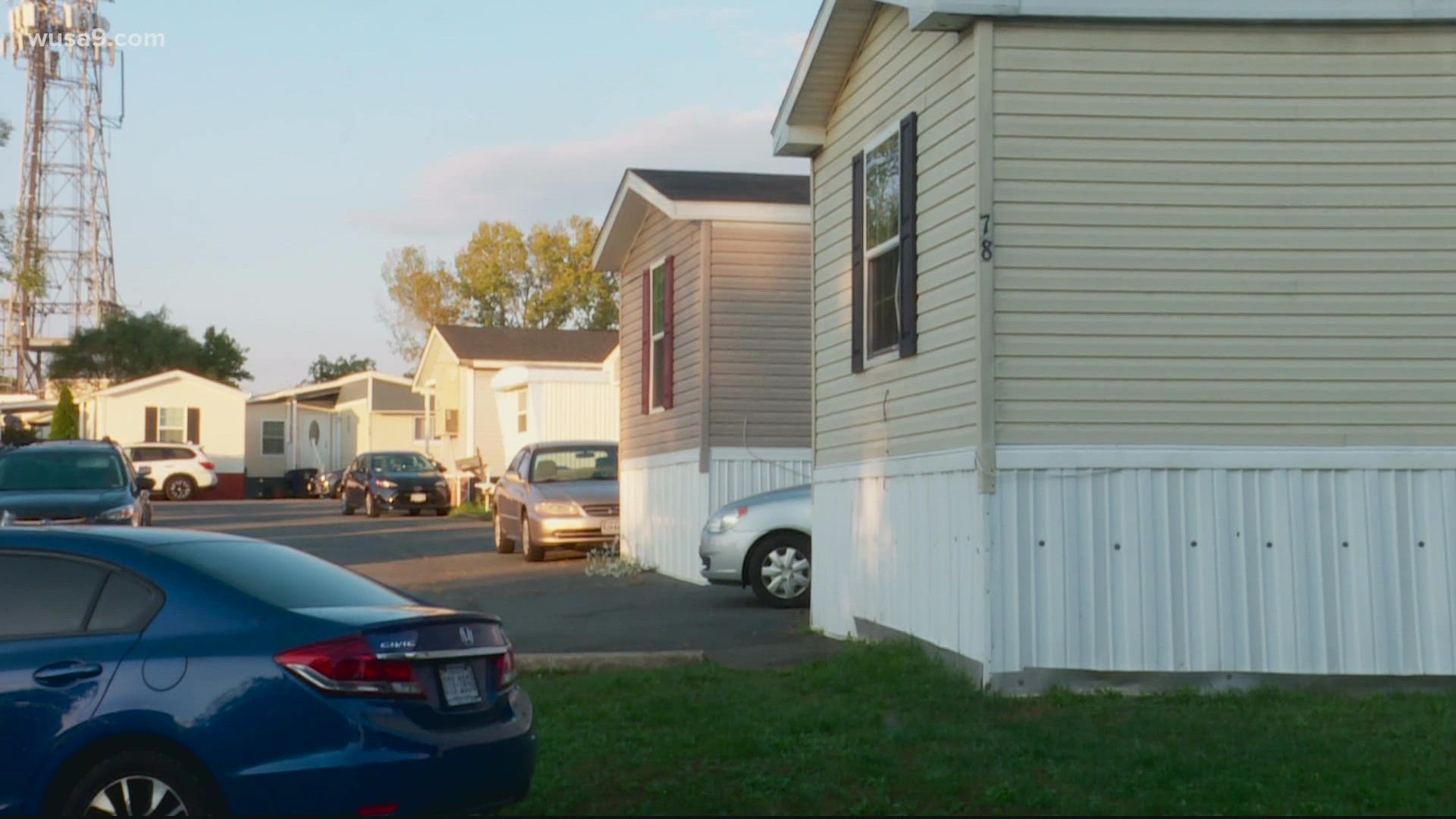 LEESBURG, Va. — Dozens of families who live in a Northern Virginia mobile home park are asking local leaders to help them protect their homes from future development.

In September, residents of the Leesburg Mobile Home Park, along South Street SE, in Leesburg, received letters from a company named Crescent Mobile Partners LLC. The letter informed residents that the company was the new prospective buyer of the property the mobile home park sits on.

Roughly 75 families live at the Leesburg Mobile Home Park, according to residents. Some locals have said those families account for roughly 600 people.

At the Leesburg Mobile Park where residents are holding a meeting about a development plan that could potentially displace 75 families. Leesburg councilmembers and mayor are in attendance. (@wusa9) pic.twitter.com/uhmYzJnx1f

On Wednesday, many of those families met with Leesburg town leaders in a park in the middle of the neighborhood to discuss their concerns about what could come next for the property.

Burk told residents the family that owns the mobile home park for decades had put the property up for sale and had received an $11 million offer for its possible purchase. The property has not been officially sold yet.

She said the Town of Leesburg could not interfere with the sale between private parties in accordance with Virginia law.

“They’re not backing out at this point, and as long as they have a contract and they are negotiating, we cannot get involved with it,” Burk said.

However, the mayor said the town was committed to helping residents in the mobile home park however it could, even if that means looking for housing for them elsewhere in Leesburg in the future.

Some residents did ask if the town had made considerations to buy the land. Burk said such considerations would create more questions for the town to research and answer.

“Does the purchaser who just bought it want to sell it again? If we bought it, do we have to pay more for the property because of his losses?” she said. “All of that is stuff that we have to talk about and find out, but those are things that we have to do in the next few months.”

Vice Mayor Martinez did reiterate the town was committed to helping people who live in the mobile home park.

“We are doing our best to do what we can to preserve this community,” he said.

But resident Americo Lopez says he is not so sure about that commitment expressed by town leaders. He says he and his family have lived in the Leesburg Mobile Home Park for close to seven years.

Lopez questioned why Crescent Mobile Partners LLC was so interested in buying the mobile park land in comparison to any other location in the town where people do not live.

In its letter to residents, Crescent Mobile Partners LLC said if it chooses to exercise its right to purchase the property, it anticipates closing on the deal by the end of the year.

Crescent Mobile Partners LLC says it is in the process of conducting inspections and reviewing property documentation before it makes its next decision as to what it would like to do with the mobile home property.

The company wrote in its letter to residents that if it were to buy the property in December, it would expect to continue with “business as usual” at the mobile home site for at least a minimum of 12 months.

WUSA9 reached out to Crescent Mobile Partners LLC for further comment but has yet to receive a response. 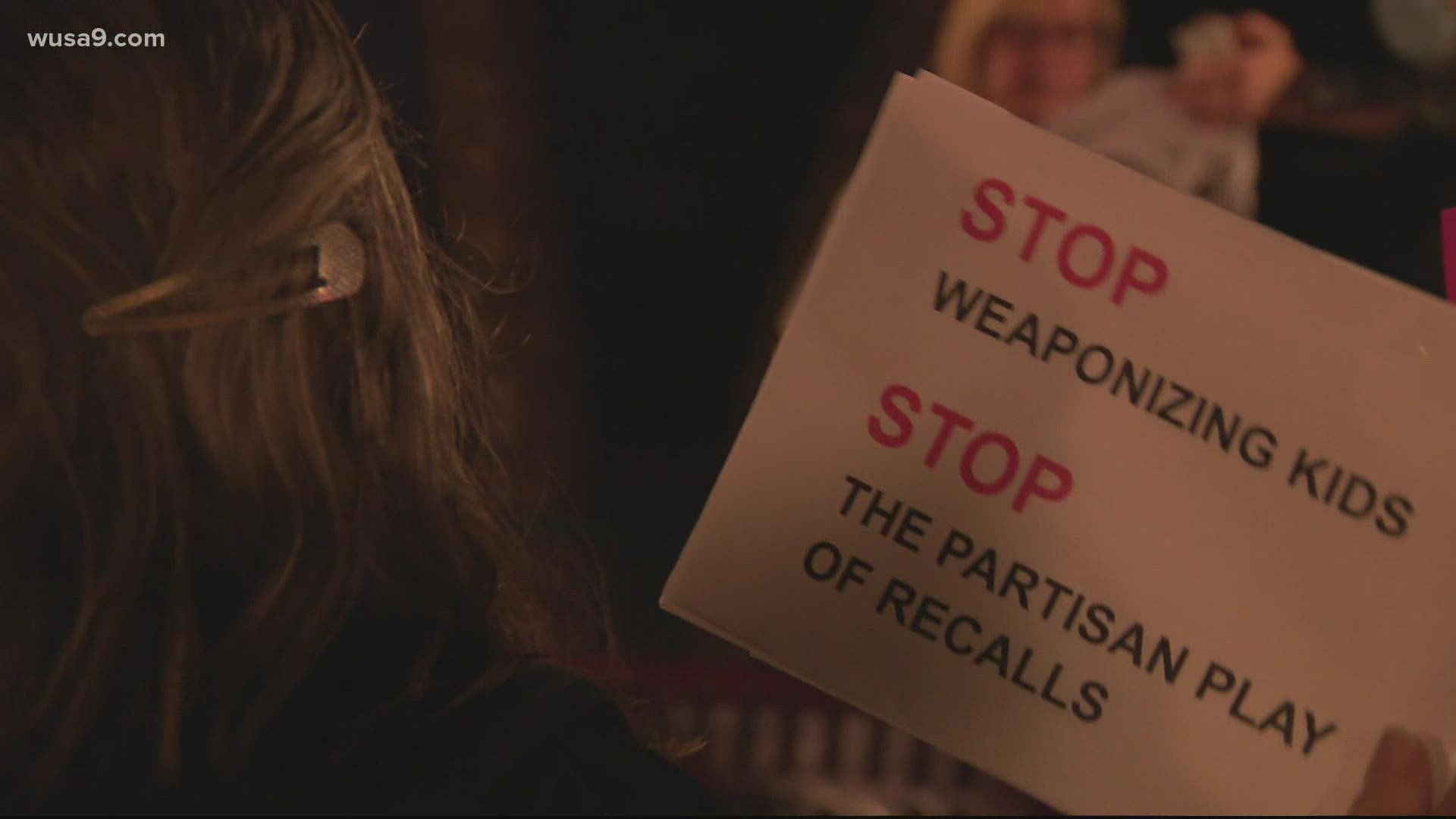