"I had an opportunity to show some humility and do something that was good for the soul." 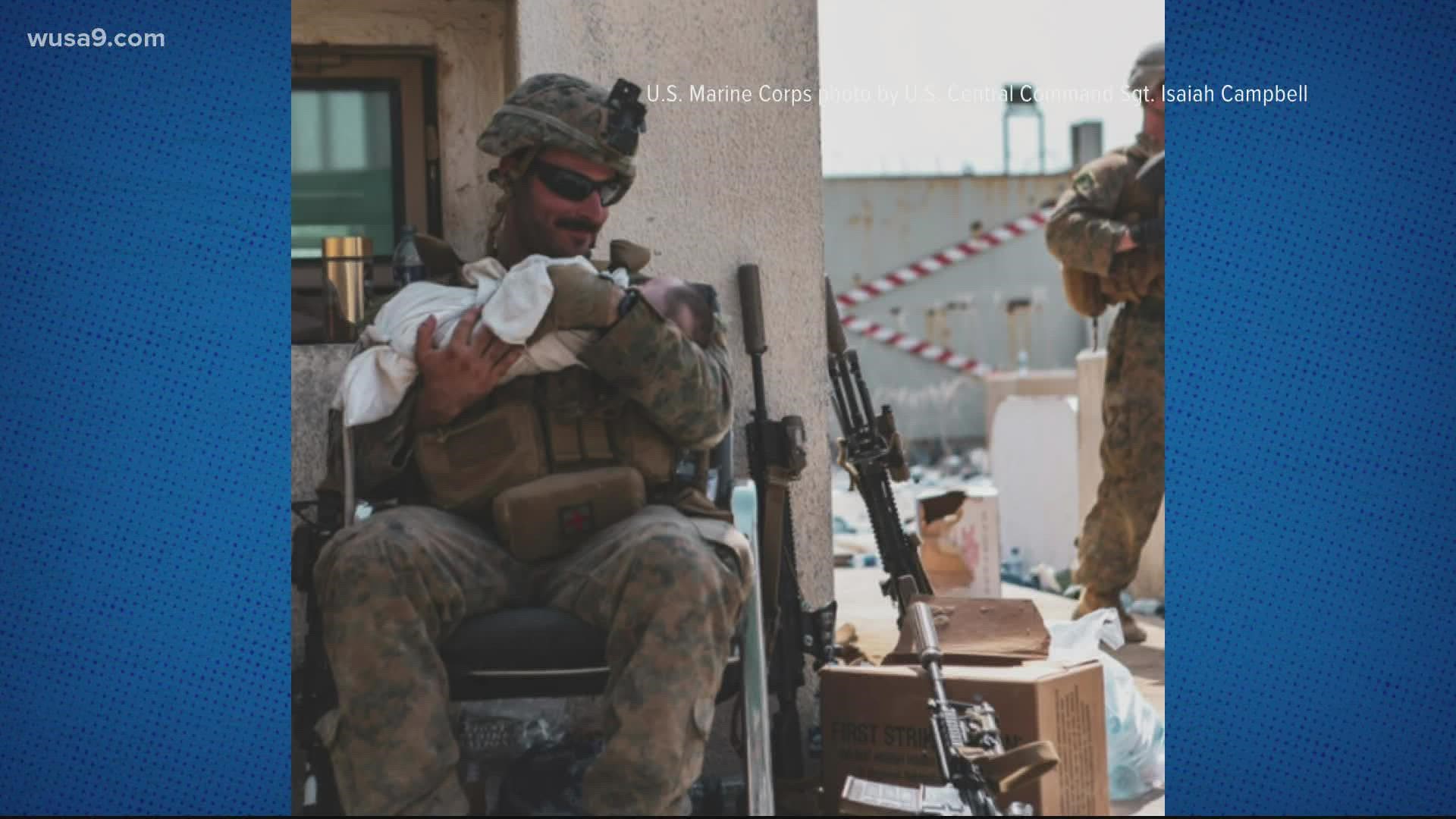 KABUL, Afghanistan — Meryl Jaffe wakes up most mornings at her New York home to read about the weather in Kabul and hopes her son Sgt. Matt Jaffe will respond to a text halfway across the world. It's one of the little comforts this military mother has with her son in the middle of a U.S. military crisis.

But a recent viral photo of her son, a 2016 graduate of the University of Maryland, with his arms wrapped around a rescued Afghan infant, has Meryl and her husband Steve Jaffe more hopeful he will return safely to them.

"It was just so wonderful to see his face because we've been so worried," Meryl Jaffe said. "And just to see, you know, he's okay. To know that person smiling is Matthew, holding the baby … that’s our Matthew."

The photo of Matt Jaffe was recently featured as part of a military Facebook publication, which showed him holding a baby at Kabul's airport amid the fall of Afghanistan into Taliban hands.

With more than 2,000 U.S. Marines currently supporting evacuation operations in Afghanistan, Sgt. Matt Jaffe was pictured holding and calming an infant at Hamid Karzai International Airport on Aug. 20. He reportedly connected with the infant when meeting them earlier that day with another Marine.

"I had an opportunity to show some humility and do something that was good for the soul," Matt Jaffe said. "I’m not looking for fame or praise, I was just doing my job and doing what I felt was right. We’re all people at the end of the day.”

Originally from Manhattan, New York, Jaffe moved to Maryland when he attended the University of Maryland at College Park, graduating with a degree in criminology in 2016. He has spent the last five years in the Marines and is on his third deployment.

Steve and Meryl first saw the photo of Matt when their daughter Rebecca found the picture of her brother on social media. For Matt's parents -- and many military families in the United States -- photos like this one are a small moment for them to see their loved one is alive and doing well.

Steve and Meryl also said the responses from Facebook military family groups they are a part of have been overwhelmingly supportive, and that they are proud of their son.

As for the photo itself, Steve believes it speaks to a higher meaning and example of service.

"I think that the photograph goes beyond Matthew, being our son ... I think it's much bigger than that," he said. "It's a much bigger statement to everybody in the U.S. and around the world that Marines are doing their job. And despite the perilous situation, I think it really brings a lot of humanity to the cause."

Many Afghan allies are still awaiting safe passage from the country, with photos of infants and children being handed to troops guarding the airport during the evacuation popping up every day.

The infant in the photo with Jaffe is now with its father, who was located at a nearby hospital. And Matt Jaffe continues to receive countless messages through Facebook messenger, as his post has been shared over 16,000 times.

“I’m just a Marine, same as the men and women I serve beside, doing a job to try and help people and protect people," Matt Jaffe said. "It’s pretty grim out here and sad."

Upwards of 6,000 Afghan refugees of arrived recently in Virginia, according to recent comments by Virginia's Gov. Ralph Northam.

President Joe Biden and the White House have not waivered from wanting all United States military personnel out of Afghanistan by Aug. 31, but have asked Pentagon and military officials to create a contingency plan if Americans and Afghan allies still need to be evacuated.

For Steve and Meryl, they just want their son home. With a few months left on his deployment, they don't know a lot of what he's personally faced in his time in Kabul, and the time change doesn't help. But the family said they thrive on the few texts he can send when not enthralled in the evacuation.

No plans are made of what to do once he's back. It's too far ahead to plan amid the worries they and many military families face during the Kabul evacuation. But a lasting comfort that they have seen proven to help them is the support they have received, and given, to military families. That support is what will help them last through these next few months.

"I know, myself, I don't feel alone, I feel that there are so many people supporting us, the beautiful messages of people who know us, don't know us, but all want the same thing is knowing that our troops are doing a very, very difficult job, a very dangerous job. And it's not over yet," Meryl said. " So many people care about us and care about our troops. And are looking forward to when they complete their mission. And they're either back home, or if they're to the next place that they need to be deployed."

RELATED: G-7 grapples with Afghanistan, an afterthought not long ago 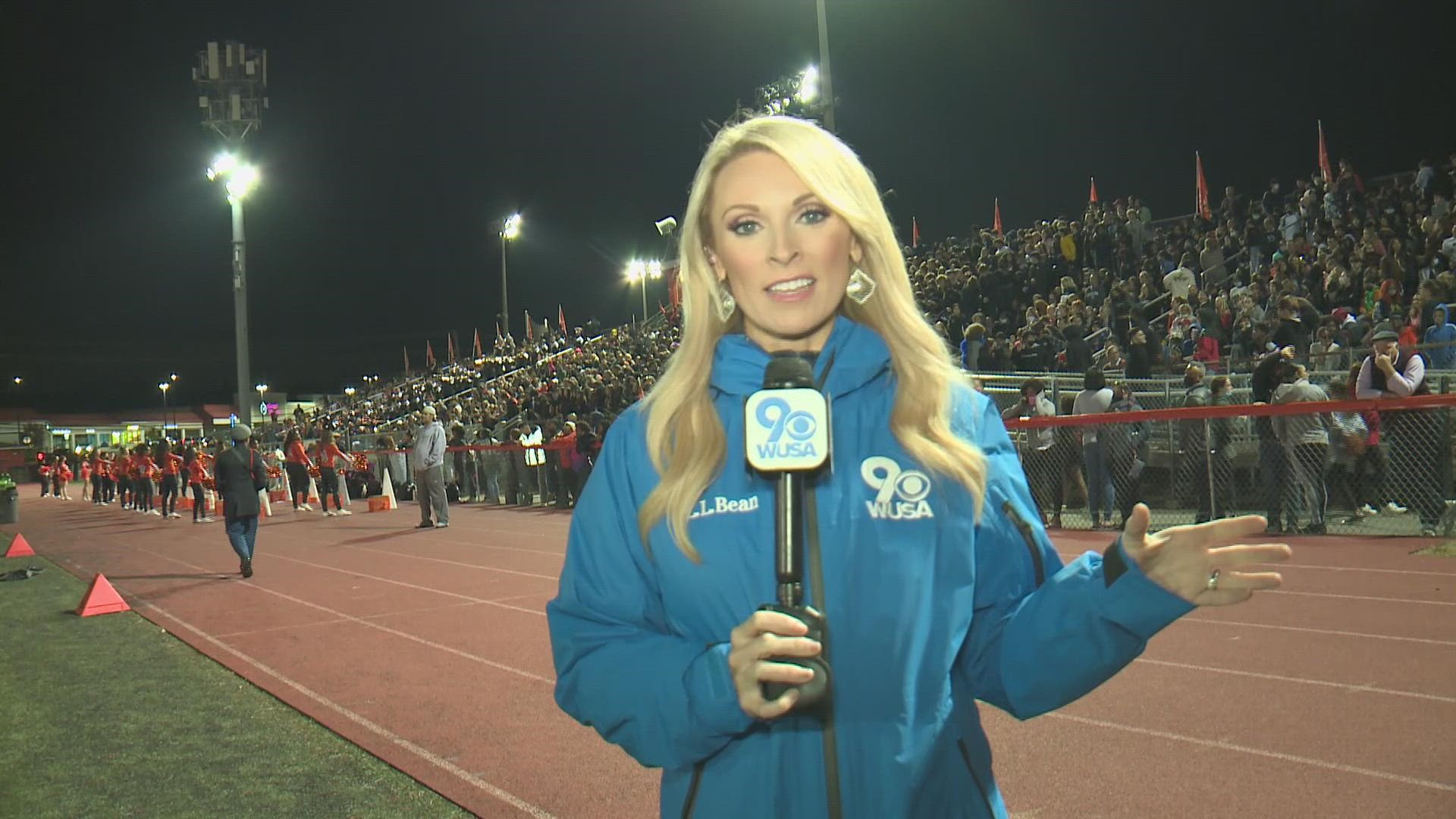