The winning ticket was bought at a Safeway located at 5980 Kingstowne in Alexandria, Va. 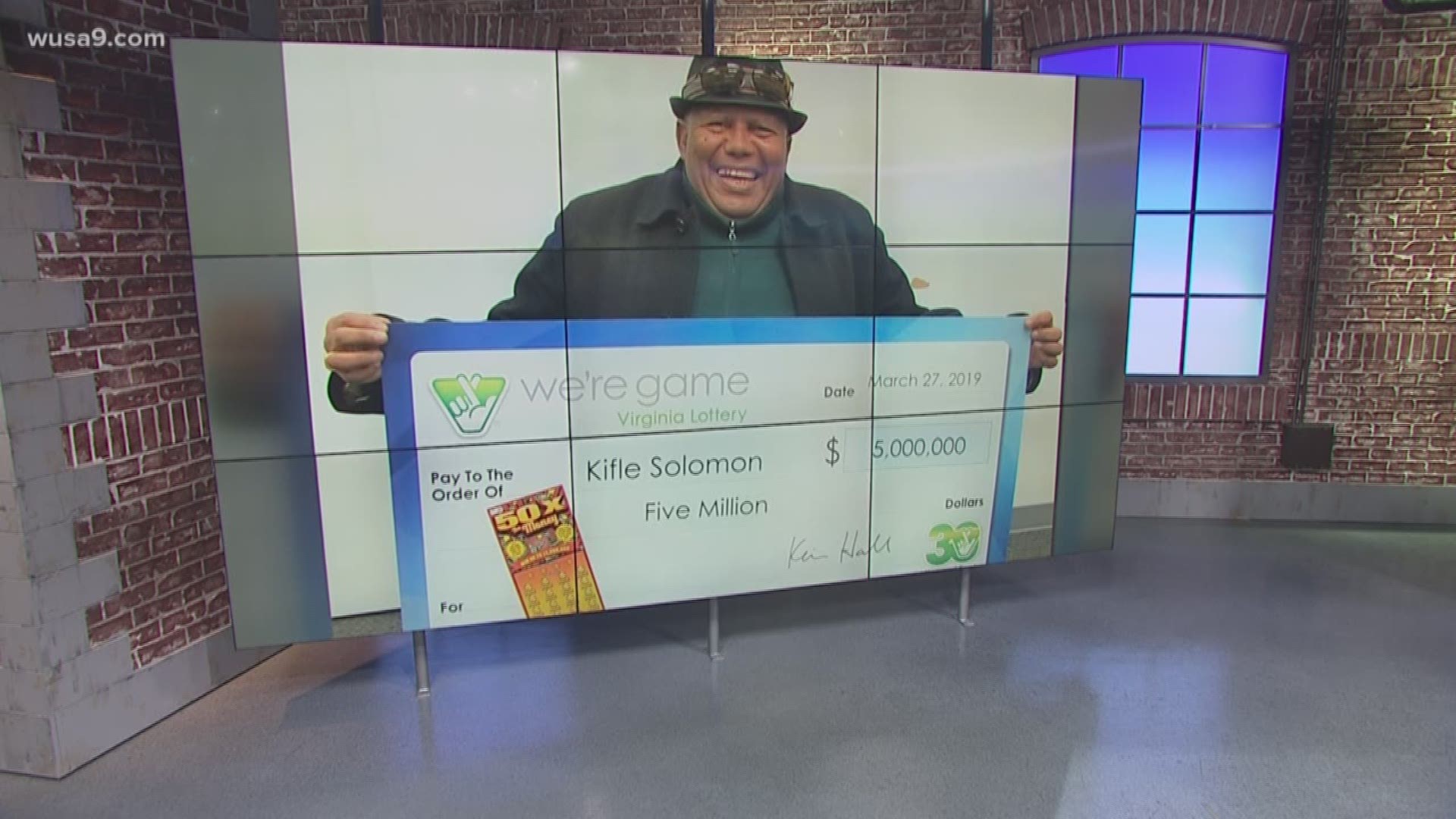 ALEXANDRIA, Va. — An man from Alexandria, Va. won big on Wednesday when he walked into a Safeway to buy some lottery tickets.

Initially, Kifle Solomon bought Powerball tickets, with his eyes on the estimated $750 million prize. With his leftover cash, he also decided to buy a scratch off lottery ticket.

Solomon didn't win big with the Powerball, but he got the surprise of a lifetime with his 50X The Money scratch off ticket.

“I couldn’t believe my eyes,” he told the Virginia Lottery after winning.

Solomon won the game's top prize of $5 million, according to the Virginia Lottery.

The winning ticket was bought at a Safeway located at 5980 Kingstowne in Alexandria, Va.