Five members of the Fairfax County Fire Department are on the ground helping the country after back-to-back hurricanes. 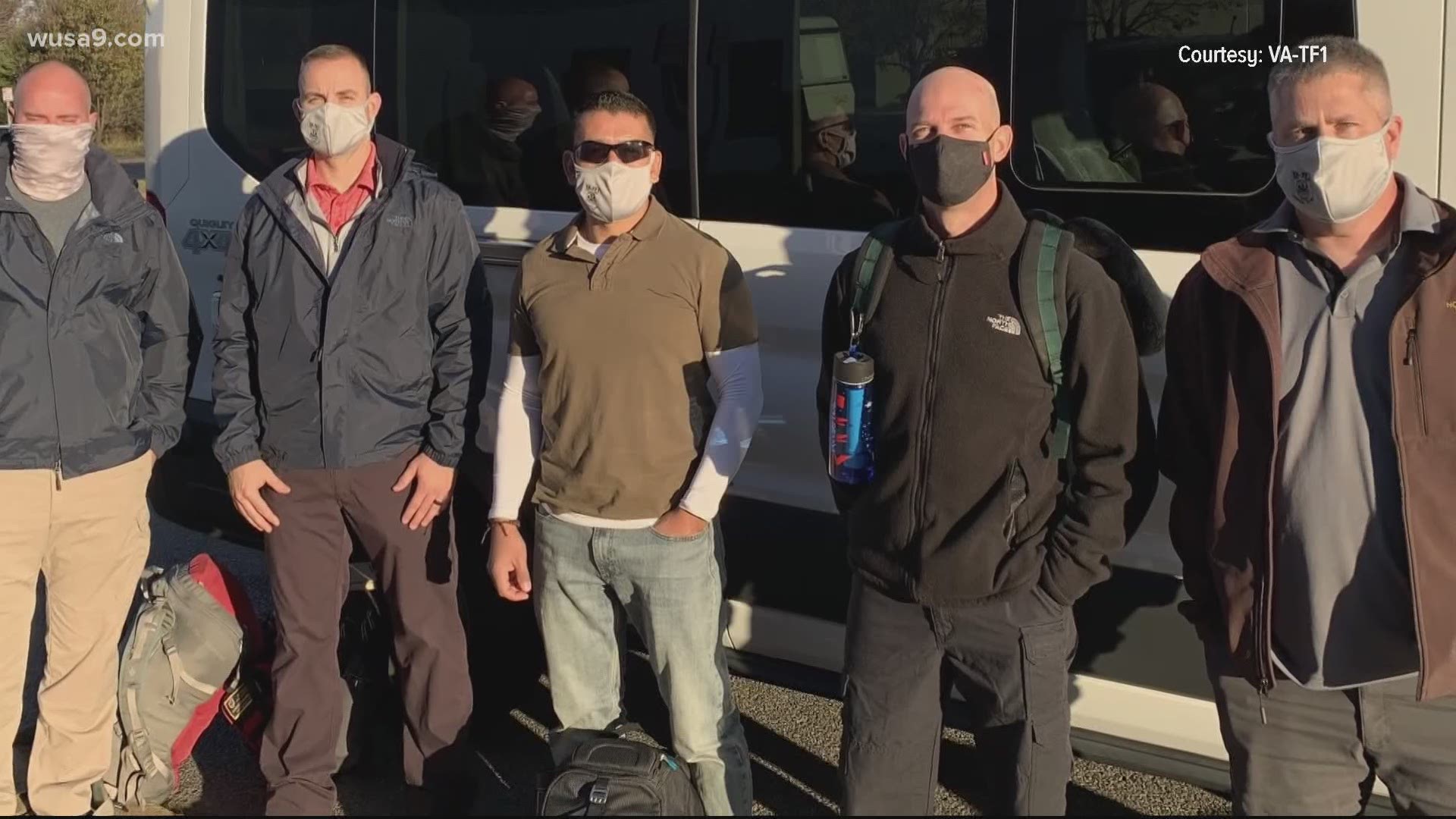 FAIRFAX COUNTY, Va. — A Thanksgiving meal of military MRE's is how five members of the Fairfax County's fire department spent the holiday in Honduras while it helped a country recover from major hurricanes.

After the double punch of monster Hurricanes Eta and Iota, Virginia Task Force 1 has been helping people recover from multiple hurricanes that have rocked Honduras.

The five members of Fairfax Fire and EMS, along with the rest of Virginia Task Force 1, are working with the UN and USAID in Honduras. The group is on the same mission as the Columbian Navy.

The task force has performed a variety of task, including helping local search and rescue efforts with communications, and mapping.

Virginia Task Force 1 has documented how its helped the country via Twttier, with regular posts about how their work has helped people that are hundreds of miles away from the DMV

Happy Thanksgiving from the Americas Support Team in Honduras! Meals Ready to Eat (MREs) are on the menu...@ffxfirerescue @USAIDSavesLives pic.twitter.com/OQESbYiOfW

A Honduran minister has called the back-to-back hurricanes the greatest catastrophe of the country's history.

The Red Cross believes it could take nearly two years for Honduras to fully recover.

The Washington Post reported that over 340,000 Honduran people had to evacuate there homes due to the impacts of the hurricanes.

Honduras has reported that 94 people died from the hurricanes that hit the region, according to BBC News.