Friday night lights are back on in Virginia after more than a year without high school football. 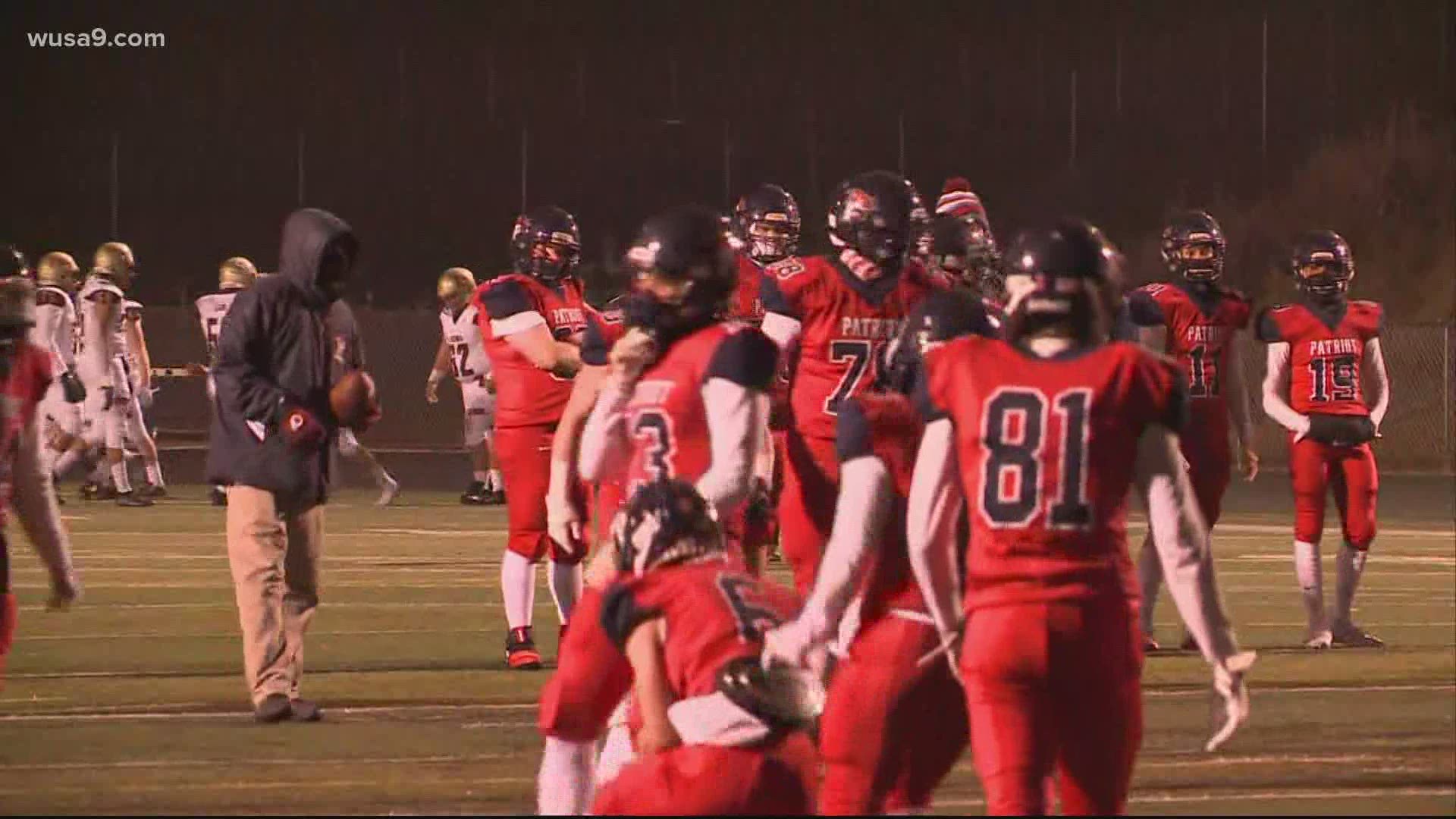 NOKESVILLE, Va. — It may be February, but Friday night lights are back on in stadiums across Virginia!

This is a first for Virginia high schools, and the first time the football players at Patriot High School in Prince William County took the field in more than a year. The COVID-19 pandemic forced fall football to be canceled. But these athletes are finally getting a season.

This is far from a traditional football season. Each team is only scheduled to play six regular season games. Patriot's only had a few weeks to practice and prepare for their first game against Unity Reed.

There have been no pre-season scrimmages due to COVID-19 protocols. The players must wear masks at all times, and some are even choosing to wear special masks around the outside of their football helmets.

Patriot head coach Sean Finnerty is always making sure his team is following the rules. "Mask up, mask up, mask up! You'll always hear me say that. The kids also need to stay distant. They always want to drink water and congregate together and we are constantly pushing them apart," Finnerty said.

It was quieter than most football Friday nights. Only 250 spectators will be allowed an any football games this season. Each player, cheerleader and band member of the home team is given two tickets to distribute as they like.

Chelsea Bates is a parent of a Patriot player and told WUSA9 that, despite the cold February temperatures, she's just happy her son gets to play football again. "It's amazing and he's been waiting for this for such a long time, just like all of his teammates. We are just so happy and proud of them. We are really excited for them," she said.

No visiting team fans will be allowed at games, but have the option of watching through an online streaming service. Unfortunately that service isn't free and, according to one parent at Patriot, costs nearly $80 a year.

Many are making sacrifices for this football season to happen, and Finnerty said he's worried that their first game could also be their last with all the uncertainties that come with playing during a pandemic. He's been telling his players to seize each moment and opportunity they're given.

The first touchdown here in more than 15 months! Welcome to high school football...in February! Virginia H.S. Football is back for a shortened six game season. We are live at Patriot High tonight on @wusa9 @WUSA9sports #hsfootball pic.twitter.com/5wXF0SZakM