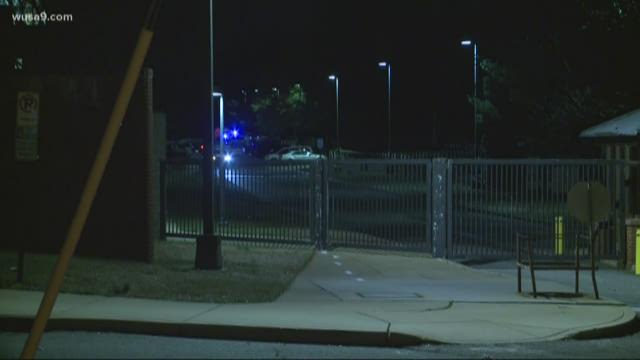 Several people were evaluated after an unknown substance was discovered in an envelope, triggering a hazmat situation at Joint Base Myer-Henderson Hall, previously known as Fort Myer Base, in Northern Virginia.

The Fort Myer Fire Department on Twitter confirmed multiple crews were on scene at Henderson Hall Building 29, an administrative building on the base.

Eleven people started feeling ill after a letter was opened inside the building around 3:30 p.m., Arlington County Fire officials confirmed. Three of them were transported for further examination. The three Marines who were transported for additional medical evaluations were released from the hospital Tuesday night.

The U.S. Marines tweeted saying people inside the building "took immediate preventative measures by evacuating the building." They also said several Marines are receiving medical care because of the incident.

An envelope containing an unknown substance was received, today,
aboard Joint Base Myer-Henderson Hall. Personnel in the affected building took immediate preventative measures by evacuating the building.

All patients got out of the building and have been decontaminated, the Arlington County dispatch said. Hazmat crews are examining the letter. The FBI also is helping with the ongoing investigation.

At least a couple other local fire departments were tweeting about the incident, and said they’re responding to help firefighters at the scene.

Our Hazmat Team members and Aide 215 are assisting @FortMyerFire and @IAFF2800 Firefighters on a Hazmat Incident at the Fort Myer Base.

This is a developing story and will be updated as more information is learned.