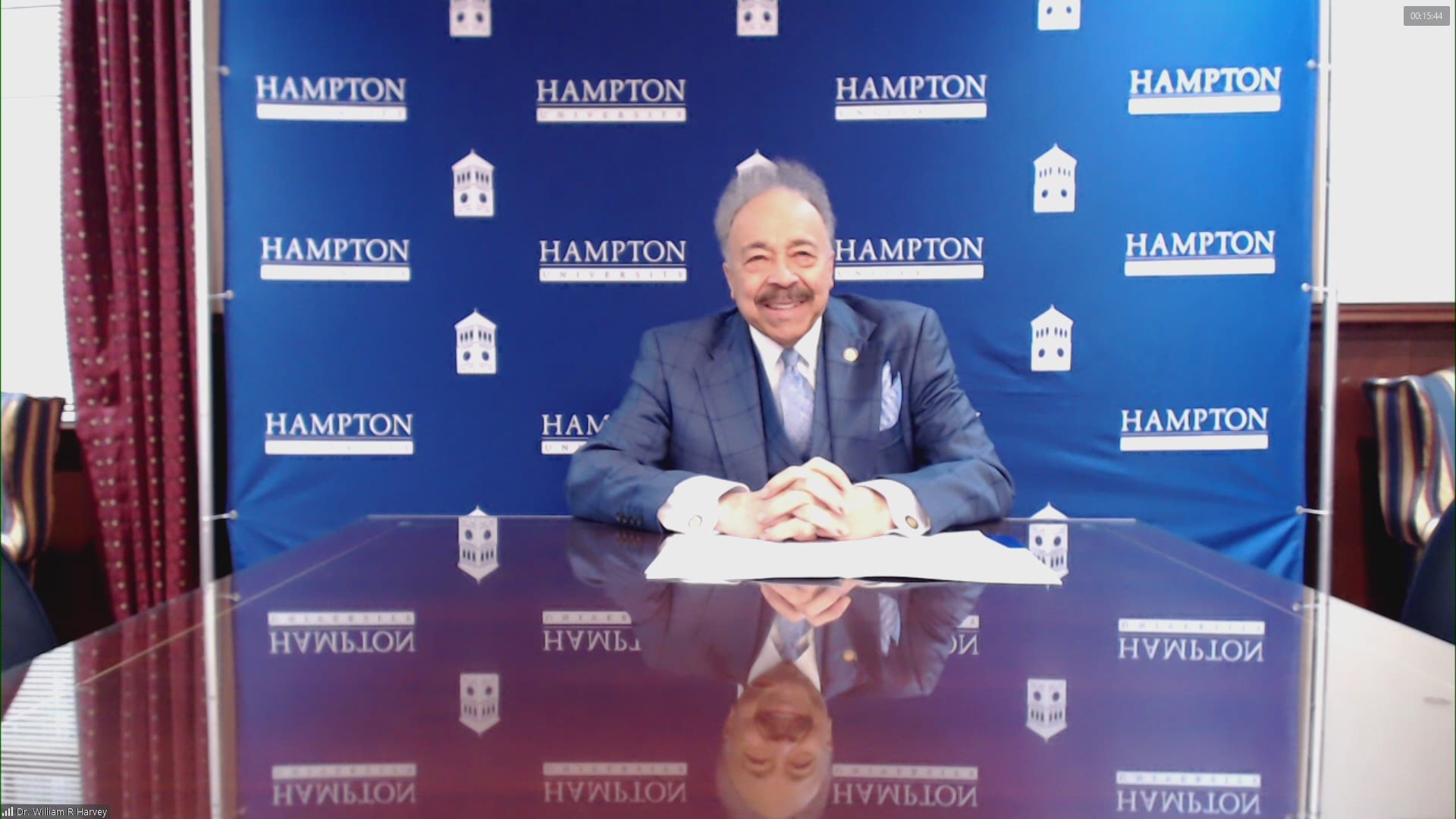 His more than four decades of leadership at Hampton stands among the longest tenures of a sitting president of any college or university in the United States. While his charismatic leadership has resulted in tremendous growth and success for the university, Dr. Harvey says the time has come for him to step down.

Harvey has announced that he will retire after 43 years at the helm of this esteemed HBCU located in Virginia. Dr. Harvey leaves behind an indelible legacy that includes more than 90 new academic degrees, a dozen new doctoral programs, 29 new buildings , the establishment of the largest free standing proton beam cancer center in the world, launching four satellites still flying in space and an endowment that has grown from $29 million to over $300 million.

A gifted author, lecturer and successful businessman, Dr. Harvey plans to continue to be of service in the world of business and education after he retires and will complete book projects currently underway.

On a personal note, when I arrived at Hampton University in the fall of 1984, I was instantly struck by the stately, mustached Dr. Harvey, always in a sharp suit and walking among his students. His leadership, strength and confidence reminded me of my own father and to many us, he was indeed, a father figure while we were away from home. I remember his young children playing on the lawn of the President’s home, which sits right on the banks of the Hampton river, his daughter Kellye still in ponytails.

For many of us, our time at Hampton University was made even more special because Dr. Harvey was a part of it and we are forever grateful.

Dr. William R. Harvey will retire in June of 2022 but his legacy will live on forever.