"The very first morning when I woke up I had attempted to take a shower and the hot water heater had blown so I had no hot water. I also noticed when I turned on the water that the water smelled. It had a very metal type of smell to it." 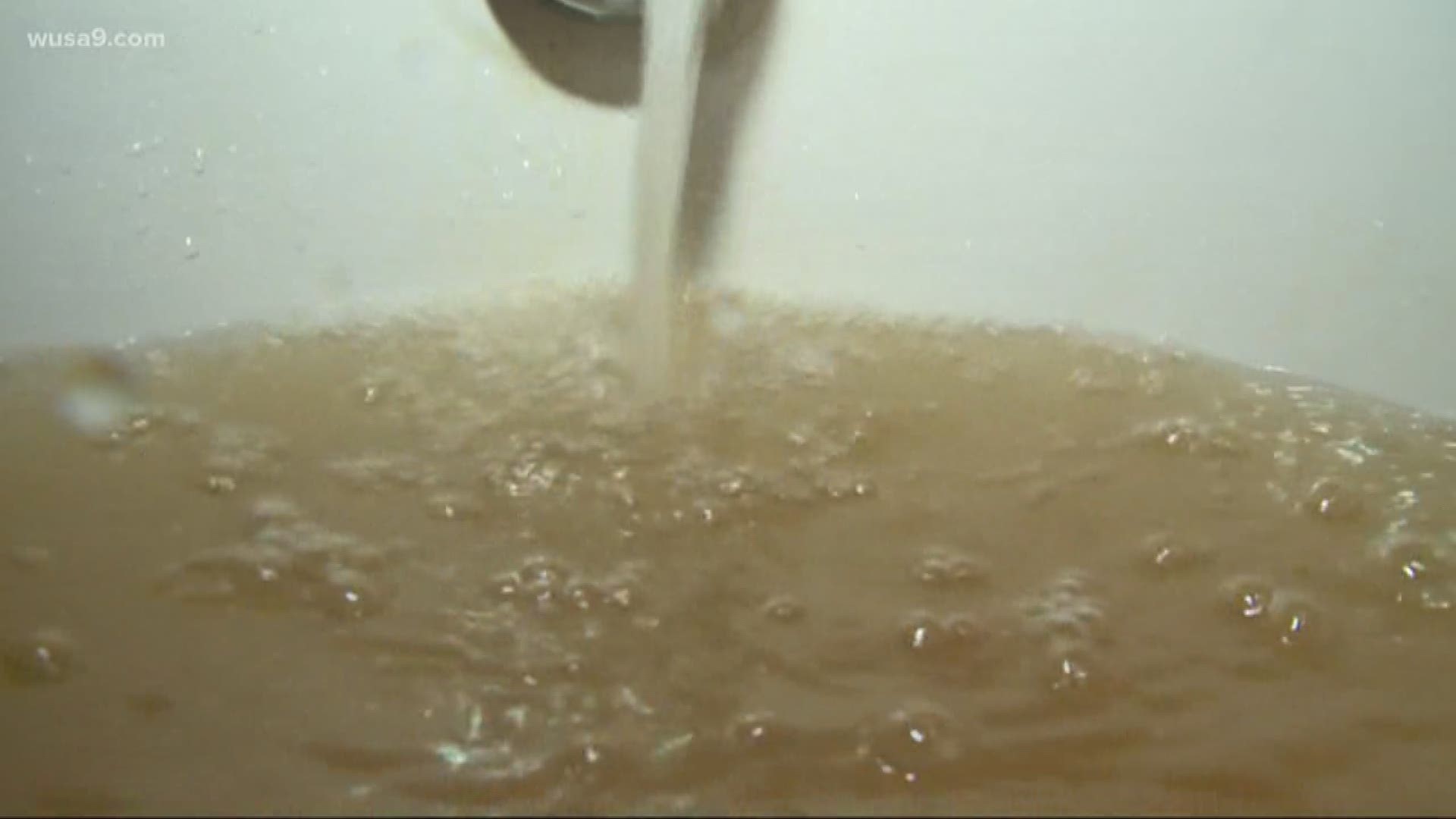 STAFFORD, Va. -- "It was very, very, very moving," said Amanda Hobbs, reflecting on her first day in her new home in Stafford, Virginia.

"It was one of those surreal moments when you just cannot believe you are a homeowner."

Hobbs is an Army veteran, raising a teenage son, working two jobs and going to college.

"The very first morning when I woke up I had attempted to take a shower and the hot water heater had blown so I had no hot water. I also noticed when I turned on the water that the water smelled. It had a very metal type of smell to it."

Habitat for Humanity fixed the water heater, but other issues lingered.

Turn on the faucet, and in seconds, a putrid smell fills the bathroom. Minutes later rushing water looks like coffee.

"It's not just the smell, it has a really bad taste to it too," Hobbs said. "Like raw sewage, rotten eggs, like trash. It tastes like trash."

The problem? Her water is heavy with iron. She has well water - that's noted on construction paperwork she gave to us. But Hobbs says Habitat for Humanity never warned her about the color and smell. She said treating the water could cost thousands of dollars.

"They put me in a house and then they dropped me," Hobbs said.

The executive director for Greater Fredericksburg Habitat for Humanity, Cassie Kimberlin, declined WUSA9's request for an interview. She wrote in an email, "The safety and well-being of our homeowners is always our top priority. The home in question is on a well system, and the water has been certified as safe."

Hobbs is opting to use bottled water.

"This is where I keep all my extra water, my spare water," she said, pointing to a laundry room with groups of gallon-sized jugs of water.

The problems don't end once the water turns off. Cracks are snaking through her walls, even after Habitat for Humanity fixed the foundation.

We asked if Hobbs worries about her safety.

Habitat for Humanity told WUSA9 in an email they stand by their work and have "addressed or are addressing all of these issues in accordance with code."

The non-profit added they learned Friday they had received a donation "to fund the purchase of a water filtration system for Ms. Hobbs' home. Habitat will have the system installed at no cost to the homeowner."

It's important to point out Habitat for Humanity's donation is a kind gesture, not an obligation.

Tommy Thompson, an inspector for the Stafford County Department of Health, told WUSA9 home builders aren't typically responsible for installing a treatment system for well water. That responsibility falls on the homeowner and no one is required to purchase a treatment system.

Hobbs told WUSA9 in a follow-up email that she is "elated and excited to hear that someone will be donating a water filtration system on [her] home to ensure [her] appliances and home does not rust away, [she] will be able to drink [her] water, bathe in [her] water without smelly water, brush [her] teeth with clean water, and more. [Her] concern still stands strong for other partner families with Habitat for Humanity."