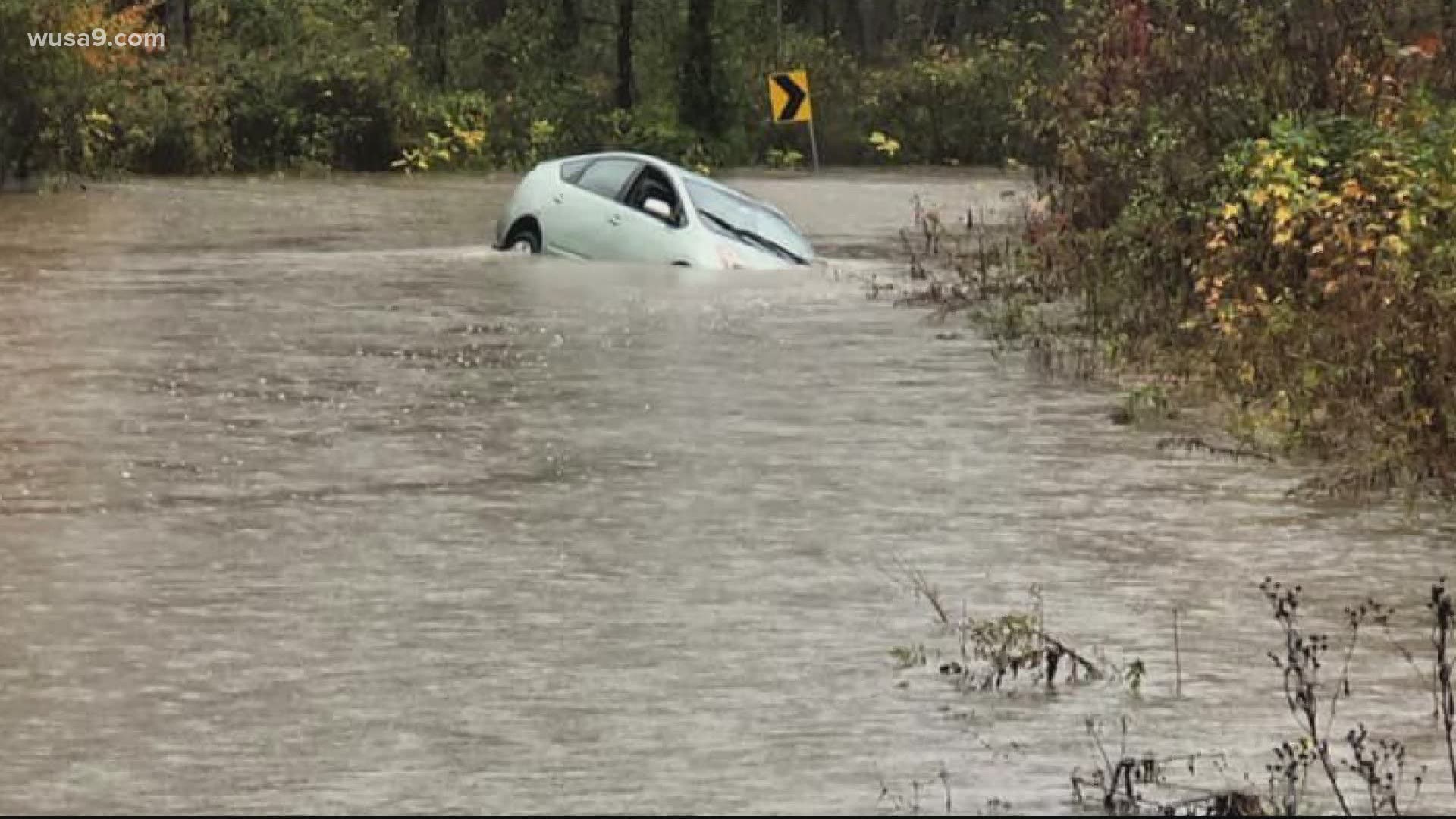 WASHINGTON — Two good Samaritans helped a Stafford County woman after she found herself trapped by floodwaters.

Stafford resident Maria Edgar said she was on her way to a doctor's appointment two weeks ago when she encountered floodwater along Brooke Road.

Edgar said she decided to drive her Toyota Prius through the water because she was in pain and needed medical care.

But Edgar said the water proved too swift for her car. It ultimately lifted her Prius off the roadway.

Edgar said she had to climb out of a window as water rushed inside her vehicle.

She said when she got outside she heard a man yelling in her direction.

The man who came to Edgar's rescue was Joseph Sirko.

He told WUSA9 he had turned around on Brooke Road after he noticed it had closed due to flooding.

Sirko said Edgar's car passed his vehicle, toward the floodwater, soon after.

"I thought to myself, there is no way that Prius is going to make it through," he said.

Sirko said he did not give it a second thought to get outside of his car and help Edgar. He said, at that point, he was up to her chest in water.

"She was scared and needed help," Sirko said. "I wasn't sure if she would make it on her own."

Sirko gave Edgar a jacket to keep warm after taking her to dry land.

RELATED: 'Small act of kindness meant so much to us' | Newlyweds search for good Samaritans who rescued marriage certificate

Edgar said a man named Rick Rowell then waded back through the water to get her purse and cellphone.

"These people treated me as if I were their family and I'm so thankful for that," she said.

Sirko said Edgar recently came over to his house to visit his family.

"I would add for the record that Miss Maria is one of the nicest ladies I have had the pleasure to meet," Sirko said. "I do not deserve recognition - it was just the right thing to do."

Both Edgar and Sirko say flooding along Brooke Road, near Marlborough Point, is not uncommon.

Edgar says she will not try to drive through floodwaters like that again.

This story was first reported by the Fredericksburg Free Lance-Star.