Businesses in DMV could feel impact of gasoline supply shortage

An Alexandria gas station had to close late and open early due to high demand. 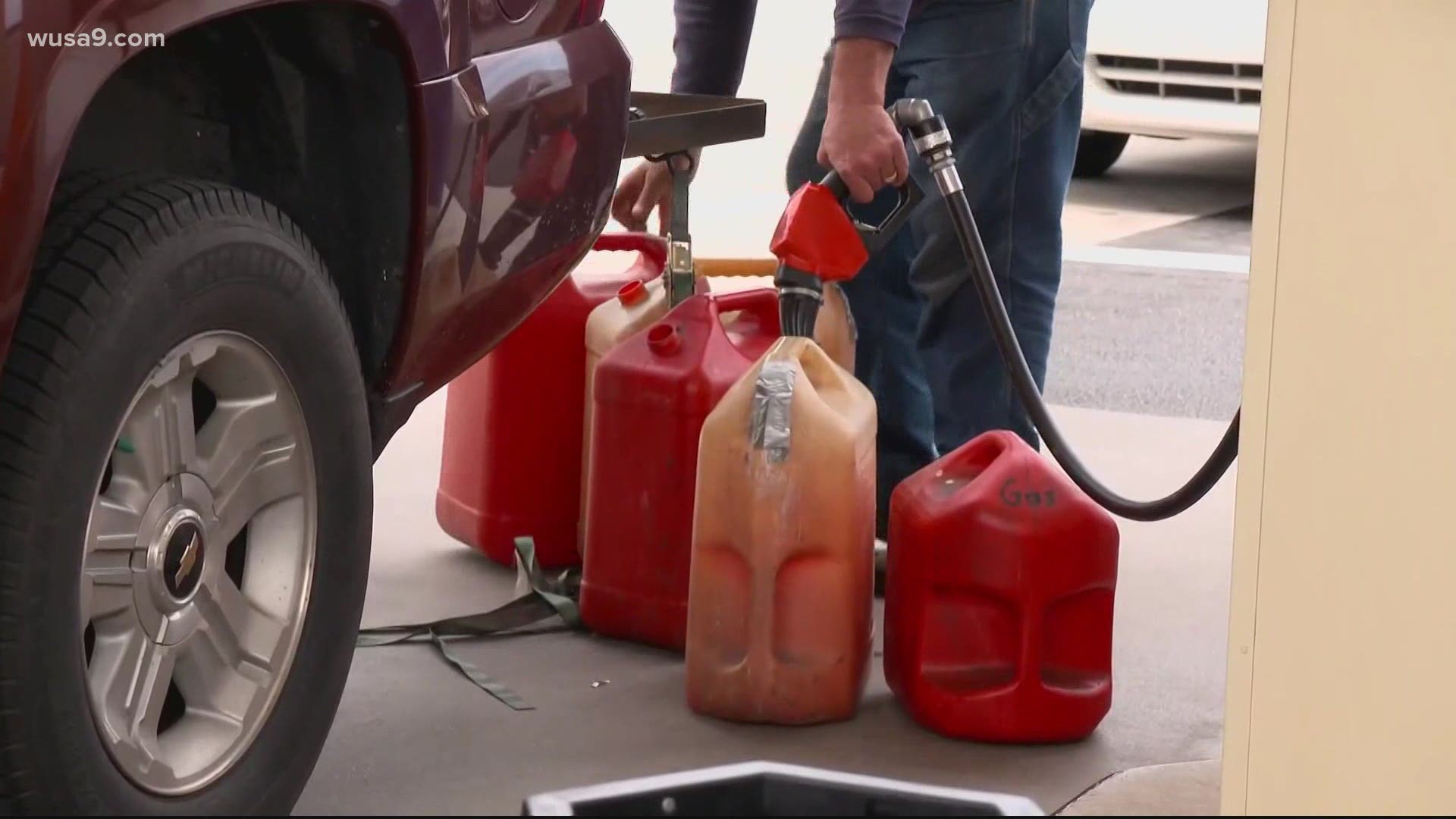 ALEXANDRIA, Va. — It was another stressful day at the pumps in Northern Virginia as the temporary Colonial Pipeline shutdown continues to disrupt the gasoline supply.

Governor Ralph Northam issued a state-of-emergency to give fuel transportation waivers and funding to increase fuel supply in the commonwealth. Despite local, state and federal officials urging drivers not to hoard or "panic buy," many still flocked to D.C. area gas stations.

The tracking company GasBuddy reported as of 12:30 p.m. on Wednesday, 44% of gas stations in Virginia are without gas. It's 8% in the District and 9% in Maryland.

RELATED: GasBuddy: 44% of Virginia gas stations are out of gas

The recent ransomware attack that sparked widespread concerns could have a bigger impact on businesses that rely on fuel from gas stations.

George Odoi of Boss Transport & Family Services, a company that transports and accompanies non-emergency elderly medical patients to appointments, said some of his drivers were struggling to fill up the tank. 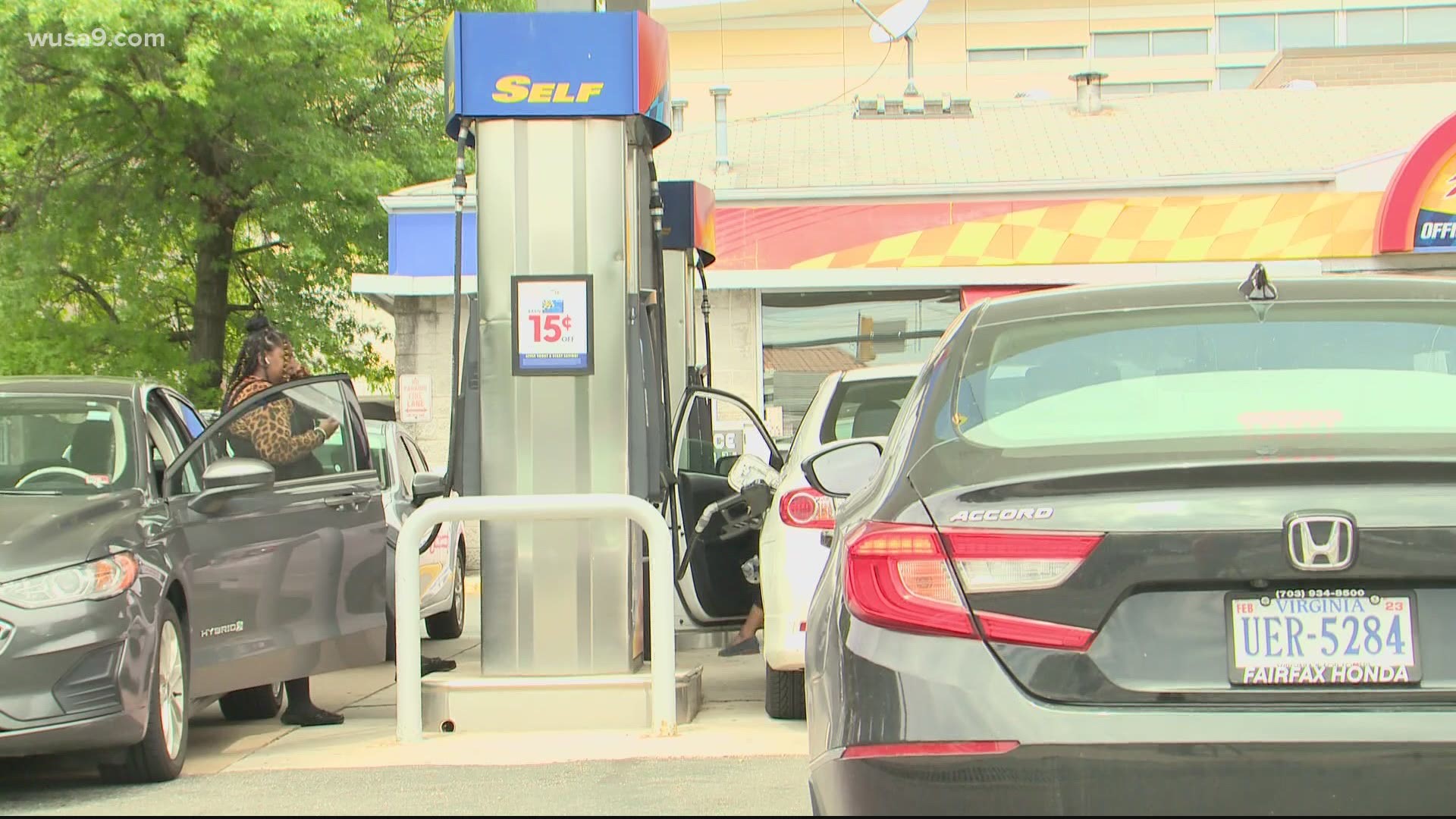 There are concerns if the problem persists longer than expected, it could cause delays for dozens of his clients.

"I've had drivers call me in the past couple days saying it's getting crazy," Odoi told WUSA9. "If my driver didn't get gas on time, he'd be late to pick someone up and that can throw our whole day off and our whole schedule off."

Talking to different businesses that could be affected by the gas supply disruption including BOSS Transport. The company transports primarily elderly medical patients to appointments. This morning drivers had a hard time finding gas, which could affect drop off times. @wusa9 pic.twitter.com/TGJeui23f4

Odoi is encouraging his drivers to use apps to help find gas stations with supply. He said if there are no resolutions, he would have to prioritize patients with severe medical needs like dialysis.

Construction company owner Dale Stevens said he's not too concerned and asks people not to hoard. Only his trucks need the gasoline which is filled to last the rest of the week.

"It should straighten out in a couple of days after the panic goes away," Stevens said. "But if they can't gas and the pipeline doesn't open then it can get really screwy."

The Royal Service Center on North Quaker Lane normally sells 3,000 gallons a day. The service manager said on Tuesday, they sold close to 9,000 gallons. People were already getting gas when it opened at 4:30 a.m., well before the normal opening hours.

The manager said it's affecting business by not only losing out on sale of gas but from people who would normally walk inside and buy other items.

"Last night was kind of a pandemonium because we were so busy," Roya Service Center manager James Swink told WUSA9.

Crazy to see lines of cars trying to get gas at a station only for it to run out less than an hour later. The service manager of Royal in Alexandria said drivers were waiting as early as 4:30 AM. Last night the station closed two hours later because of the long lines. @wusa9 pic.twitter.com/7PBfgAeEf1

The attorney general says the ransomware attack on the Colonial Pipeline not only is disrupting gasoline supply but can motivate "bad actors" to take advantage of drivers.

The attorney general is asking people who suspect they are the victim of price gouging to report it to his office. You can call (800) 552-9963 or email: consumer@oag.state.va.us.