Frustration continues at DMV because of delays, appointments needed months out

DMV officials said appointments continue filling up fast, which is making it difficult for people to get their documents renewed. 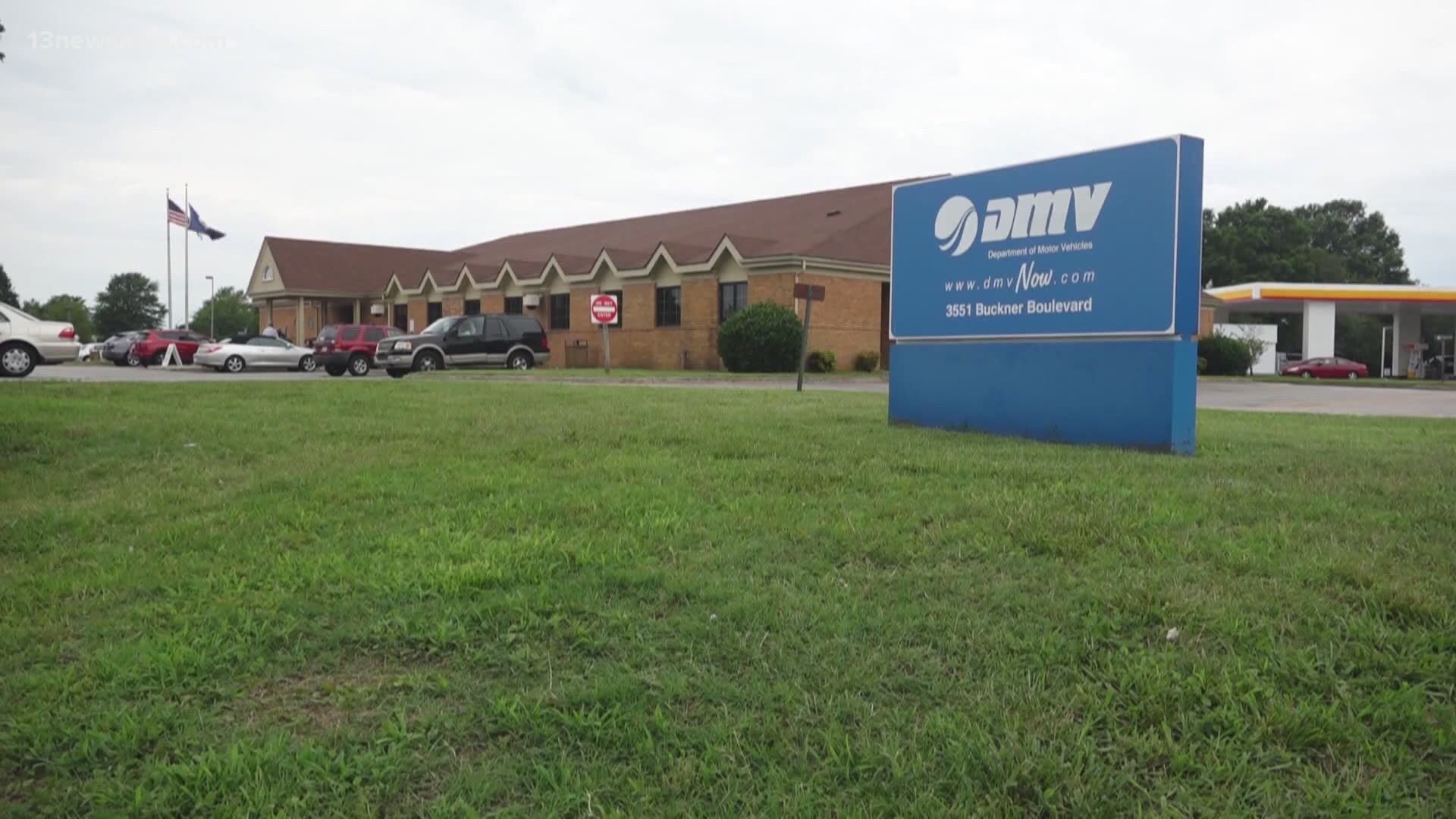 VIRGINIA BEACH, Va. — People continue to be frustrated with the Virginia Department of Motor Vehicles.

“I tried calling. There is only one number on the DMV’s website for customer service. It’s a Richmond-based number. When you call you get a message saying due to the number of calls, they can’t take your call,” said customer Heather Beardsley. “I send an email and I also got an automatic response saying due to the high volume of emails, it’s going to be a while before I get a response.”

All DMV Customer Service Centers in Hampton Roads are back open, but people are still having a hard time getting appointments.

“I’m trying to get my driver’s license renewed and it expires this weekend but there are no available DMV appointments for the next 90 days," Beardsley said.

After searching for several days, she settled on an appointment in mid-November. Because of that, she will be without a license for about three months.

“I think the last thing anyone needs right now is to get a fine for driving without a valid driver’s license.”

Governor Ralph Northam extended the time people had to renew their driver’s licenses, identification cards, and vehicle registrations, but it was only for driver credentials that expire on or before July 31, 2020. That doesn’t apply to Beardsley, since her license expires in August.

“I would like to have an extension so it’s not something I have to worry about. There are a lot of COVID-related problems that don’t have clear solutions," Beardsley explained. "It just seems like someone should have realized this. We are pretty deep into August so everybody with an ID expiring in August, September, October, November is in this situation where if you don’t think to get an appointment months in advance, you’re not going to get one or you’re going to have an expired license.”

“We are all going through the growing pains since this pandemic has disrupted every aspect of our lives. We are encouraging customers right now to mindful and to only schedule one appointment per person. We are noticing people are scheduling multiple appointments," Cowardin said.

Cowardin added that over 40 transactions can be done online. Others can be done through the mail with about a two-week turnaround.

If your transition is vehicle-related, you can visit a DMV select office. Another option is to find a DMV Connect location, which is a pop-up location. But, if you need to make an appointment in person, Cowardin said workers are adding more every day.

“We are adding appointments every single day so if you are out there and you are looking for an appointment that does require an in-person visit and you are having trouble, take a look,” she explained.

As for Beardsley, she wishes DMV officials would create a waiting list, so people could get in sooner if someone canceled.

Beardsley told 13News Now that a DMV spokeswoman called her and scheduled her an appointment for Friday.