The block was set to be relocated to the Fredericksburg Area Museum. 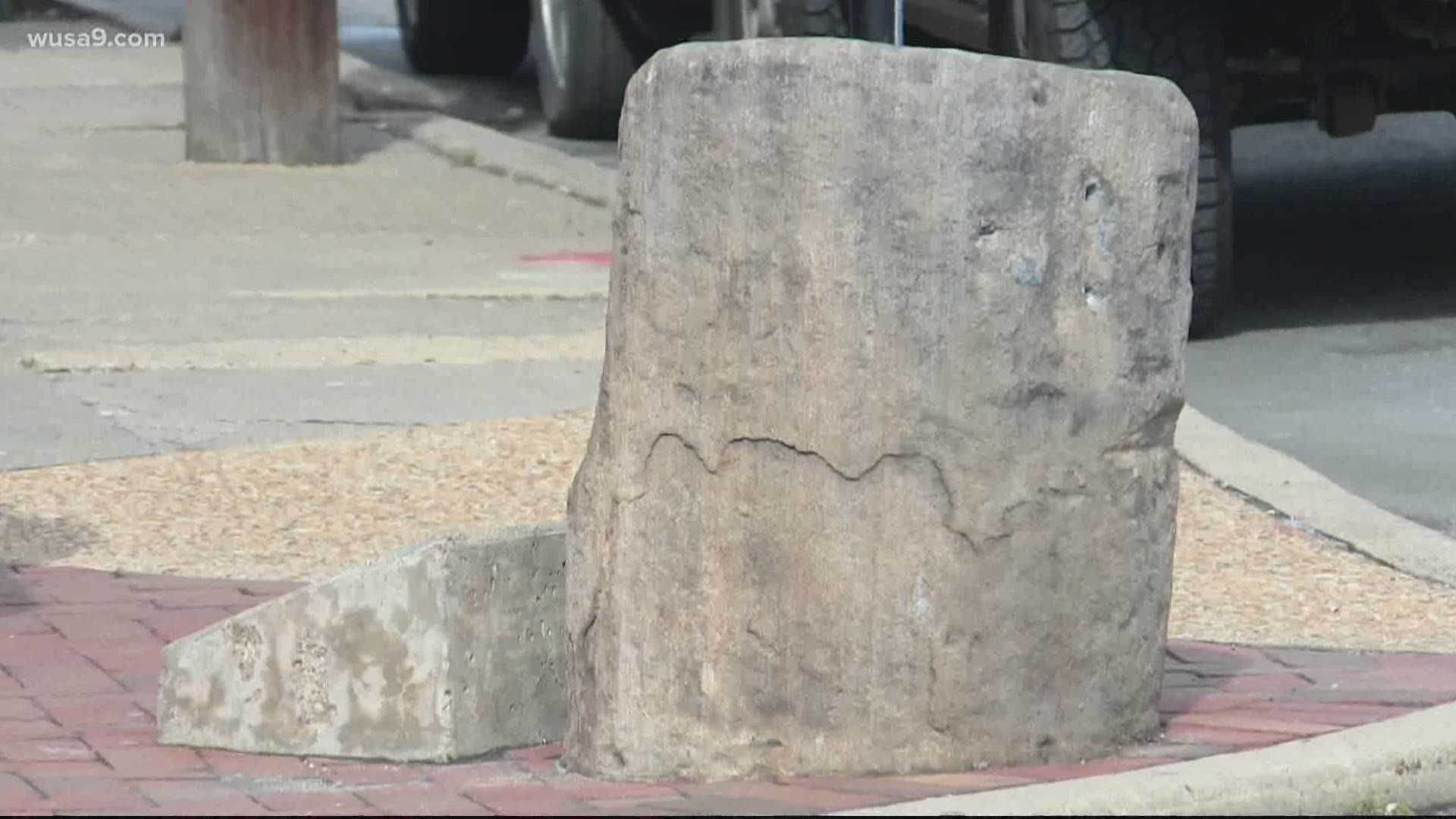 FREDERICKSBURG, Va. — A 176-year-old slave auction block has been removed from a Virginia city’s downtown.

The Free Lance-Star reports the weathered stone was pulled from the ground in Fredericksburg early Friday after the removal was delayed for months by lawsuits and the coronavirus pandemic.

Officials said the stone was sprayed with graffiti and chants of “move the block” had erupted during local demonstrations over the death of George Floyd. A local NAACP chapter called for the block's removal in 2017, and in February, a judge upheld the City Council's vote in favor of removal after two businesses sued to stop it.

The block was set to be relocated to the Fredericksburg Area Museum.

In 2019, the City Council voted in favor of its removal and relocation to the Fredericksburg Area Museum, and a judge upheld that decision in February after two businesses near the auction block sued to stop the relocation.

The process was held up after one of the businesses, a commercial building owner, asked the Virginia Supreme Court to bar the removal while her decision was being appealed, the newspaper said.

The museum now plans to display the knee-high stone in an exhibit chronicling the “movement from slavery to accomplishments by the local African American community,” the Free Lance-Star said.

The staff also plans to feature the recent protests in the exhibit, according to the museum’s president and CEO.

RELATED: 'It's like a trophy for racist folks' | Why a historic slave auction block is moving from its Fredericksburg street corner