The minor league baseball team planned to show off its new ballpark to fans Thursday during its previously scheduled home opener against the Frederick Keys. 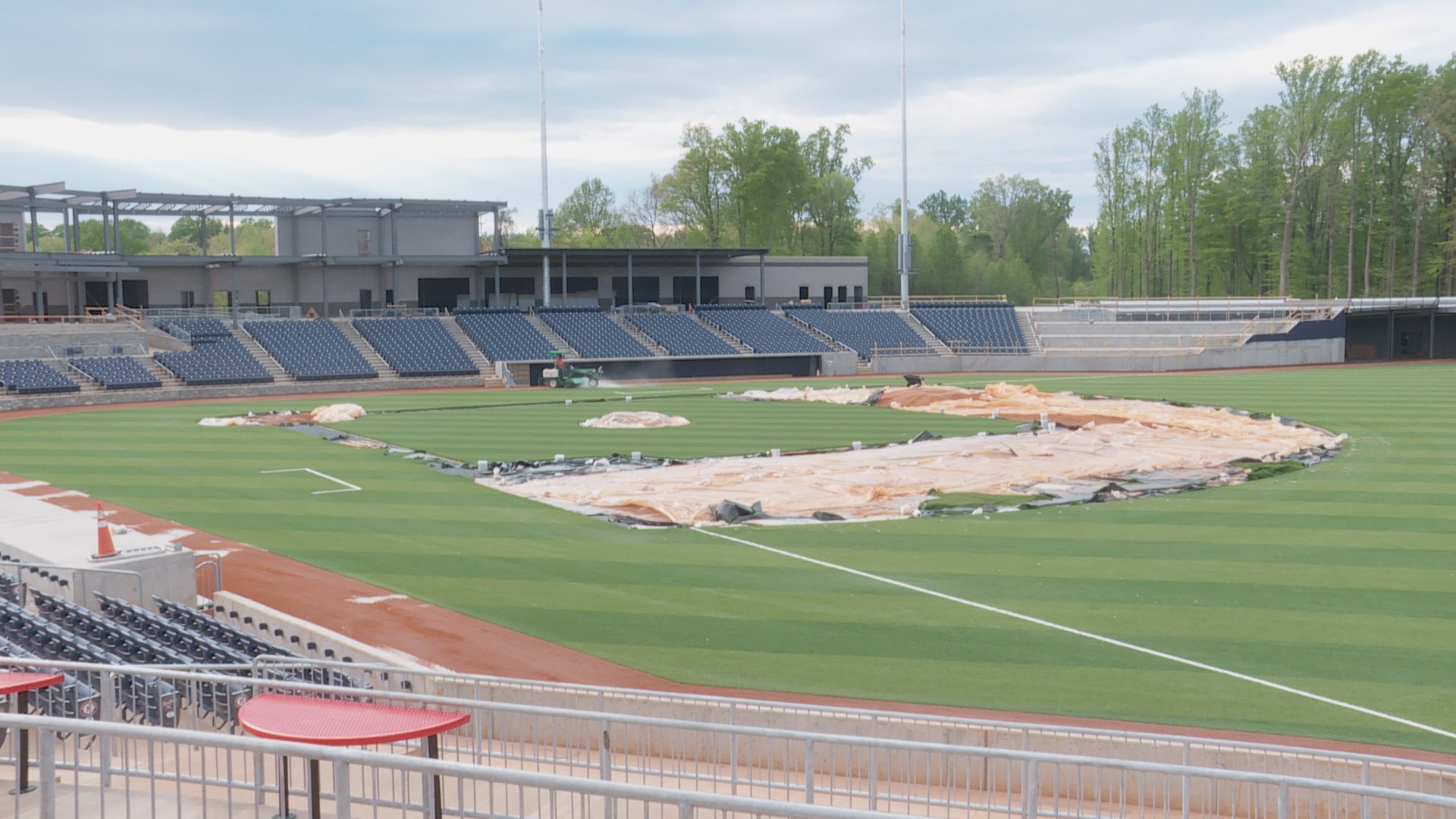 FREDERICKSBURG, Va. — Coronavirus stopped the Fredericksburg Nationals from opening their new ballpark to fans on Thursday, but the minor league team still has plans to celebrate.

The Nationals, the Single-A affiliate of the Washington Nationals, said they plan to hold a virtual version of opening day on their online platforms.

This will be the first year the team has played in Fredericksburg. The team previously played its games at Pfitzner Stadium, in Woodbridge, as the Potomac Nationals.

The Nationals’ new $35-million, 5,000 seat stadium has been years in the making, according to Nationals’ Executive Vice President and General Manager Nick Hall.

"They've been trying to get baseball here for decades," he said. "So, for us to be able to fill that gap, and be here, it’s really turning into something special."

The Nationals were supposed to take on the Frederick Keys Thursday night. Now, the team will hold nine innings of virtual games and giveaways instead.

1 / 8
John Henry
The official opening of the Fredericksburg Nationals' new ballpark is on hold until the coronavirus halts its spread.

"Those are our real heroes in the community," Hall said. "We're excited to bring baseball here, but without them, we wouldn't be able to run our community nearly as efficient as we’re going to be able to in just a short while [after the coronavirus.]"

Hall said the team’s opening day activities will begin at 9 a.m. on the team’s social media and web pages. It will culminate at 5:30 p.m. with a virtual tour of the stadium to be given by Hall and Fredericksburg Nationals’ Owner, Seth Silber.

Much of the facility has been completed. However, some construction work is still going on around the premises. That work could continue because construction was deemed essential in Virginia during the coronavirus’ spread.

RELATED: A proposed bill in Montgomery County would freeze rents during pandemic