The bill was referred to the Virginia State Crime Commission, where it will be studied ahead of the 2021 legislative session. 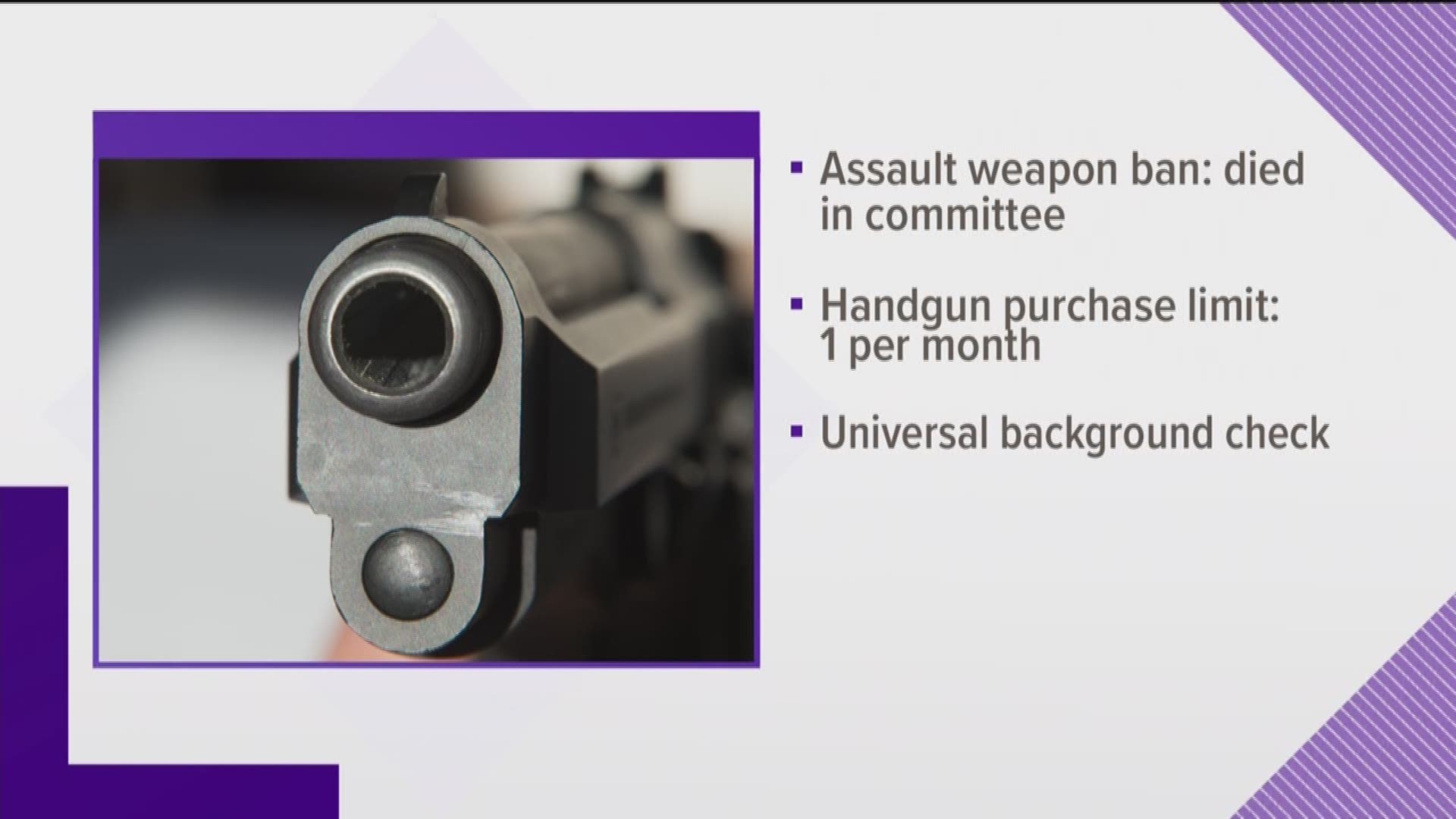 WASHINGTON — A bill aimed at banning anyone from selling, manufacturing or purchasing semi-automatic guns, like the AR-15, was stopped by Virginia's Senate Judiciary Committee Monday.

Virginia legislators on the Senate Judiciary Committee voted 10-5 to table the bill until the 2021 session.

The bill sought to ban anyone from importing, selling, manufacturing, purchasing, or transporting an assault weapon that could hold more than 12 rounds of ammo. The state currently defines an assault weapon as a semi-automatic rifle or pistol capable of holding at least 20 rounds. 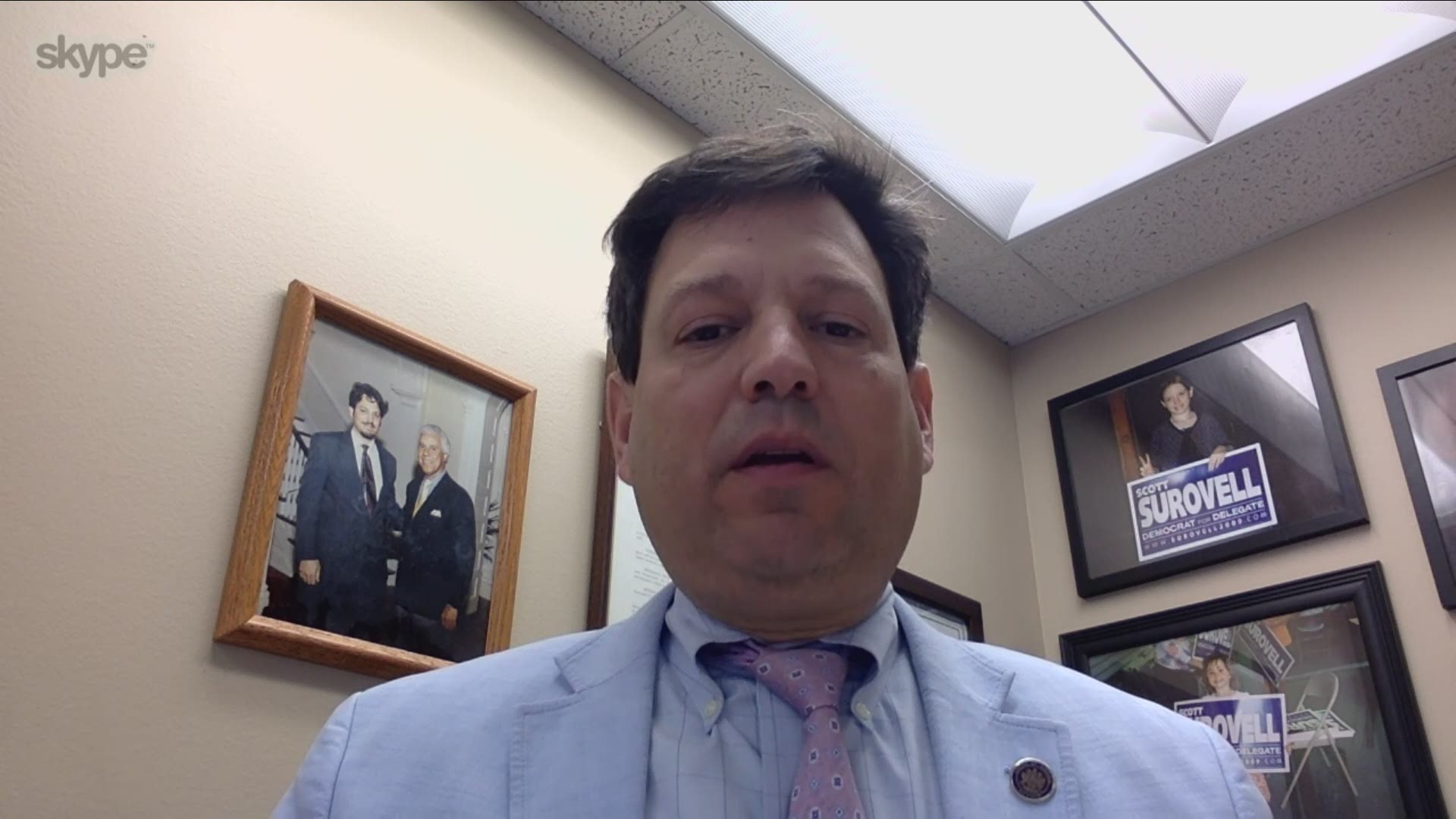 Additional bans would have also been placed on firearm silencers, trigger activators and large-capacity firearm magazines.

Anyone caught with a banned weapon could face jail time and/or up to $2,500 in fines.

HB961 was referred to the Virginia State Crime Commission for further study.

The Virginia House of Representatives passed the bill a week earlier with a 51-48 vote.

"I think we need to regulate assault rifles, that these weapons were never intended for civilian use, but in terms of this session, votes simply weren't there to pass this bill on the floor of the senate," Senator Scott Surovell, one of the Democratic senators who voted to table the bill, said. "I felt like continuing this conversation wasn't going to be productive for anyone."

Surovell, who represents parts of Fairfax, Prince William and Stafford County, said he voted to carry the bill over to next session so that legislators could come up with a bill that's "more workable" and that "more people could vote for."

"We have some major bills left on energy, environment, labor, criminal justice reform, civil justice reform that we need to get done," Surovell said. "In a part-time legislature we only have three weeks left, we only have so much oxygen in the room to focus... getting these other priority bills done instead of continuing to fight about this one bill that everyone knew wasn't going to pass."

Governor Ralph Northam is a proponent of banning assault firearms; HB691 was one of the governor's proposed gun safety measures in the 2020 session.

"While the governor is disappointed in yesterday's vote, he fully expects the Crime Commission to give this measure the detailed review that senators called for," Alena Yarmosky, a spokesperson for Northam said in an email. "We will be back next year."

Like Surovell, Northam said he's happy that gun measures continue to move through the legislature.

"Despite this vote, Governor Northam is proud of the several common-sense gun safety measures that continue to advance," Yarmosky said. "These bills represent historic steps forward in keeping Virginians safe from gun violence. Make no mistake – they will save lives."

Gun advocates, like Phil Van Cleave, who has emerged as a leader in the sanctuary city movement and organized the Richmond gun rally in January, saw the vote as a major victory.

"Be sure to thank every senator who has a green 'yes' to the left of his name. 6 republicans and 4 democrats,' tweeted Phil Van Cleave, president of Virginia Citizens Defense League.

Had HB961 passed, owners of large-capacity firearm magazines, silencers or trigger activators would need to render the device inoperable, remove it from Virginia, transfer the device to a person outside the Commonwealth or surrender it to law enforcement by Jan. 1, 2021.

Several gun measures continue to advance through the House and Senate.

HB9, which would mandate anyone whose firearm is lost or stolen to contact law enforcement within 24 hours, passed the House, and was referred to the Senate Committee on the Judiciary on Jan. 31.

SB35, which would allow localities to ban guns from public spaces, passed the Senate on Jan. 16, but has not yet been referred to a committee.

SB69, which would limit handgun purchases to one in a 30-day period, passed the Senate and is being read for a second time in the House.