An item that at first appeared to be a pipe bomb was located on the grounds of the Cedar Creek & Belle Grove National Park in Middletown, Va. during during an annual reenactment just days after receiving threats, an FBI Souce tells WUSA9. 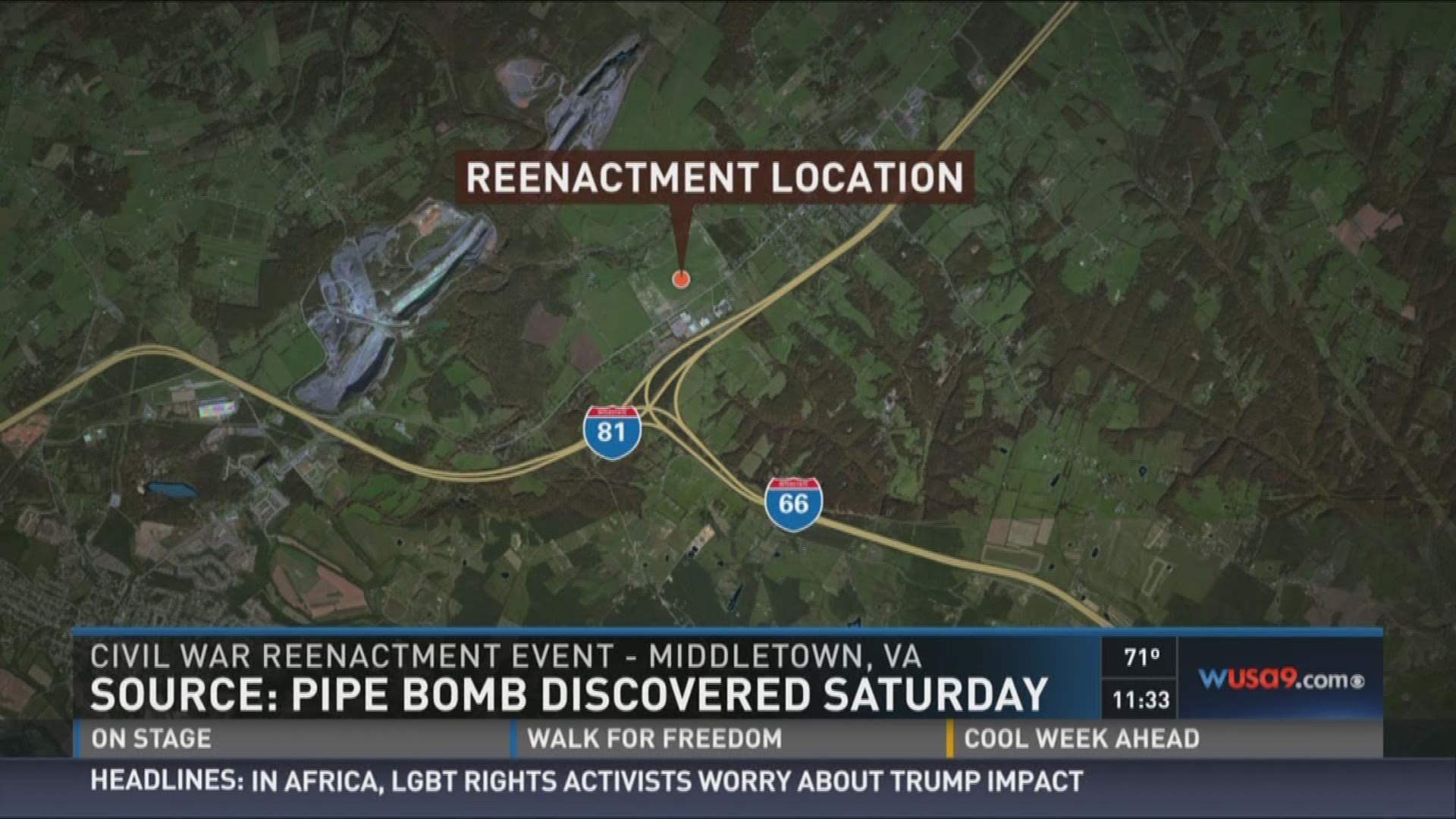 An FBI Source told WUSA9 an item that at first appeared to be a pipe bomb was located on the grounds of the Cedar Creek & Belle Grove National Park in Middletown, Va.

This happened during an annual Civil War reenactment just days after the group received several threats, the Source added.

Police were called to the park Saturday afternoon around 4:30 p.m. Virginia State Police determined that the object was safe and no one was hurt.

On Wednesday, a letter threatened harm to the participants and spectators. Both the threat and device were investigated by the FBI and Frederick County Sheriff’s Department.

Historians say the Battle of Cedar Creek was a Union win against the Confederacy that secured President Abraham Lincoln's second term.

Keith MacGregor was one of the actors in Middletown this weekend. He’s a Union Army actor from Lebanon, Pa. On the phone, MacGregor described Saturday discovery as a 'dark chapter.'

"I think our hobby is being associated with issues we're having with the confederate monuments and confederate flags and the reality is we're historians. We're not hate group(s),” he said.

There’s video of last year and years’ past reenactments on Youtube.

MacGregor describing being blocked from certain areas when the device was located. Others described being on lockdown.

MacGregor, who claims to have more than 20-years reenacting, said Sunday bought tears to his eyes.
Hoping to send a message, the group decided to carry out a planned Sunday battle and cheered 'USA’ towards the end.

"It was a very emotional, patriotic moment,” said MacGregor, "and one of the most moving moments I've ever participated in, in my entire life."

Anyone who may have witnessed any suspicious activity, or may have information pertaining to this incident is encouraged to contact the FBI at 804-261-1044.