"My daughter was just murdered, or as the pro gun rights community likes to say...guns are for hunting... my daughter was hunted at school," said Guttenberg. 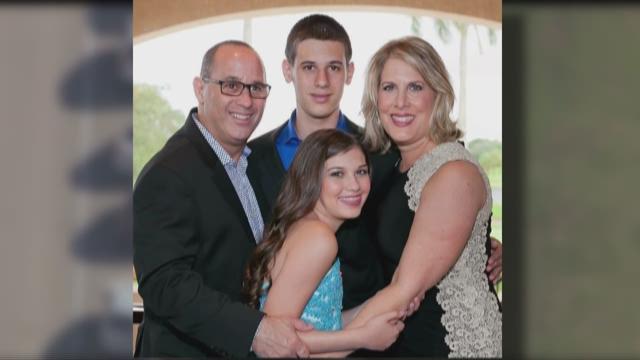 The father of a 14-year-old girl killed in the Florida school shooting energized a crowd of hundreds at T.C. Williams High School in Alexandria Wednesday night. . He told them that his fight for gun control includes breaking the NRA.

There was a lot of anger at the event, but also tears from several people who lost loved ones to gun violence. On stage was Fred Guttenberg. His daughter Jaime was killed at Marjory Stoneman Douglass High school on Valentines Day.

“I can’t remember if I told her I love you,” said Fred Guttenberg.

“My daughter was just murdered, or as the pro gun rights community liked to say...guns are for hunting... my daughter was hunted at school,” said Guttenberg.

He said his daughter was the bravest person he knew, running from a gunman who was firing. “A bullet severed her spine.”

After Guttenberg pushed for gun safety measures on Capitol Hill on Wednesday, he was enthusiastically welcomed by a like-minded crowd of all ages. Fifth grader Naomi Wadler is planning a school walk-out on March 14.

“I think it’s completely unacceptable that we are not exercising our rights to be safe at school,” said Wadler.

Guttenberg said this shooting is different because of the kids at Marjory Stoneman Douglas.

“These kids are driving a message that is just unstoppable. Legislators will either listen or they will be fired. The earth is moving on this one," said Guttenberg.

Guttenberg said the NRA needs to be forced to open it’s books to find out where it’s money goes. He said the organization is using a "bastardized version" of the Second Amendment by claiming that it allows the owners to own high-powered weapons. As for political influence with money and power, Guttenberg said if the NRA were a terrorist organization, it would not be allowed to do what it does and he questioned its status as a nonprofit charity.