Reston father killed in hit-and-run was only 30 seconds from home, family says

The driver who ran a red light and hit the father as he was making a left turn on a green arrow has not been found, police said. 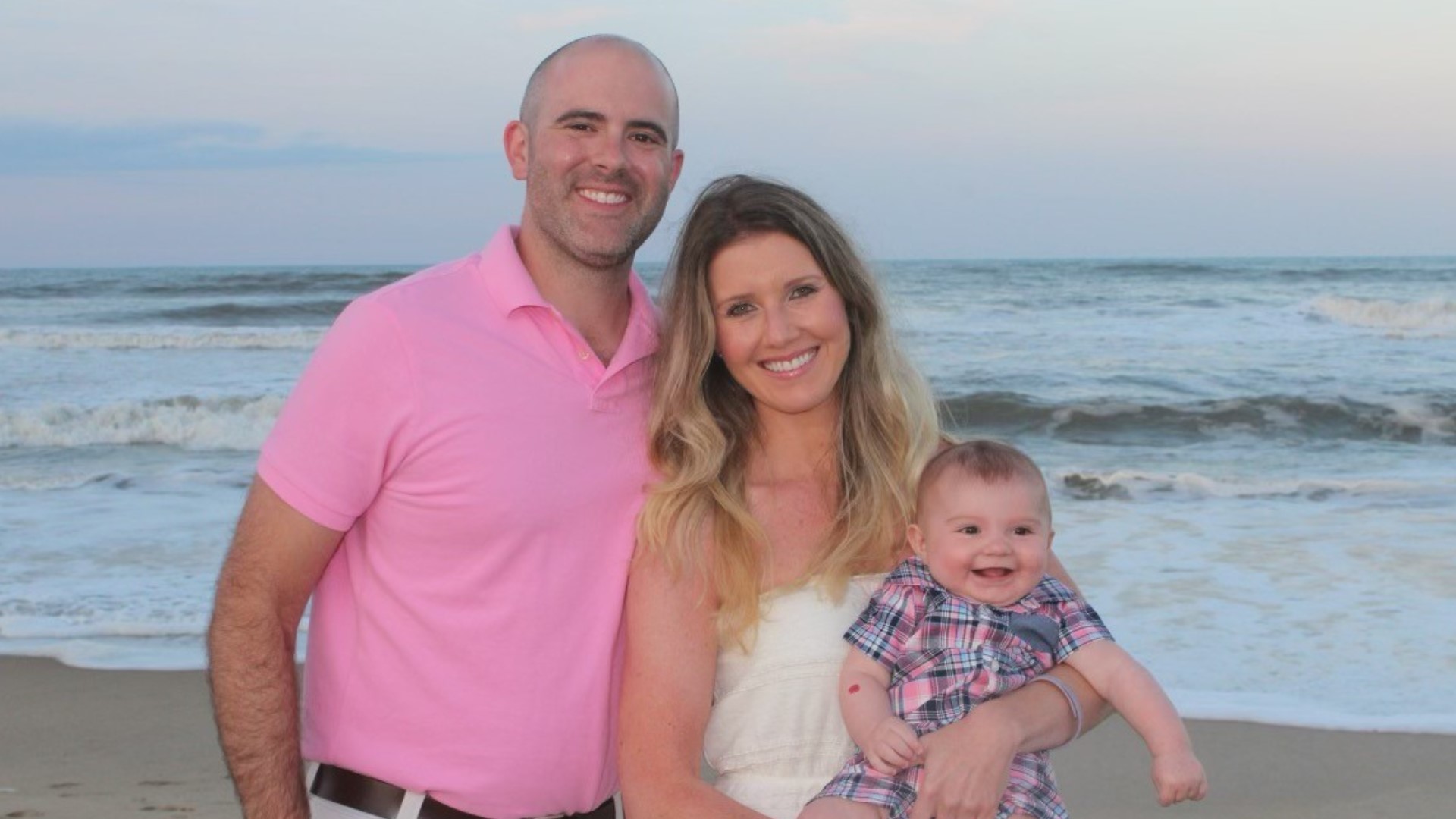 WASHINGTON — A Fairfax County family is pleading for someone to come forward with information after a beloved father was killed in a hit-and-run crash nearly a week ago.

Fairfax County Police say 37-year-old Andrew Willingham died after he was struck at the intersection of Fairfax County Parkway and North Walnut Branch Road in Reston around 7:30 p.m. Wednesday.

Andrew Willingham was making a left turn on a green arrow when another driver ran a red light and hit him, police said. Flowers and what appeared to be pieces of the vehicle from the crash were left behind near the intersection.

Andrew Willingham's family said he was only 30 seconds away from his home when he was hit. The incident was so close to their home his wife, Jeanne Willingham, saw the police lights.

Police said the driver fled the scene and has not been caught. Witnesses describe him as a Hispanic man, between 5'6 and 6'0, heavyset and wearing a black short-sleeve shirt over a white undershirt. He was also described as having a beard and shaggy hair.

Detectives believe speed may have been a factor in the crash and continue to investigate to determine if alcohol was also a factor for the driver of the SUV that crashed into Andrew Willingham's car; police said speed and alcohol do not appear to be factors for Andrew.

"I just screamed and my body gave out," Andrew Willingham's sister Erin Meleney said of the moment she learned her brother had died. "The vision of two police officers and a doctor pulling us into that small room is something I'll never get out of my mind."

Meleney described her older brother as someone as carefree and a hands-on, devoted father to his four-year-old son Benjamin and two-year-old son Rex, and someone who always made sure people were happy.

"He was always so caring for me and looked after me constantly and wanted to always know that I and his sister were going to be okay," mother Cindy Willingham added.

Andrew Willingham was the sole provider for the family. Loved ones created a GoFundMe page to support his wife and kids. The page also gave credit to good Samaritans who tried to help.

"To the people who rushed to the accident and were at Andrew's side - we are forever grateful," the page said. "You ensured he was not alone, continuously cheered him on with words of encouragement, and exhausted all measures. You have given us some sense of peace through this all."

The family is pleading for the driver to come forward.

"Help us get closure for our Andrew and do the right thing please," Cindy Willingham said.

Anonymous tipsters are eligible for cash rewards of $100 to $1000 dollars if their information leads to an arrest. Please leave contact information if you wish for a detective to contact you.