Family saves themselves from fire by jumping from second story window

'How fortunate we are to be alive.' Glowing flames woke the mother who had to drop her three children out the window to escape the fire. 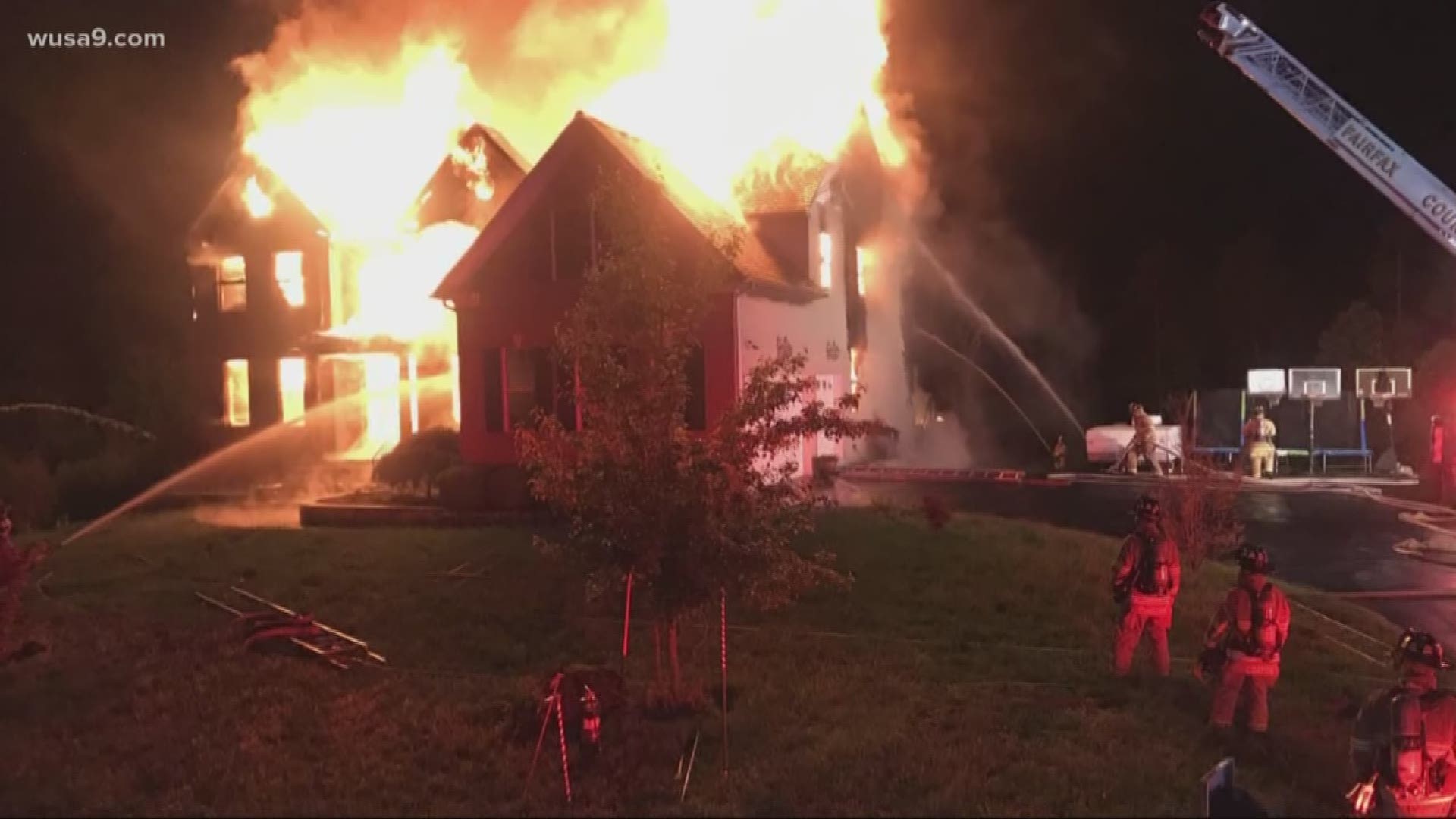 The mom and her three children narrowly escaped by jumping out a two-story bedroom. Her husband caught them all when they jumped for their lives.

The Middleton family of five was sound asleep inside their house when it caught fire. Doug Middleton said he originally didn't realize how bad it was.

"I ran outside to see if I could try and fight the fire myself with a hose but it became clear that that was not going to work," he said. "The staircase had smoke all in it so they were literally trapped there."

He ran to the side of the house.

"My wife actually had to drop all three of my kids out of our daughter's bedroom window because the flames were coming up so fast on the back of the house...I happened to be outside, so was able to catch my kids, broke their fall, they escaped with minimal to no injuries, thanks to God," he recalled of the experience. "And then my wife as in full blown panic mode, the flames literally are burning her as she's getting, hanging out of the window."

Middleton said his wife didn't look down to see if he was ready to catch her, she was in such a panic as the fire burned her.

"She let go and I was able to at least break her fall," he said. 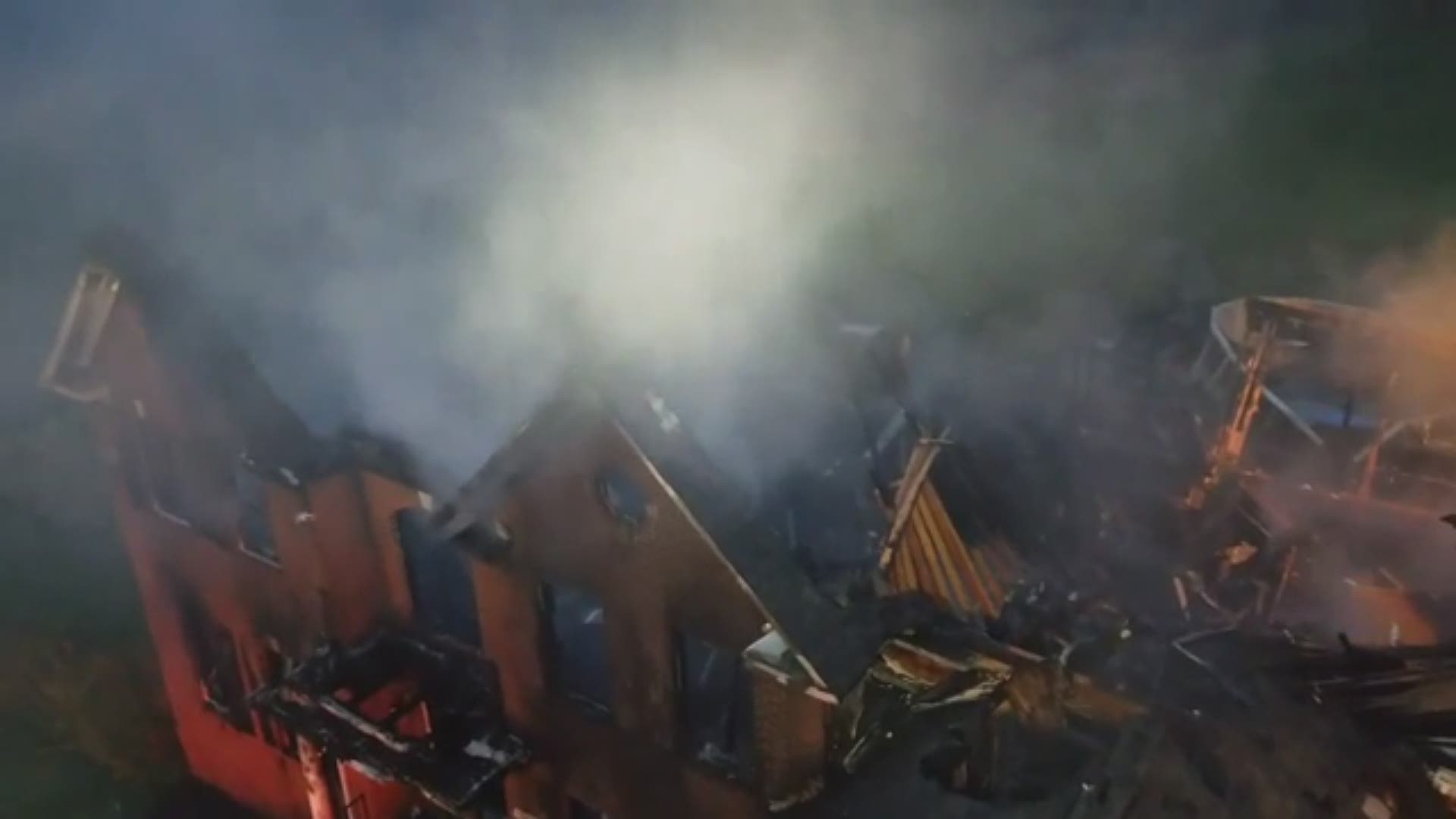 Fairfax County fire investigators determined the cause of fire was an unattended outdoor chimney – a chiminea – on the outside rear deck.

The fire started around 1:30 a.m. Sunday as the entire family was asleep. But it wasn't the smoke detectors that woke them up. In fact, the fire alarms didn't even go off at first because the fire started behind the house. It was Doug's wife, Jessica, who who woke up because of the brightness of the flames.

"So, I'm lucky I married a light sleeper," Middleton said. "She was just turning over in the middle of the night and happened to notice a glow kind of coming down our hallway from the back of the house."

His wife is in the hospital with a back injury. Their three children are physically okay.

The family lost one of their dogs in the fire, and their other dog - Stella - briefly gave them a scare. She ran away and was gone for 12 hours before the community helped track her down.

The Middletons said they are so thankful from they help they have gotten from neighbors. Good Samaritans have dropped off clothing, food and even two brand new bikes for the two young boys on Monday.

"How fortunate we are to be alive," Doug Middleton said, as he gazed at his burned out home. "It clarifies what is really important in life."

He said he learned a valuable lesson from the harrowing experience.

"It's become crystal clear to me what really matters in this life," he said. "And I thank our Maker for our narrow escape from near certain death."