Rewards are being offered leading to the safe return of either Morgan or Frank. 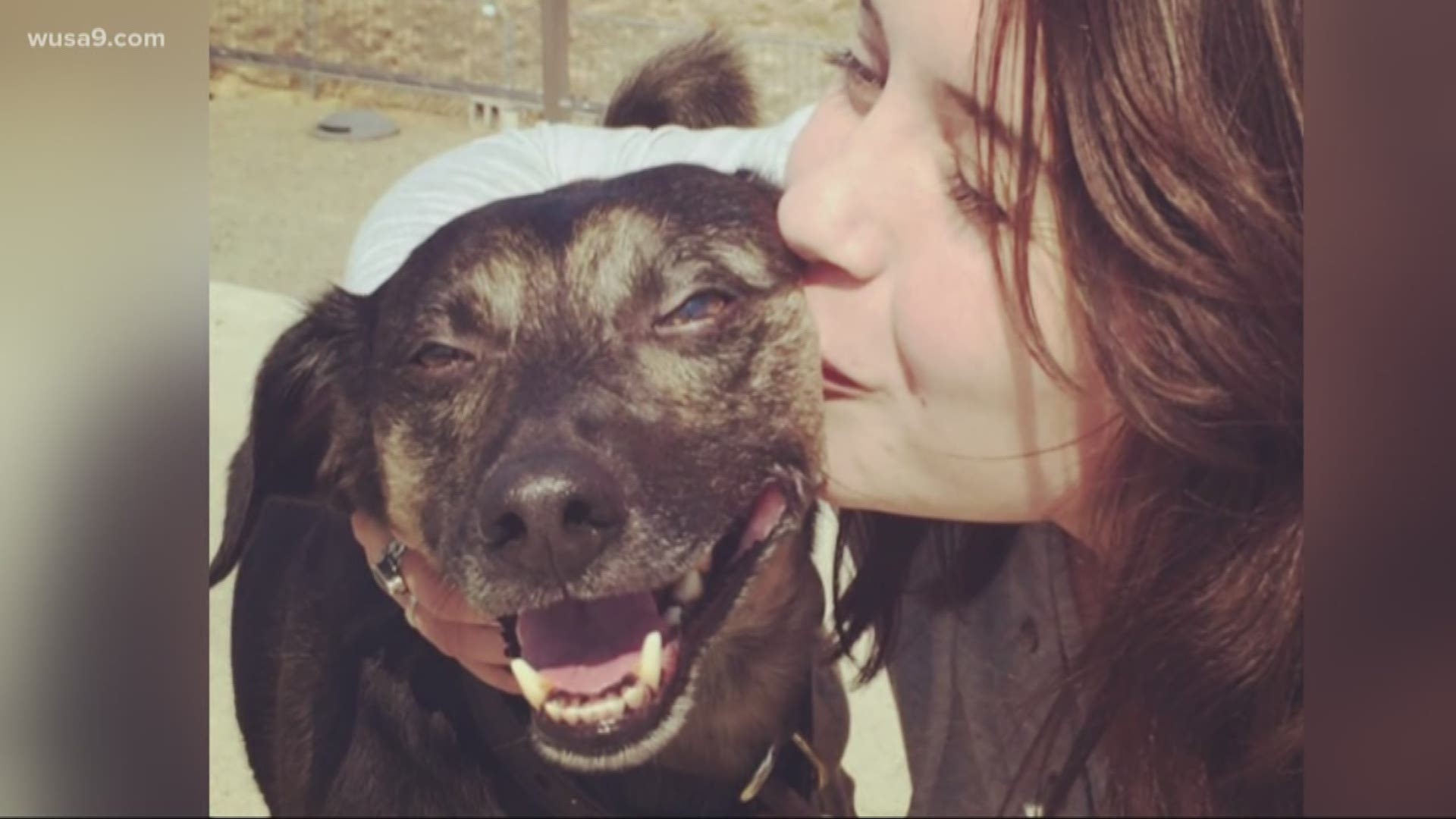 SPRINGFIELD, Va. -- It’s hard to celebrate Thanksgiving when a family members is missing.

That's how Amanda Moore and her boyfriend Kyle feel after their dog Morgan went missing three weeks ago.

"He's our baby. He sleeps in the bed, he's so spoiled. He's super afraid of people but he loves his people. He has bonded with us," said Moore.

Morgan escaped from the pet sitter’s home in Springfield when Amanda and Kyle we’re on a cruise. They cut their vacation short to come home and search.

"So we spent about five nights in a tent down in Springfield. Meanwhile, during the day, we would just hike, hoping to spot him while also leaving our scent in the area where he was spotted near Brookfield Park," explained Moore.

They have renewed hope after hiring Dog Tracker Angie Rutherford. She works for Lost Pet Professionals out of Arkansas.

She travels with five dogs—all rescue dogs that have been professionally trained to search for other dogs. Some specialize in air scent search, others are ground-scent searchers.

Angie and her dogs were in Southeast, DC on Wednesday searching for another dog that went missing, a miniature schnauzer named Frank.

"He just jumped on me because he’s telling me Frank was not here, there is no scent of Frank here," said Rutherford.

Back to the search for Morgan, Rutherford produced a map that shows five streaks of of different color where each different dog searched. Angie said the dogs tracked Morgan out of Springfield 17 mikes away into Shirlington near the dog park. She thinks it’s likely Morgan is trying to get back to his home in Crystal City.

Amanda and Kyle will be spending Thanksgiving day with Angie and her dogs searching for their beloved Morgan, hoping to bring their baby home.

As you can imagine, hiring a professional dog tracking service is not cheap. The starting fee for one day is more than $1,000 dollars.