The 30-year-old woman was shot in the abdomen, according to Fairfax County Police. 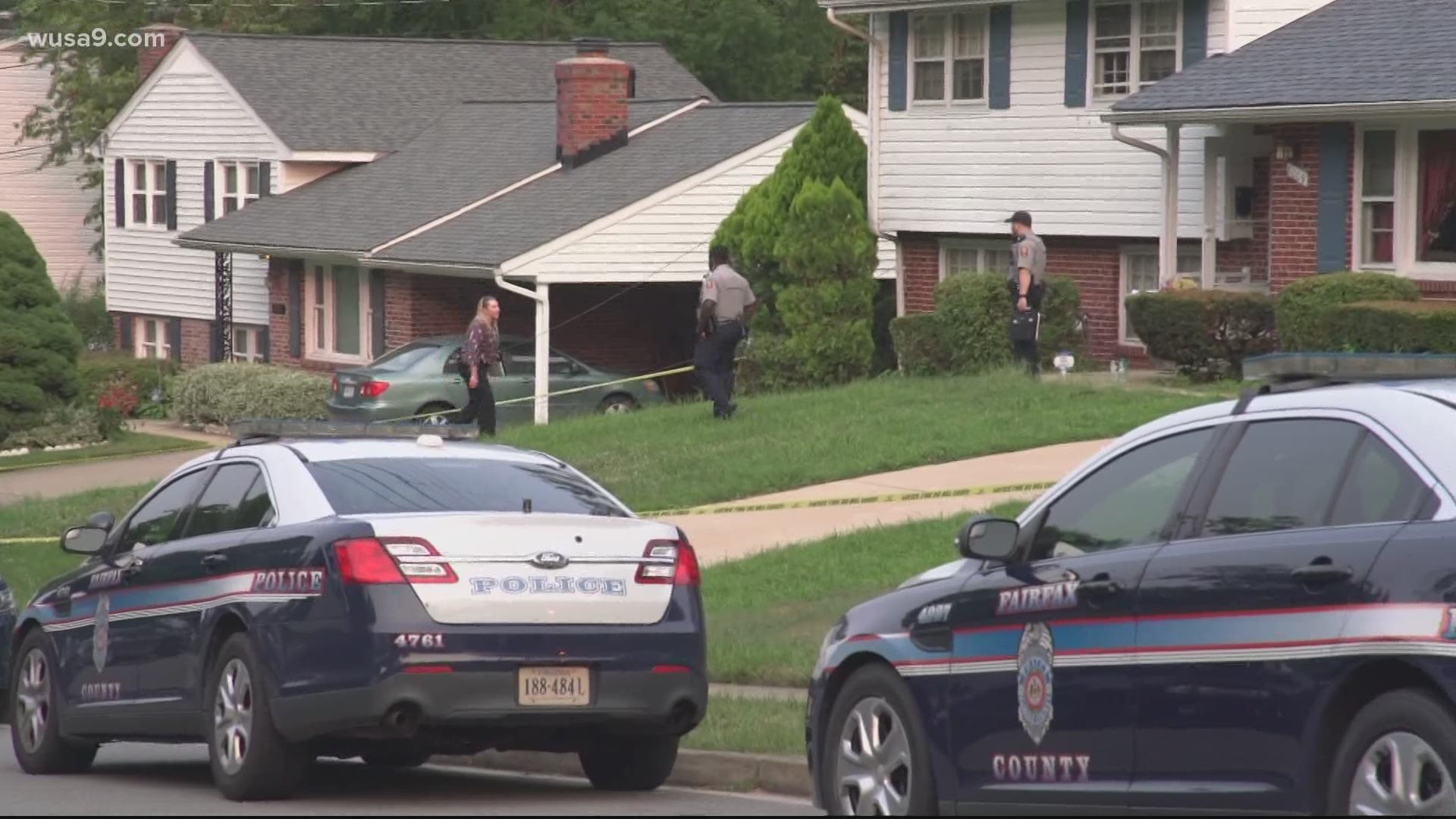 FAIRFAX COUNTY, Va. — A 30-year-old woman was shot Monday by a police officer after she tried to attack two officers with a large knife at a group home in Springfield, Virginia, according to Fairfax County Police Chief Kevin Davis in a news conference.

The shooting happened in the 8000 block of Gosport Lane.

Officers from the Fairfax County Police arrived seven minutes after dispatch received a call from a caregiver of the group home who said the woman was threatening to harm others in the home, Chief Davis said.

Two officers entered the home through the back door where they say they were confronted by the woman with a knife in her hand. She was shot in the abdomen and was taken to a hospital in critical condition Monday, according to Fairfax County Police. By Tuesday she was reportedly out of surgery and her condition had stabilized, police said.

Neither of the officers involved nor anyone else in the house were injured, police said.

Davis was asked on the scene during the news conference if officers tried to use less-lethal alternatives before shooting the woman. His response was that his initial review of the bodyworn camera footage shows the officers faced a lethal situation they were dealing with when the gun was discharged at the woman.

The officer who shot the woman has been placed on limited duty as part of the investigation that will take place involving the shooting. The officer is a 14-year veteran of the force assigned to the Special Operations Division, according to a press release from FCPD. Police said the name of the officer would be released within 10 days, unless a credible threat to the safety of those involved is determined by Davis, or if additional time is needed to complete the risk assessment.

Police are now conferring with the commonwealth's attorney's office about whether assault charges are appropriate.

According to Virginia's Department of Behavioral Health and Developmental Services (DBHDS), the facility where the shooting occurred is a group home for individuals with developmental disabilities, which was licensed in 2019 for four beds.

"We have received incident reports from two other incidents in May of this year, neither of which resulted in a licensing citation," DBHDS Director of Communications Lauren Cunningham said.

Police said they intend to release body-worn camera video and audio from the incident once interviews are completed, but did not offer a timeline as to when the audio and video would be available.