The woman yelled "I'll stab you!" before moving toward the officers after they asked her to "drop the knife." 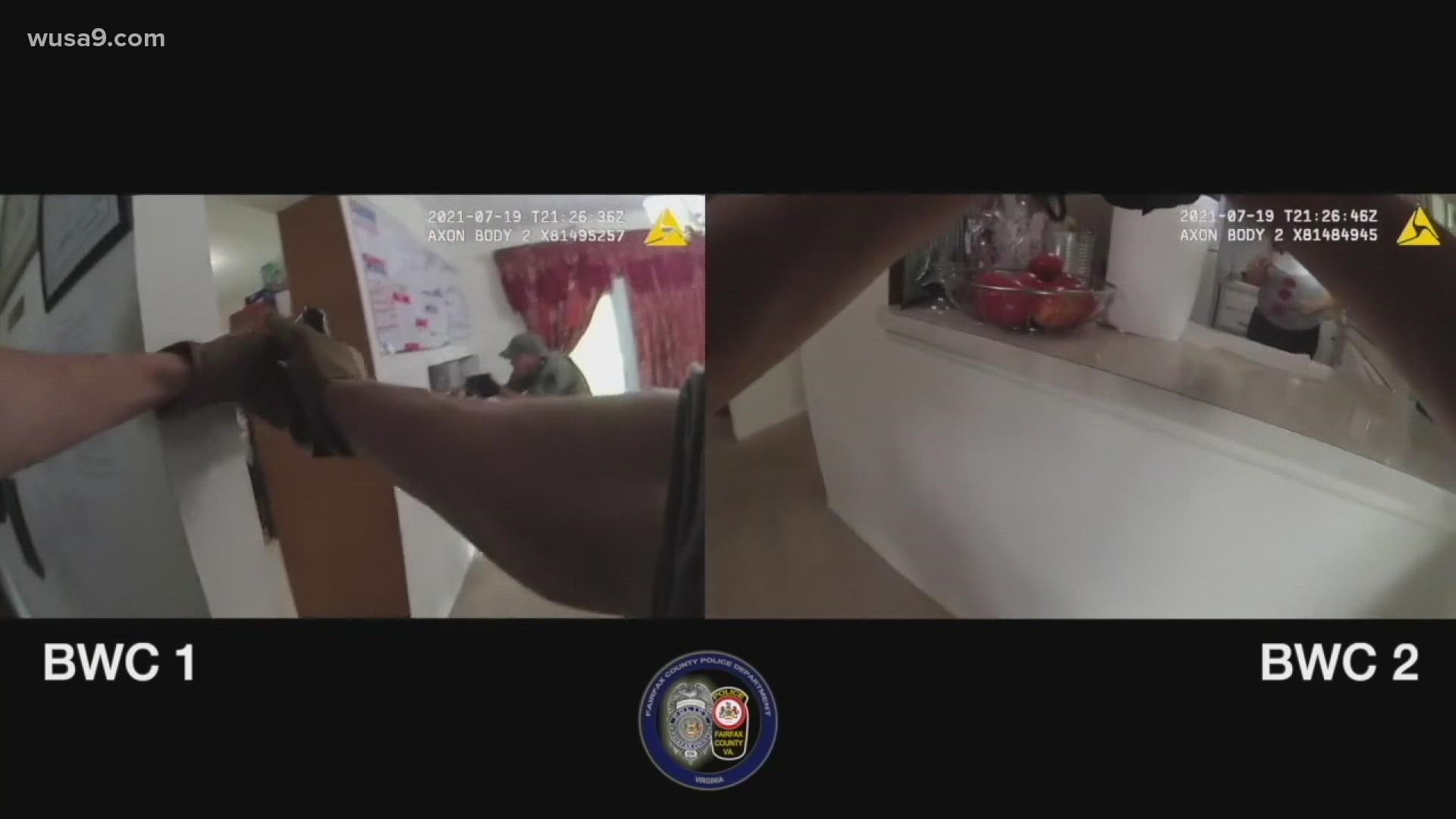 The shooting happened in the 8000 block of Gosport Lane on July 19 just after 5 p.m. after police say they received a call about a person threatening to harm others.

The video shows officers entering the home from the backdoor with their guns drawn. Once they enter the house, the officers shout out “stop” multiple times and one can be heard saying “she’s got a knife.”

As they approach 30-year-old Jiyoung Lee in the kitchen, she begins to cry out and tells officers “I’m not going to stop.” She then says, “I’ll stab you.”

Police once again yell to “drop the knife,” to which she screams that she won’t. The woman goes in and out of view of the body-worn camera behind a wall.

In the press conference, police also showed a slow-motion edited rendering of the video, zooming in on the woman holding the object that police said was a knife.

Continuing the real-time video, officer Albert then pulls the trigger and Lee can be seen crouching on the kitchen floor, crying out again after having been shot. Lee appears to drop what officers say is the knife. Police then drag her out of the kitchen by the arm, force her to the floor and proceed to handcuff her, placing a knee on her back. Once handcuffed, the two officers begin to render aid on what appear to be injuries to her abdomen.

Police then scream to a person out of camera view to put the knife down that Lee had left on the kitchen floor and subsequently order the person back downstairs.

Lee was taken to a hospital in critical condition Monday, according to Fairfax County Police. By Tuesday she was reportedly out of surgery and her condition had stabilized, police said.

Lee is now being charged with assault on a law enforcement officer.

No one else in the home was injured.

Fairfax County Police Chief Kevin Davis was asked on the scene during a July news conference after the incident if officers tried to use less-lethal alternatives before shooting the woman. His response was that his initial review of the bodyworn camera footage shows the officers faced a lethal situation they were dealing with when the gun was discharged at the woman.

"There were two people downstairs," Davis said. "If our suspect was afforded the opportunity to go down the stairs armed with a deadly weapon, that knife, we could have a double homicide on the scene."

The chief said to push for less lethal options, he plans to equip all of the officers with a taser. Davis said he didn't want to speculate on Lee's mental health but said she was clearly going through a crisis.

Officer Albert has been placed on limited duty as part of the investigation that is taking place involving the shooting. Albert is a 14-year veteran of the force assigned to the Special Operations Division, according to a press release from FCPD.

GRAPHIC CONTENT WARNING: You can watch a portion of the body cam footage in the player below. This video was edited by Fairfax County police. WUSA9 decided not to show the portions of the video that shows the woman's injuries and her receiving aid due to its graphic nature.