Reports come a year after WUSA9 reported in May 2020 that foxes were stealing people's shoes in Fairfax County. 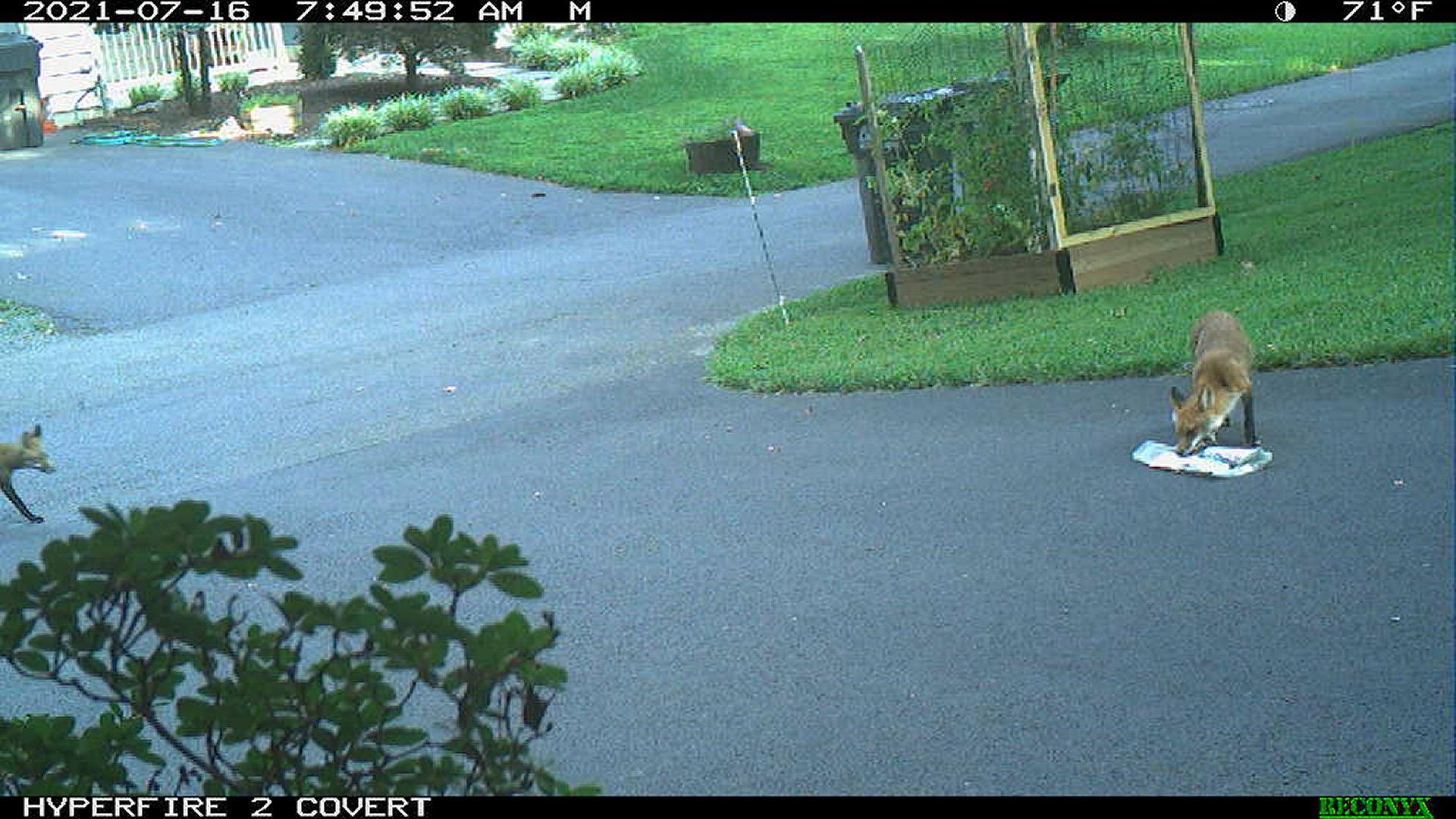 FAIRFAX COUNTY, Va. — From shoes to newspapers, foxes in Fairfax County are making themselves a little more at home with the things people leave outside their houses. Or in this case, what's left in front of the house.

One resident has reported incidents of foxes stealing his newspapers. These reports come a year after WUSA9 reported in May 2020 that foxes were stealing people's shoes to use as toys.

Frank Kohn, who works for the U.S. Fish and Wildlife Service after working for the National Zoo for 19 years, said he's seen two to three foxes steal newspapers from in front of his house.

Kohn said he has captured the foxes on wildlife cameras he got as a holiday present. The cameras were initially set up in his backyard, but he moved them after the second paper went missing, leading him to suspect an animal was taking them.

Kohn posts the videos on Facebook for his friends and family to get a laugh. He believes the foxes are attracted to "novel items" like birds attracted to shiny objects. He added that the foxes could be stealing the "soft" plastic to use for dens.

RELATED: Toys for animals: Foxes to blame for shoes stolen from Fairfax porches

RELATED: Shoe-stealing foxes are a problem in suburbia, but there's a reason behind the madness

WATCH NEXT: Shoe-stealing foxes are a problem in suburbia, but there's a reason behind the madness