Fairfax active shooter training given to police and firefighters

The goal is to stop the bleeding. 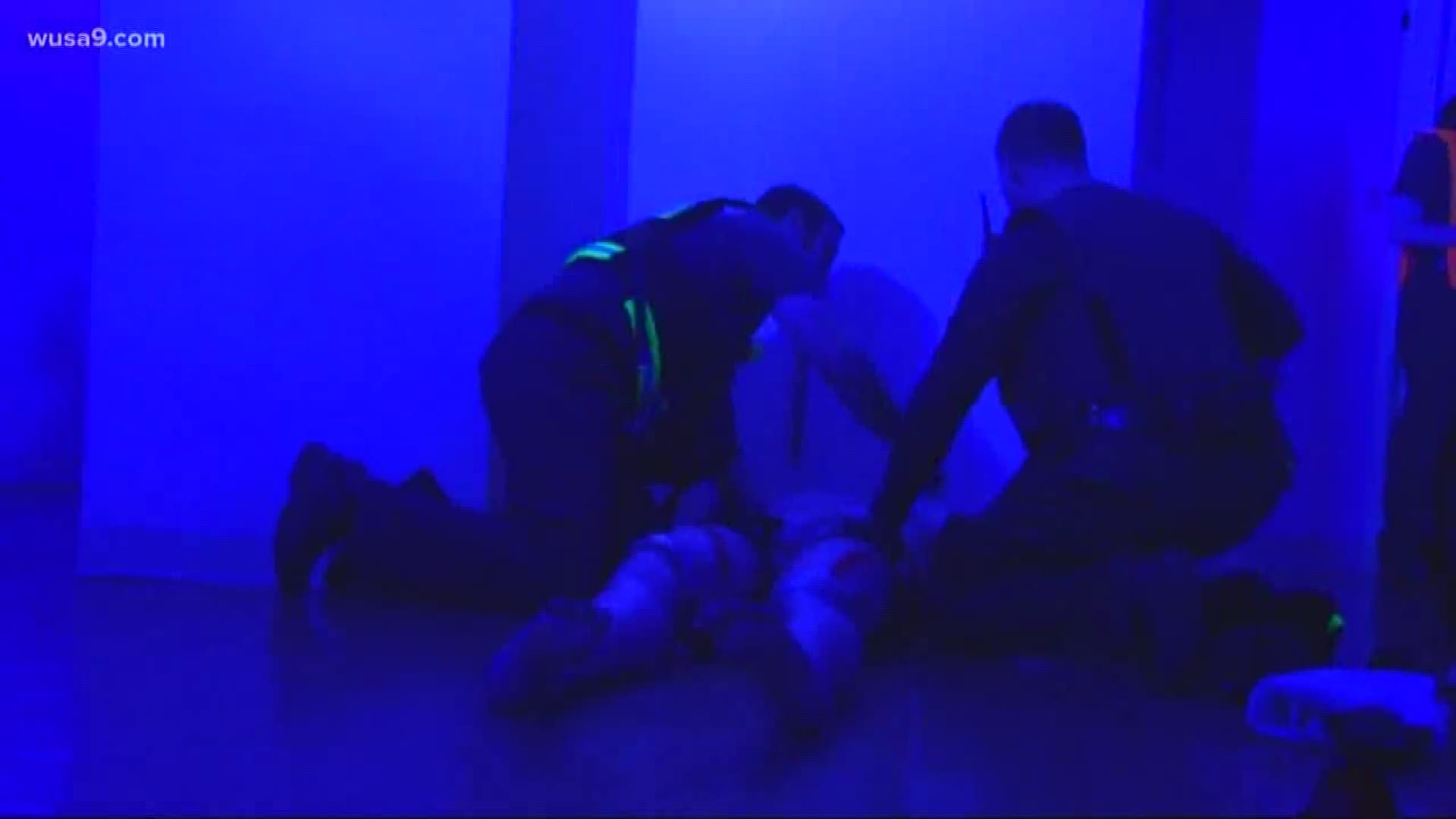 Fairfax County is currently putting both police officers and firefighters though the training.

Several ghastly-looking dummies stretch across a room in a Fairfax County vacant office building. The dummies have bullet holes and missing limbs from a mass shooting or terrorist attack. Add to that, loud screaming and sirens along with flashing lights as first responders arrive.

The sounds and lights are stressors designed to teach them to focus through the confusion. They are pairs of Fairfax County police officers and firefighters working together in a situation made to feel real.

"People screaming and other stuff, so it's good to have background noise just to keep us on our toes," said Wayne Champaign, firefighter with Station 38.

The goal is to stop the bleeding.

"Training starts to kick in and you know what you got to do. So the flashing lights and the loud noises kind of minimizes and your focused on the task at hand, which is to save lives," said police Ofc. Troy Hill.

They receive immediate feedback from a trainer.

"We have this big arterial bleed, so how do we deal with that, we're going to take out wound packing and we're going to reach into that wound, find that artery, feel that pulse," he said while demonstrating how to fill the hole with wound packing to stem the bleeding from a large hole.

Then in actual shooter scenario, an actor plays the part in an empty office building.

Police respond first to eliminate the threat. Then, not certain if there's another shooter, they may have to wait for medics and use a knee to stop a victim's blood loss. When police give the clear sign, firefighters and medics move in.

"The goal here, for us, as a police agency, is for us to get in, stop the killing and then work together to stop the dying," said Lt. Brian Ruck with the Fairfax County Police Department.

The training is for every police officer and firefighter. Together, that's 2,800 receiving this training in six weeks.

The Fairfax County Police department said it provides this extensive training program with both police and firefighters every three years.