Peter Rafael Dzibinski Debbins, 45, acknowledged that he provided Russian intelligence agents with classified information from his time in the U.S. Army. 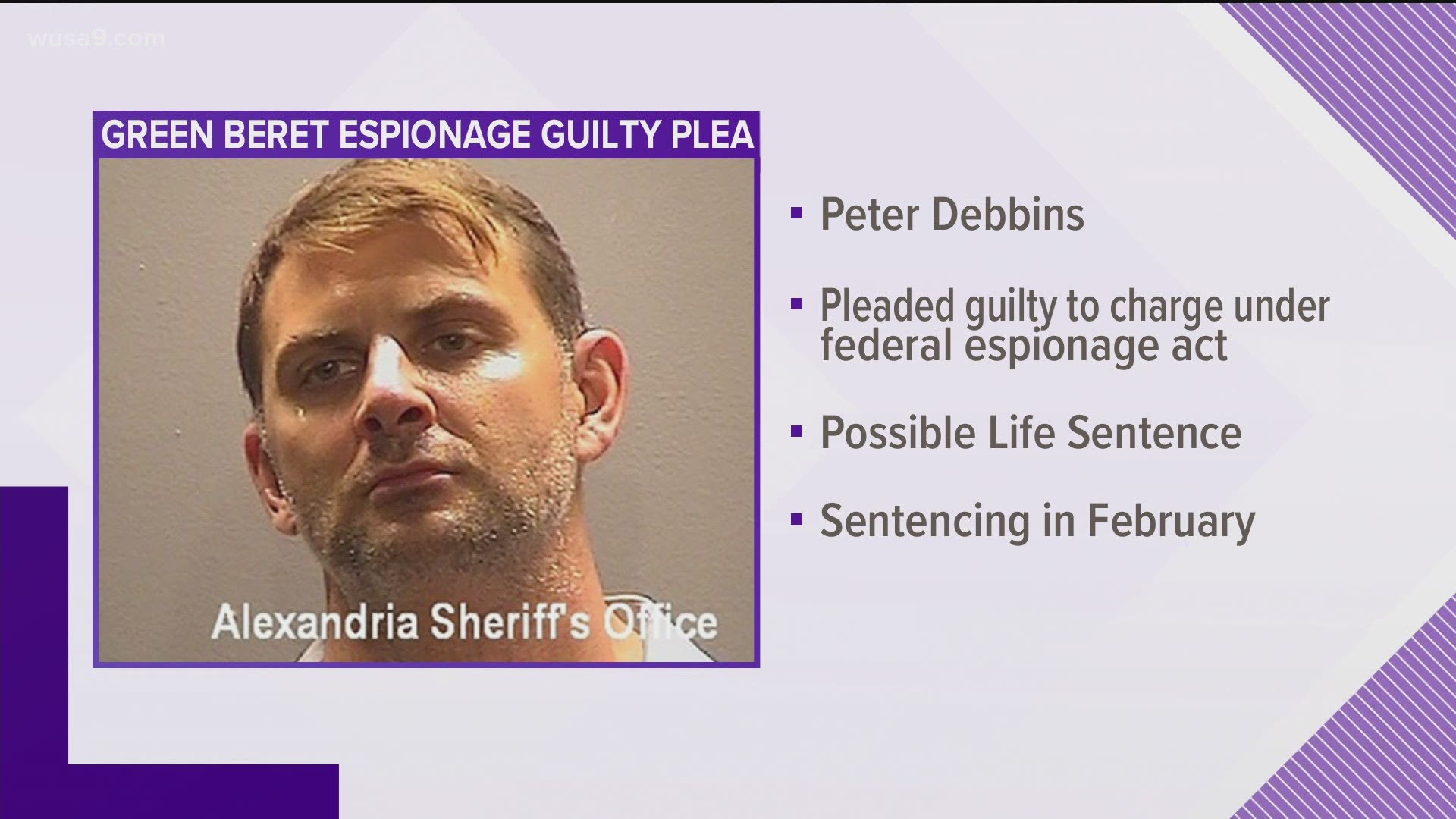 The U.S. Department of Justice said Peter Rafael Dzibinski Debbins, 45 of Gainesville, Va. had a 15-year relationship with Russian intelligence.

According to court documents, from December 1996 to January 2011, Debbins visited Russia and met with Russian intelligence agents. In 1997, Debbins was assigned a code name by  agents and signed a statement attesting that he wanted to serve Russia.

Debbins was arrested in August and charged under the federal Espionage Act with divulging U.S. military secrets about his unit's activities in former Soviet republics to Russian intelligence agents.

“Debbins today acknowledged that he violated this country’s highest trust by passing sensitive national security information to the Russians,” said John C. Demers, Assistant Attorney General for National Security. “Debbins betrayed his oath, his country, and his Special Forces team members with the intent to harm the United States and help Russia. Debbins’ guilty plea represents another success in the Department’s continuing effort to counter the national security threat posed by our nation’s adversaries, including Russia.”

“Our country entrusted Debbins with the responsibility and training to protect it from its adversaries,” said G. Zachary Terwilliger, U.S. Attorney for the Eastern District of Virginia. “Debbins betrayed that trust and betrayed his fellow service members by conspiring to provide national defense information to Russian intelligence operatives. I would like to commend our investigative partners for their steadfast and dogged dedication to bringing Debbins to justice and holding him accountable for his crimes.”

Debbins is scheduled to be sentenced on Feb. 26, 2021. He could face a maximum penalty of life in prison.