According to officials, the traveler arrived on a flight from Beijing on January 27 where the traveler's final destination was to a home in Prince George's County. 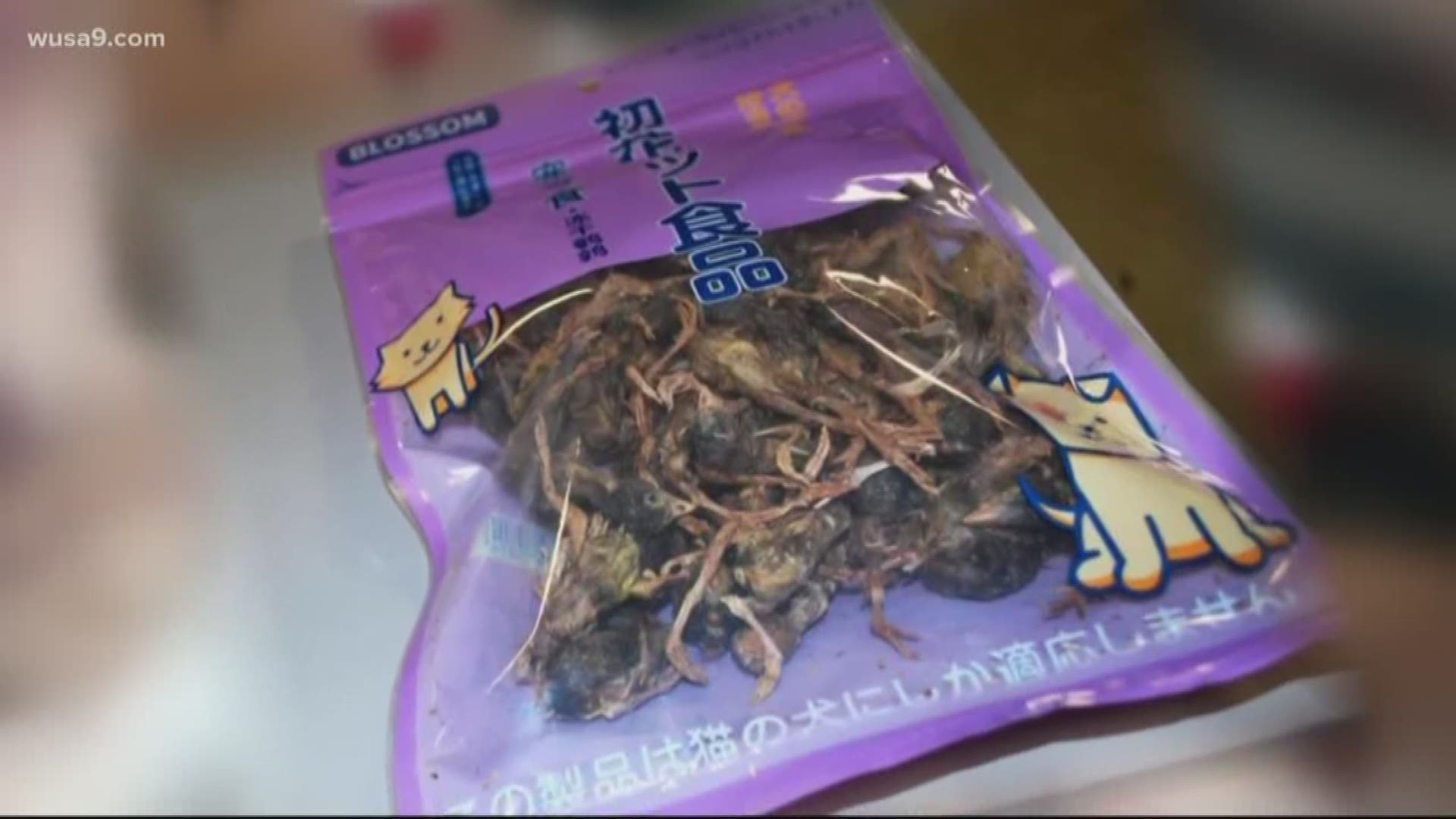 According to officials, the traveler arrived on a flight from Beijing, China on Jan. 27, 2020 where the traveler's final destination was to a residence in Prince George's County, Maryland.

During a baggage examination, CBP specialists discovered a package with pictures of a cat and dog that the passenger said was 'cat food.' The package, according to officials, contained a bunch of unknown small birds, about 2.5 to 3.5 inches in length.

The birds from China, according to CBP officials, are prohibited for import due to the potential threat of highly pathogenic avian influenza. The avian products were seized on behalf of the U.S. Department of Agriculture (USDA) and destroyed by incineration, with USDA approval.

"These dead birds are prohibited from importation to the United States as unprocessed birds pose a potentially significant disease threat to our nation’s poultry industries and more alarmingly to our citizens as potential vectors of avian influenza," Casey Durst, Director of Field Operations for CBP’s Baltimore Field Office said. "Customs and Border Protection agriculture specialists continue to exercise extraordinary vigilance every day in their fight to protect our nation’s agricultural and economic prosperity from invasive pests and animal diseases."

The U.S. Fish and Wildlife Service (USFWS), USDA’s Animal and Plant Health Inspection Service (USDA-APHIS) and the Centers for Disease Control and Prevention (CDC) regulate the importation of animals and animal products into the United States.

Consignees and importers should consult their websites to ensure they comply with licensing, certification, and importation requirements.

Back in January, officers intercepted two guns in the span of two days carried by passengers at Baltimore/Washington International Airport.

RELATED: Second weapon confiscated at BWI Airport in the span of 2 days

According to officials with the Transportation Security Administration, a man from Anne Arundel County was stopped at BWI Airport when an agent spotted the unloaded 9mm handgun in the man's carry-on bag inside the security checkpoint X-ray machine.

Maryland Transportation Authority Police were notified and responded to the checkpoint where they confiscated the gun, TSA officials said. The Pasadena man was questioned before he was arrested on weapons charges.

Both suspects claim they forgot they had the weapons on them, officials said.

RELATED: Dulles is not screening for coronavirus yet, but it’s 1 of 20 airports on expanded screening list