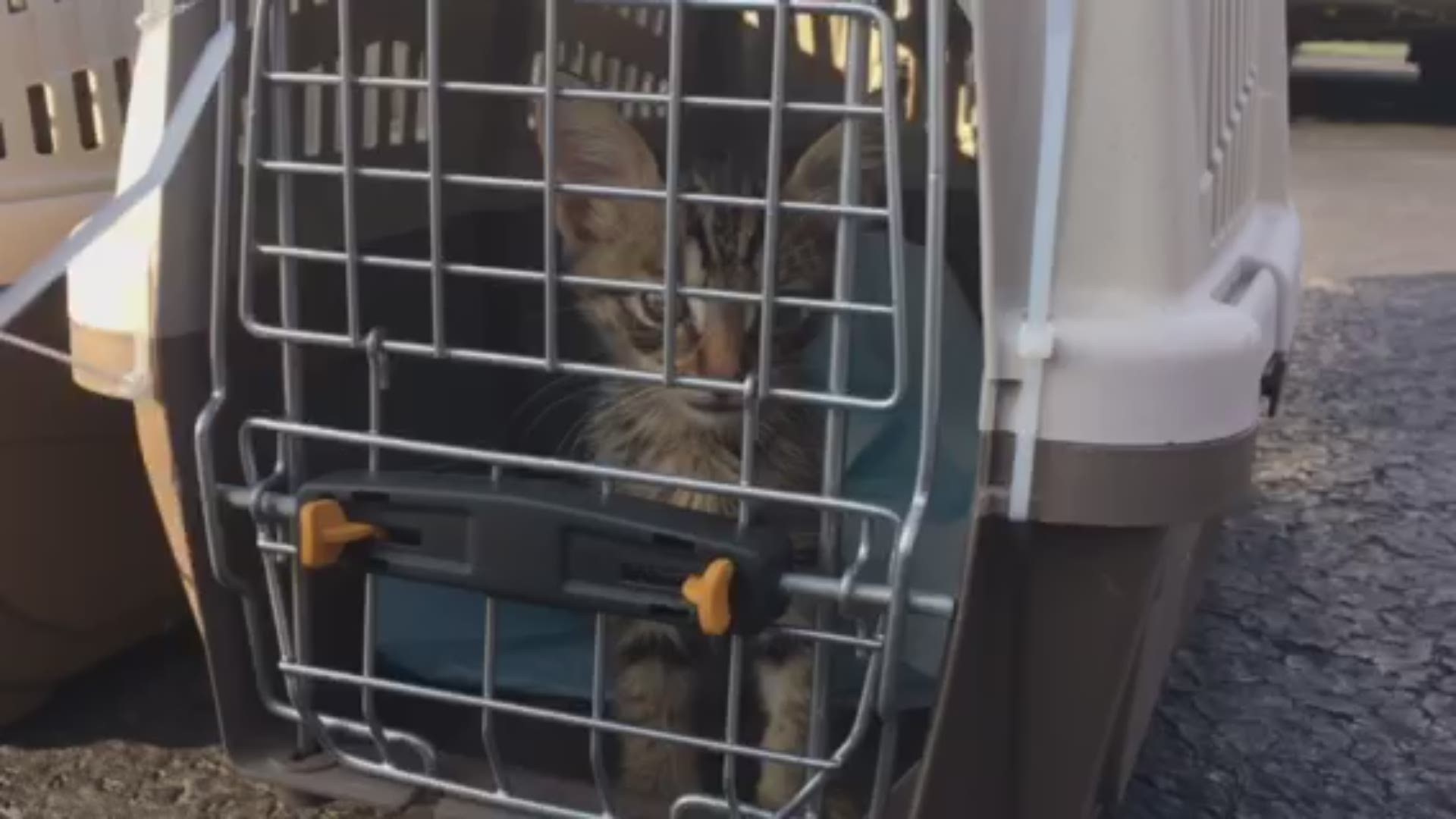 MANASSAS, Va. — As people in Louisiana brace for Barry, the now-hurricane is already having an impact on the DMV.

Over 100 adoptable dogs and cats arrived in Manassas, Virginia from Louisiana animal shelters on Thursday, that are now preparing for the hurricane.

The journey was a long one for shelter dogs like Brenda. They traveled over 1,000 miles to escape Hurricane Barry.

The transports aim to increase the capacity of Louisiana’s shelters and rescues as they prepare to take in displaced pets in the wake of the storm.

Transferring in pets who are already available for adoption will open critically-needed space in their partner shelters.

"When a rescue like Lost Dog takes a dog or a cat from a shelter, at least two lives are saved," Barbara Hutcherson, Executive Director of Lost Dog and Cat Rescue Foundation, said. "The one we rescue and the one who has a place to go because we helped them make space."

The Lost Dog and Cat rescue said they may get additional cats and dogs from Louisiana depending on the need.

There will be five adoption events in Northern Virginia at various PetSmarts. The locations for the adoption and fostering events can be found here.