After decades of resistance, could Virginia be the next state to welcome gambling?

While casinos popped up in neighboring Maryland and D.C., they have been illegal in Virginia. But now the state is considering building them in five locations. 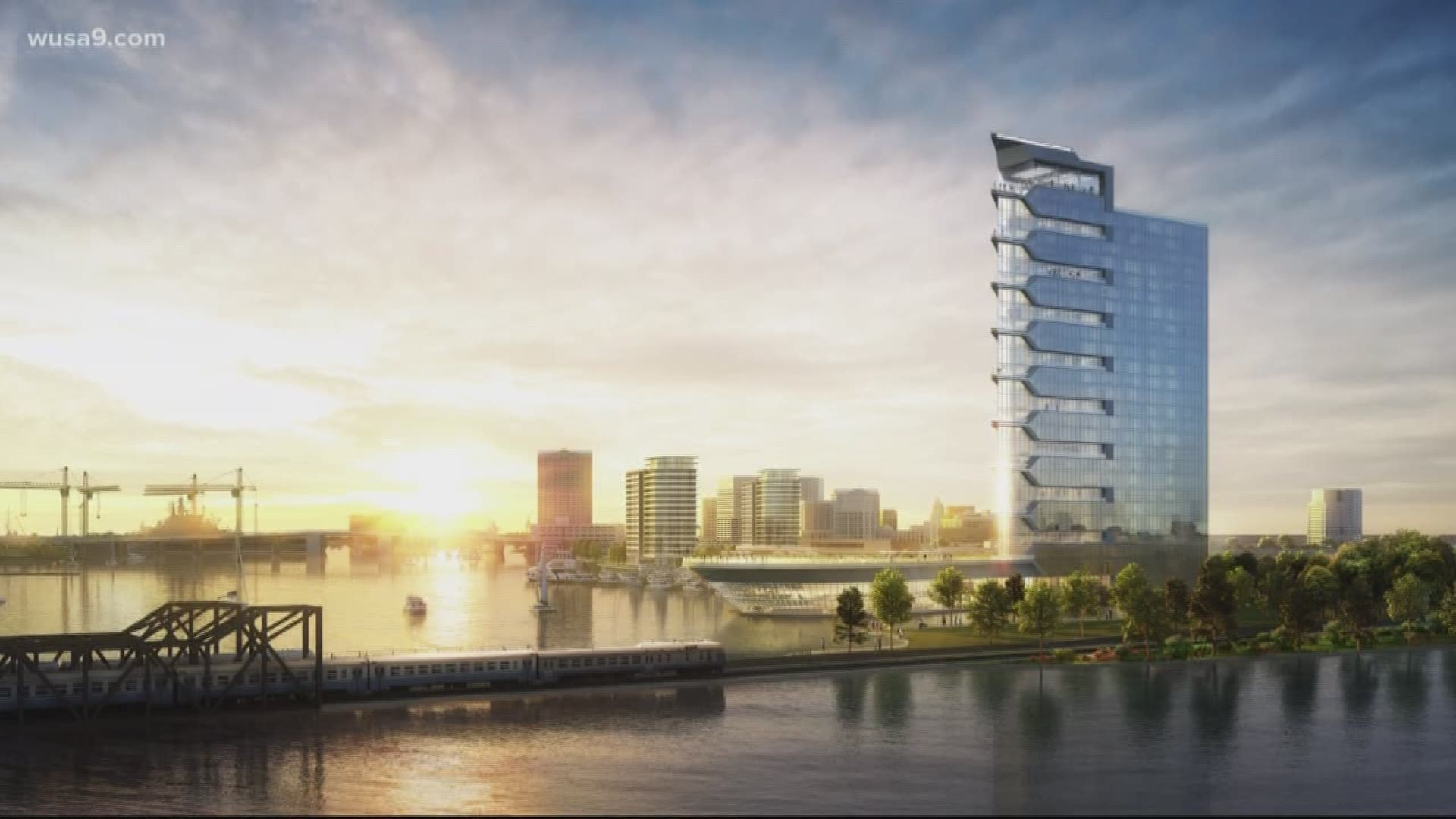 VIRGINIA, USA — The Pamunkey Tribe has released renderings of what a $700 million dollar casino would look like on the Elizabeth River in Norfolk. A rendering that will only become reality if the Virginia Legislature passing casino gambling in the state.

The rendering shows the PaMunkey Casino and Hotel, outfitted with 500 rooms, five to seven restaurants, and a luxury spa.

"MGM is just right across the river. So for years, Virginian dollars have been going out of state to West Virginia, Maryland and North Carolina. And this is an opportunity for Virginia to keep dollars in the state," Jay Smith, a spokesperson for the Pamunkey Tribe said.

While casinos popped up in neighboring Maryland and D.C., they have been illegal in Virginia. But now the state is considering building them in five locations. These include Norfolk, Richmond, Danville, Portsmouth, and Bristol.

Last year, the general assembly passed a casino law, but it has to pass again this year. Develops say they should find out mid-march about the fate of casinos in the Commonwealth.

Several grassroots groups have spent the last year trying to gather enough signatures to stop the casinos. Also, the faith-based, non-profit, The Family Foundation, says casinos would do more harm than good.

"It's a known activity that impacts everything from addictions to higher crimes, to decrease in home values to financial losses," Victoria Cobb, with the Family Foundation said.

The Pamunkey Tribe, who has been in Virginia for ten thousand years, says it will provide programs to aid anyone with gambling problems.

It also says the resort by itself, would have an annual impact of 1.48 billion dollars for the state and create over 3,500 jobs. But even if the legislation passes, there's an uphill battle. It must still be signed by the governor and voted upon by those living in each city.

Developers say it could be years before a casino in Virginia officially opens.

RELATED: All bets are on? Virginia weighs legalizing casinos