Confederate flag along I-95 in Stafford removed, replaced with 'Don't Tread On Me' flag

Virginia's Department of Transportation removed a large confederate flag along I-95. 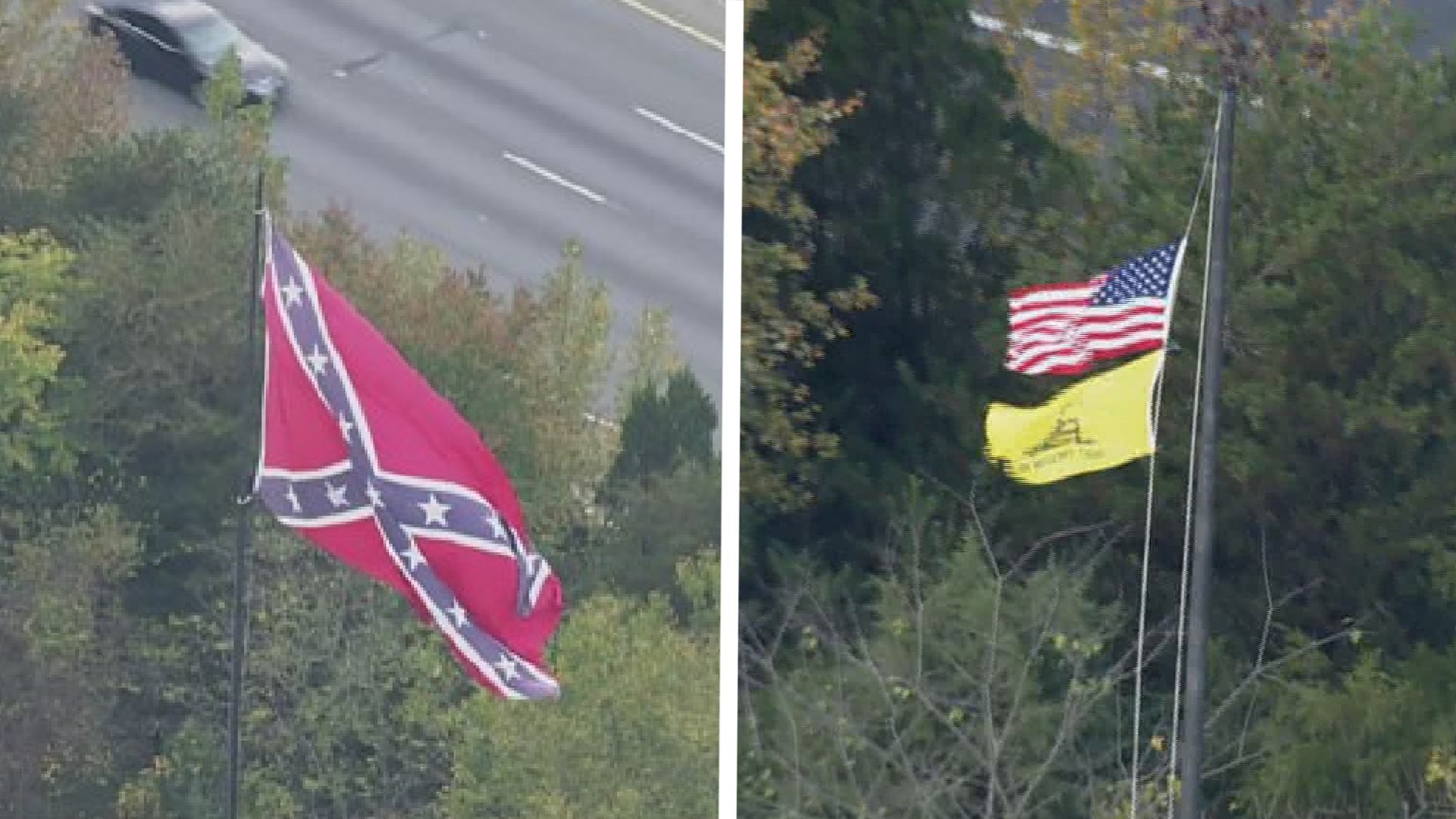 STAFFORD COUNTY, Va. — A large confederate flag along I-95 that has been a topic of debate for years was replaced Friday after the Virginia Department of Transportation purchased the land it stood on and demanded its removal.

The flag was replaced Friday by two flags: an American flag and a yellow, 'Don't Tread On Me' flag with the symbol of a rattlesnake, also known as a Gadsden Flag.

The Gadsden flag's use originated around the time of the Revolutionary War as a symbol of breaking the oppression of British rule. It was named for Christopher Gadsden, who at the time of the war was a soldier and a politician from South Carolina. Gadsden was also a plantation and slave owner.

More recently, the flag has been used in expressing personal freedoms and individualism. It was adopted by the Tea Party political movement of the mid-2000s, a far-right movement that called for smaller government with fewer taxes.

The Stafford Confederate flag came down after VDOT acquired 10 parcels of land through eminent domain for its Rappahanock River Crossing Project.

One of those parcels is the land rented to Virginia Flaggers, the group that maintained the Confederate Flag.

RELATED: Large Confederate flag along I-95 draws criticism once again

Virginia Flaggers put up the flag in 2014. According to Mark Dudenhefer with VDOT, the group had until Oct. 30 to remove it, or VDOT was going to take it down and return it to them. It's unknown if the Flaggers removed it or if VDOT took it down.

The Virginia Flaggers describe its group as "citizens of the Commonwealth who stand AGAINST those who would desecrate our Confederate Monuments and memorials, and FOR our Confederate Veterans."

Located between Richmond and Washington, D.C., the flagpole is visible to both south and northbound traffic on the heavily traveled interstate.

For years it has upset residents in the area, with the most recent flare-up following the death of George Floyd. In 2017, Stafford County’s attorney said the county could not legally require the flag’s removal because it did not violate the county’s zoning ordinance, and it is on private property.

The River Crossing Project seeks to reduce I-95 congestion and driver delay in the Fredericksburg area in addition to building a ramp to the future, extending the 95 Express Lanes, VDOT said in an email to WUSA9.