From a famous Byrd to a beloved bear, explore Arlington's 'other' cemetery

A trip through Columbia Gardens offers visitors a sanctuary of century-old trees, rows of roses and the wisdom of Winnie the Pooh 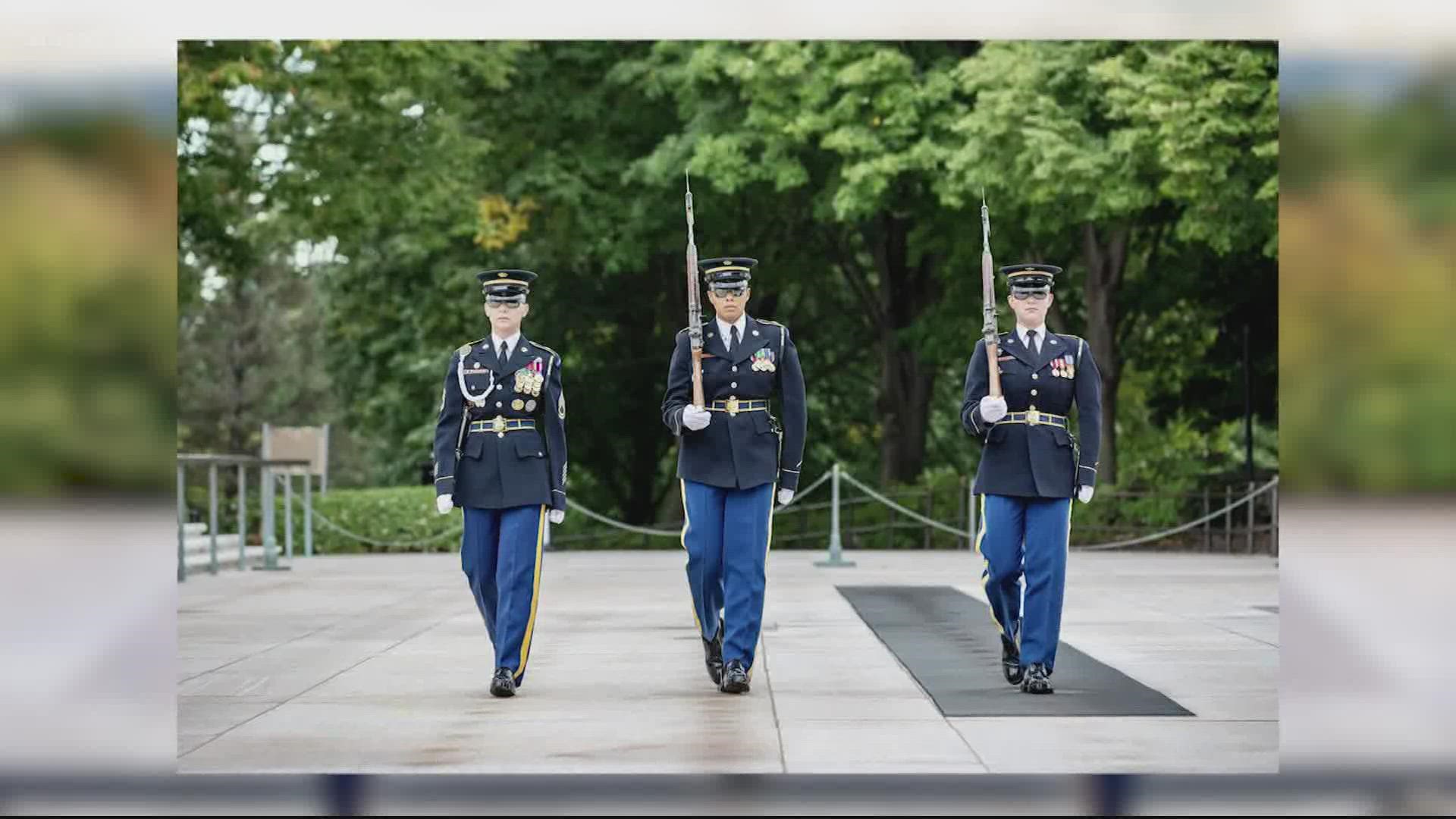 ARLINGTON, Va. — Arlington, Virginia has become the final resting place for innumerable heroes and those in high office. Former Senate Majority Leader Robert Byrd of West Virginia is buried in Arlington, along with Brigadier General Margaret Brewer, the first woman to achieve the rank of general officer and federal judge Oren Lewis, who was central to the landmark 1954 Supreme Court ruling Brown v. Board of Education.

They and so many military veterans are all buried in Arlington. But not Arlington National Cemetery. Their final rest is a mile-and-a-half west, on the private, family-run grounds of Columbia Gardens -- the 'other' Arlington cemetery.

Columbia Gardens has ties to its famous neighbor. It opened in 1917 under the supervision of Colonel Robert Dye, superintendent of Arlington National Cemetery. But it has since taken on the role of Arlington's community cemetery.

You will find headstone birth dates that pre-date the Civil War, and a grave marker sharing a quote from Winnie the Pooh: "Any day spent with you is my favorite day."

You can enjoy acres of century-old trees, walk among rows of roses and explore a circuit of winding roads, all open to the public in a setting that has achieved national status as an arboretum.

The cemetery holds several special events each year. During its recent Fall Family Celebration, children painted pumpkins and visited beehives, while the grown-ups met with rose experts and got tips on tree planting. On Dec. 18, volunteers will place holiday wreaths at the gravesites of more than 750 veterans, as part of Wreaths Across America Day.

Among the cemetery's founders is Judge Harry Randolph Thomas, who served as caretaker back in 1917. The Thomas family has operated the cemetery ever since. Its current president is the judge's great-granddaughter, Daun Thomas Frankland. On the cemetery's website, she describes growing up on the grounds of Columbia Gardens, raised in what's called the Superintendent's House.

"Folks used to think it was kind of funny that we lived in a cemetery," she writes.

RELATED: The 'Soul Strolls' tour through Congressional Cemetery is the most DC thing to do for Halloween

The cemetery's main entrance is located at 3411 Arlington Boulevard. There are also entrances at North Oakland Street and 2nd Road North. All are welcome, but visitors are encouraged to leave their pets at home.