Child sex abuse prevention educator says the "protection program" that emphasizes chastity used by the Arlington Diocese "teaches children that unless they choose chastity, they have committed sin and nothing could be further from the truth when a child is abused. When a child is abused, a crime is being committed, a child never chooses abuse." 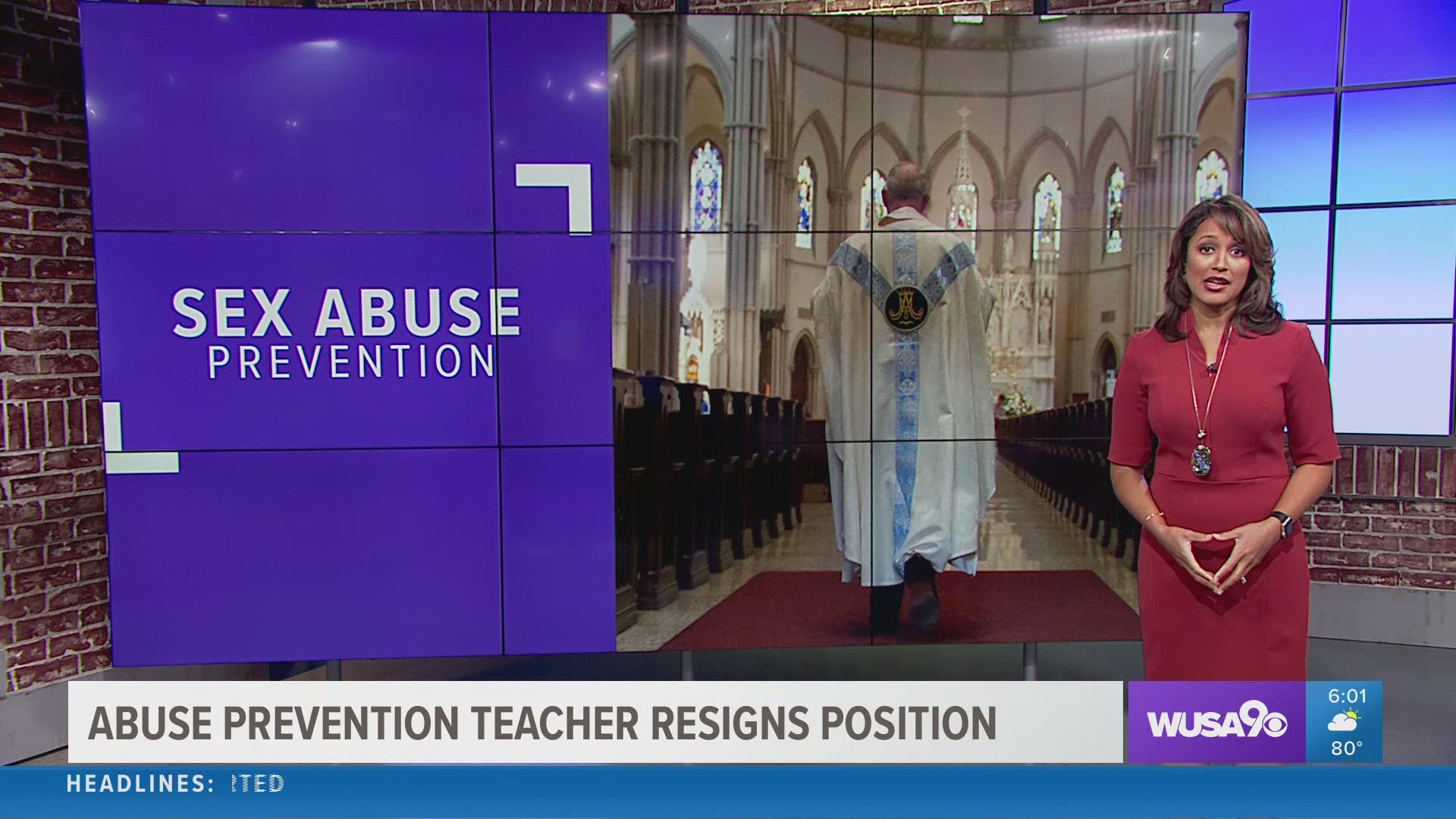 ARLINGTON, VA -- A local woman who has spent two decades fighting child sex abuse is blasting the Catholic Church, where she is a member.

She points to a program within the Arlington Diocese as evidence that the Catholic leadership is not serious enough about preventing child abuse.

RELATED: Pope on sex abuse: 'We showed no care for the little ones'

Also a devout Catholic, Alvaro walked out of church during the sermon on Sunday when the priest gave a lackluster response to the Pennsylvania report that detailed the abuse of more than 1,000 children at the hands of 301 priests.

"The victim-blaming and shaming continues. The hierarchy is not being held to task. And it's completely intolerable, as a Catholic who has stayed in the church and is trying to help from within," said Alvaro.

Several years ago she resigned her position the Arlington Diocese as director of the Safe Environment Office because of the youth protection program chosen by the diocese. It's called Formation in Christian Chastity and it was created in Harrisburg, Pennsylvania.

RELATED: Pope Francis blasts 'atrocities' by clergy: 'We showed no care for the little ones'

"There's nothing wrong with chastity, except it has nothing to do with preventing child sex abuse," explained Alvaro.

The Formation in Christian Chastity program is used by a few other dioceses around the country. The Archdiocese of Washington uses a different program Alvaro says is effective

Alvaro believes the Chastity program could be used like a weapon to hurt children.

Here is the response WUSA9 received from the Arlington Diocese about the Formation in Christian Chastity youth protection program:

Formation in Christian Chastity is a program designed for grades one through eight to teach proper boundaries and right relationships. There are lesson plans for each grade for grades one through five, and an expanded program for sixth through eighth grades that includes more in depth coverage of boundaries and safe environment issues. There are also lesson plans for parents for each year.

By teaching proper boundaries in all relationships, which is central to the broad Catholic understanding of chastity, we instill the tools to identify potential warning signs when relationships may begin to be unhealthy or dangerous.

As always, it is the responsibility of adults to safeguard children at all times. Educating children on proper boundaries provides an additional layer of protection for our youth. The language and vocabulary used in this program are intended to be age appropriate and to respect the varying stages of development of each student. Parents, as the first educators of their children, may choose to be more explicit when addressing sensitive topics, such as sexual abuse prevention.

Called to Protect is a program used for high school aged students. The program teaches physical, emotional and relational boundaries and empowers the youth to communicate violations of those boundaries to adults. The program uses videos and discussions. Given the age of these students, this program does use terminology such as “molester” and “sexual abuse.”

For high school students, we also use the “Tricked” program developed by the Fairfax County Public Schools to warn and educate about the problem of teen sexual trafficking in Northern Virginia.