Chaos in Virginia: Will political scandals turn business, tourists away?

This is the second time in two years Virginia has had to grapple with a major controversy on the national stage. 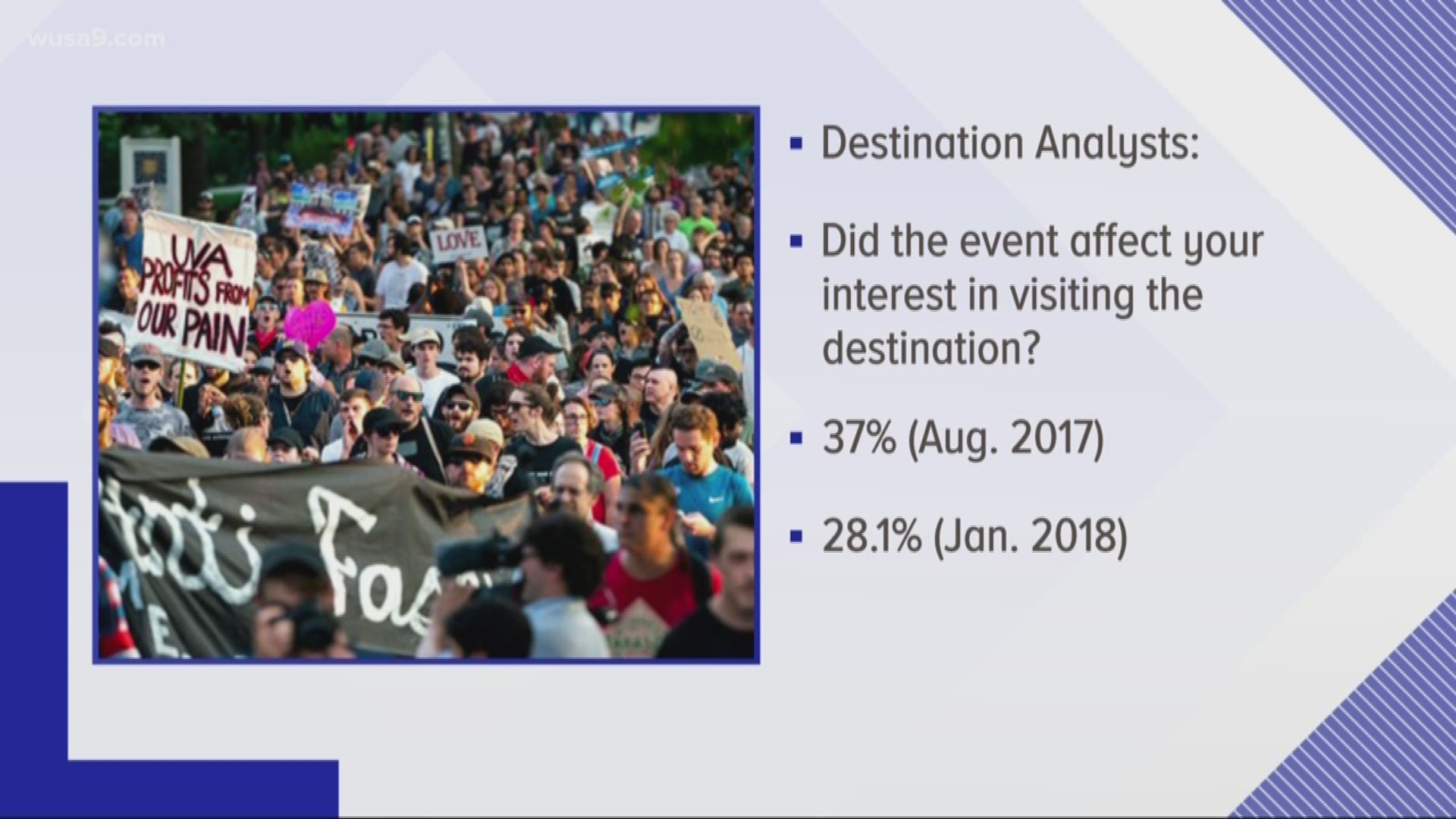 WASHINGTON — Virginia has found itself in national headlines for more than a week following the emergence of several scandals in Richmond.

Now, some people are curious how the Commonwealth's political scandals will affect Virginia in the long-term.

Marlene Morris Towns works as an Adjunct Professor of Marketing at the Georgetown University School of Business. She said the Commonwealth's famous brand "Virginia is for Lovers" has likely been damaged by the recent controversy.

On Thursday, the New York Post published on its cover a headline mocking the state that read "Virginia is for Losers".

Towns believes the negative press will cause some tourists to question whether they should visit the state in the future.

"I would think that some people may wonder whether they will really be welcome," she said. "If it's a place where they would want to spend their hard earned money and hard earned vacation time and take their families or take their children."

Virginia recently had to deal with another controversy that grabbed the nation's attention: the deadly protests in Charlottesville.

A California-based tourism market research firm named Destination Analysts studied the public's perception of Charlottesville after its protests. It gathered opinions of the city when the protests happened and roughly five months after that date.

As time went on, Destination Analysts found fewer people felt the protests had affected their interest in visiting Charlottesville. The study also discovered that fewer people could recall the incident five months after it had happened.

Towns admits Americans can have a short attention span.

"From social media to the news, things tend to come and go," she said.

There is also a question as to whether Virginia's recent scandals could deter businesses from entering the state.

However several site selection consultants told WUSA9 they do not believe that will happen.

"The reality is there is hardly a state that doesn't go through some type of crisis that has an impact on location decisions- political crises, civil unrest, natural disasters, energy outages, controversial legislative measures, etc.

In my experience, it can have a short term impact on corporate location decisions. Corporations are watching and are sensitive to the perception that their employees, customers and investors will have about a location where they choose to make an investment.

But, memories tend to be short, and there's always some other controversy to distract us. So, over the long term, as long as the ship is righted, the impact is hardly noticeable. If, however, the crisis drags on for a long time or is compounded by more crises, then the negative perception becomes more pronounced. We see this often with cities that have high crime rates that persist over many years.

In the current situation in Virginia, there is a crisis of leadership. So, until that is resolved, there's no one in the executive position that has the time or even perhaps the authority to make significant decisions about economic development projects that may be on the verge of making a decision. Fortunately, Virginia has strong leadership at VEDP, but their authority only extends so far.

I do not believe that the controversy with the Governor, the Lt. Governor, and Attorney General will deter companies from establishing operations in Virginia. While embarrassing, other factors are far more critical and Virginia rates highly on these factors such as talent, logistics and business costs. However, if the story takes on a life of its own with continued national media attention, I do believe that some tech companies will bypass the Commonwealth.

The reason has to do with brand/reputation and resistance by stakeholders. A second dynamic could also cause some companies across the industry spectrum to eliminate Virginia. That dynamic would be if a new Governor would be hostile to incentives and lukewarm to economic development.

But, given Virginia's track record that is unlikely to happen. Bottom line: there will be no material impact unless this tragedy continues for many months. In that case, I do believe that a few tech businesses will forego Virginia.

Our clients, and our consultants, are pretty sophisticated.  Regarding the current turmoil in Richmond, they are able to distinguish between issues that could represent a genuine challenge to a company's ability to do business in Virginia, and the clamor created by the 24 hour news cycle in the run-up to a highly partisan election season.

I am not downplaying the severity of these accusations, which are troubling, but their potential to impact a project currently underway is relatively slim, and the likelihood that we will still be talking about this once a location decision is made perhaps months and months from now is slight.

Regarding Charlottesville, my perception is that the blame for the intolerant behavior on display there last year would not be laid at Virginia's feet and thus would not have the same impact on business location decisions as had the so-called "bathroom bill" on North Carolina.