Overturned truck blocked intersection along VA-120 for several hours. The truck's driver has been hospitalized with non-life-threatening injuries, officials say. 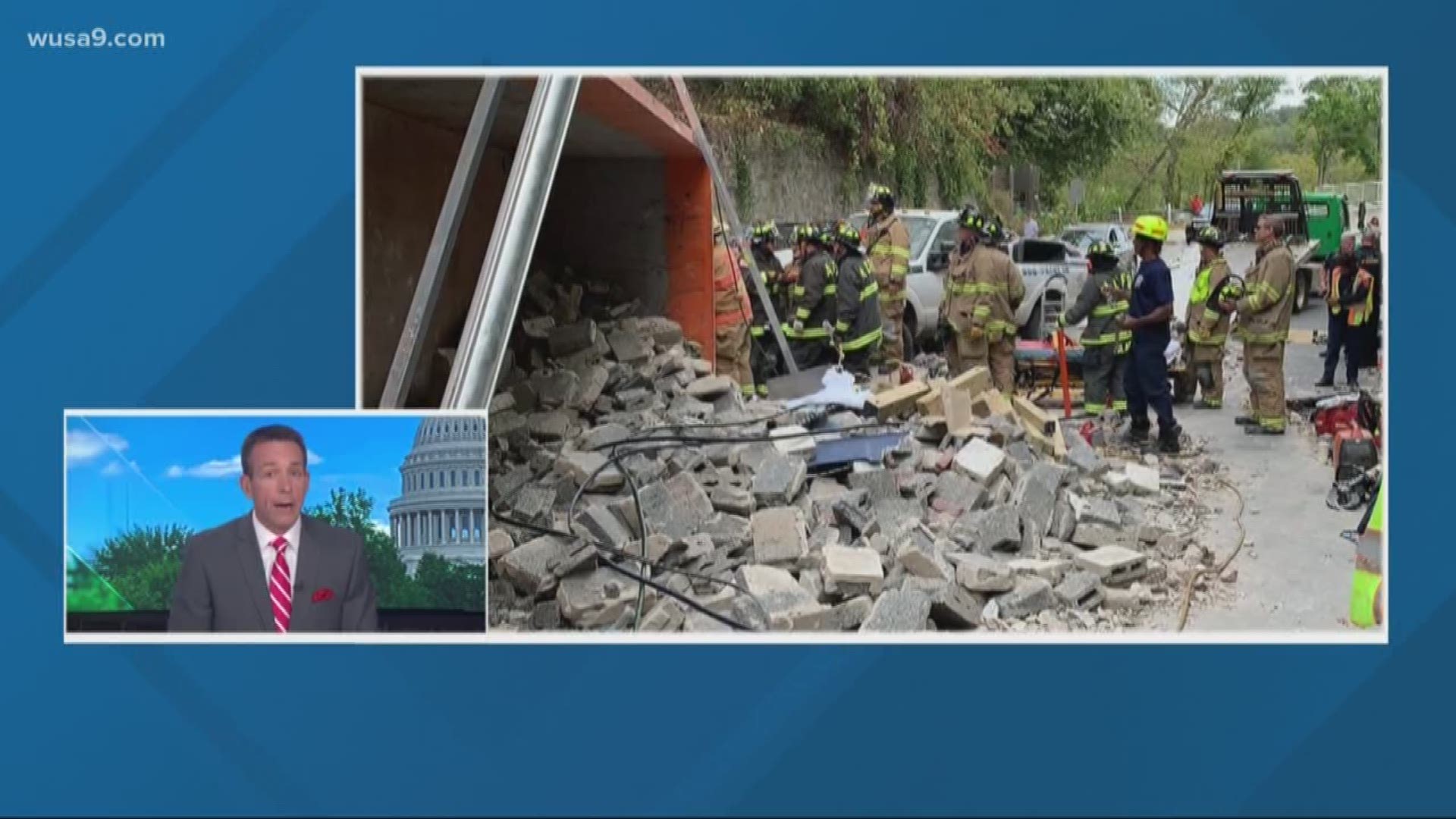 ARLINGTON, Va. — Chain Bridge has reopened for the afternoon commute after a truck overturned Monday afternoon.

The intersection was blocked and Chain Bridge was closed for several hours near the 4700 block of North Glebe Road, Metropolitan Area Transportation Operations Coordination said. It reopened shortly after 4:30 p.m.

According to Arlington officials, the driver was removed from the vehicle following the crash. They said the person has been taken to a trauma center with non-life-threatening injuries.

Heavy-duty trucks were called to the scene to clean up and remove debris off the roadway.

MATOC officials had asked drivers to avoid the area and to use alternate routes given expected delays on Metro Rail between D.C. and Virginia.

RELATED: Maine toddler's amazing story of recovery after being in his mother's arms when she stepped in front of truck