Nathan Larson, an accountant who lives in Fauquier County, thinks it's okay for adults to have sex with children. A survivor of child sex abuse says Larson is a predator who should be locked up — not elected to high office. 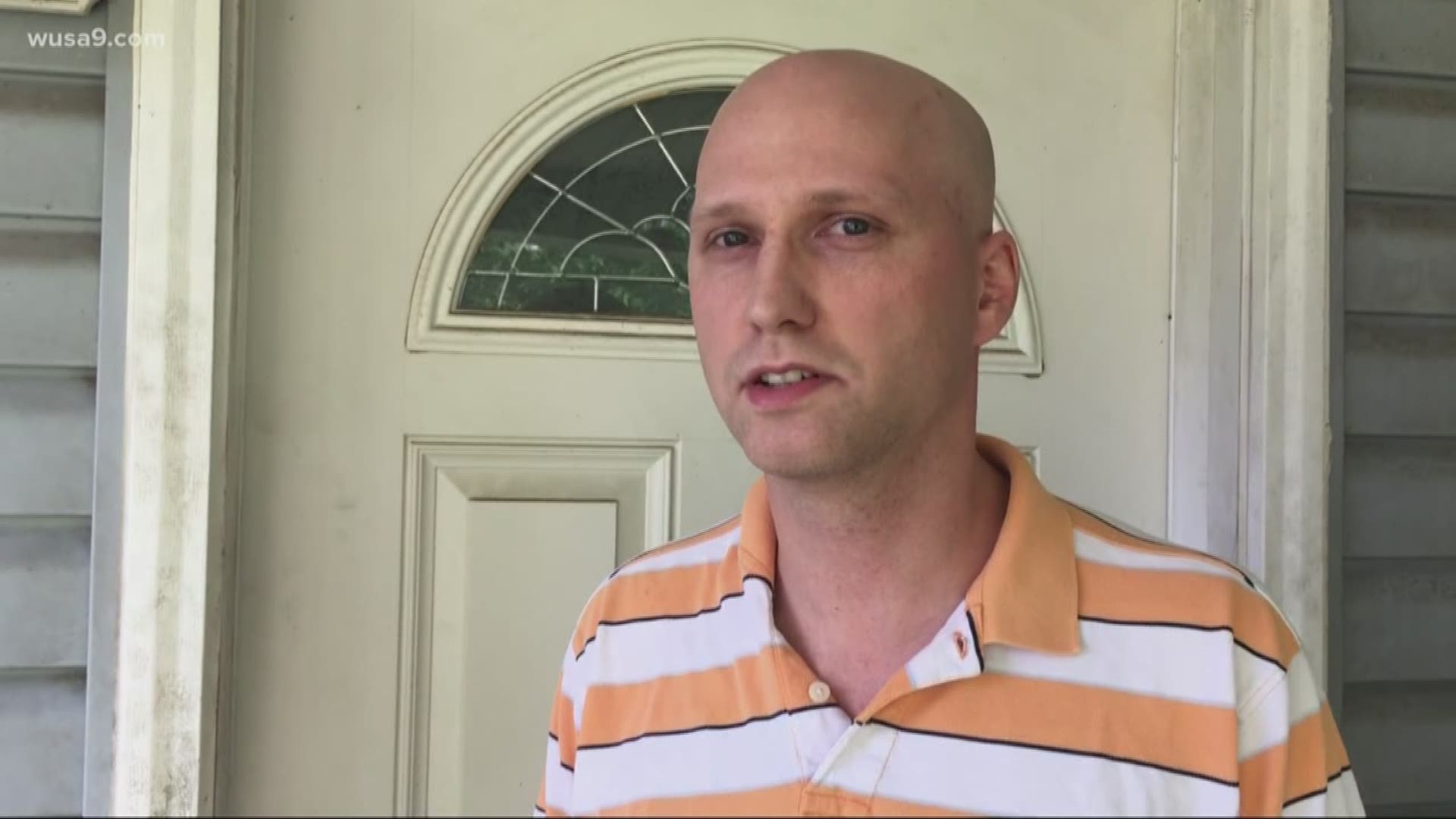 CATLETT, Va. (WUSA9) -- A Northern Virginia candidate running for Congress has some shocking, and dangerous views about children and women.

Nathan Larson, an accountant who lives in Fauquier County, thinks it's okay for adults to have sex with children. He is running as an Independent for Virginia's 10 Congressional District.

RELATED: Nathan Larson is a pedophile and a white supremacist. And he's running for Congress

And he wants to make it legal.

He says he wants to "restore liberty" and legalize incest for "personal freedom."

He said he thinks "the state should not interfere with people's decisions. Like if people were to say, well, the genetic quality might not be as good if people inbreed, they could say the same thing about a lot of people who have bad genetics who should be passing on. These days there's a lot of genetics tests. We can tell what kind of things people have."

What about the children's rights? Children cannot consent to sex with an adult.

Larson said: "Well, like with girls, I just believe that it should be for fathers to make those decisions. I believe in the patriarchal order."

Larson has a daughter from his previous marriage, but lost custody of her. He said he never had sex with his daughter but wants to. He said she lives in Colorado.

He says he doesn't find anything wrong with that. "It's not for me to intrude on another family and tell them what they should do."

Larson could not understand how incest, or raping children, could be harmful to them.

"The law doesn't treat them as having the full rights as adults," he said.

Larson also said that wives should not be allowed to accuse their husbands of rape.

The Virginia Board of Elections says Larson is not officially a candidate, because candidates running as independents cannot be listed until June 12 which is Primary Day. But, Larson says he gathered the required 1,000 signatures and filed the paperwork.

Larson ran for a state delegate seat in Prince William County last year after he spent 16 months in prison for threatening to kill President Obama.

In response to this story, Lauren Book, a victim of childhood sexual abuse, and the Founder and CEO of Lauren's Kids sent this statement:

This week, the Huffington Post published an article about Nathan Larson, a Virginia accountant running for Congress who shockingly “admits he’s a pedophile.”

This abomination of a human being advocates for sexually assaulting infants and children, raping women (including your spouse), and identifies Adolph Hitler as a hero. Larson is a sick, depraved individual who spreads his hate through now defunct websites. He is a maestro at creating safe havens for other dangerous deviants who openly compare notes on sex acts with children and how-to pieces on the entitlement for rape.

Larson is a predator who should be locked up — not elected to high office. The overt and cavalier boasting of violence should sound an alarm that he is a threat to humanity. Every 98 seconds, someone in the United States will become a victim of sexual assault. Child sexual abuse is a trauma experienced by an estimated 42 million people in America, and the number grows daily. Sexual violence shatters lives and leaves victims to heal through life-long emotional, physical, and financial consequences. To have a congressional candidate actively and openly support and practice these assaults is an insult to the kinds of values America stands for.

As a society, as Americans, and as human beings, we must do more to push back the darkness and horror that robs millions of their quality of life. That begins with condemning Nathan Larson.