The strike has been ongoing over issues between ATU Local 689 and Transdev ever since Metro contracted its Cinder Bed Road bus garage to the company last year. 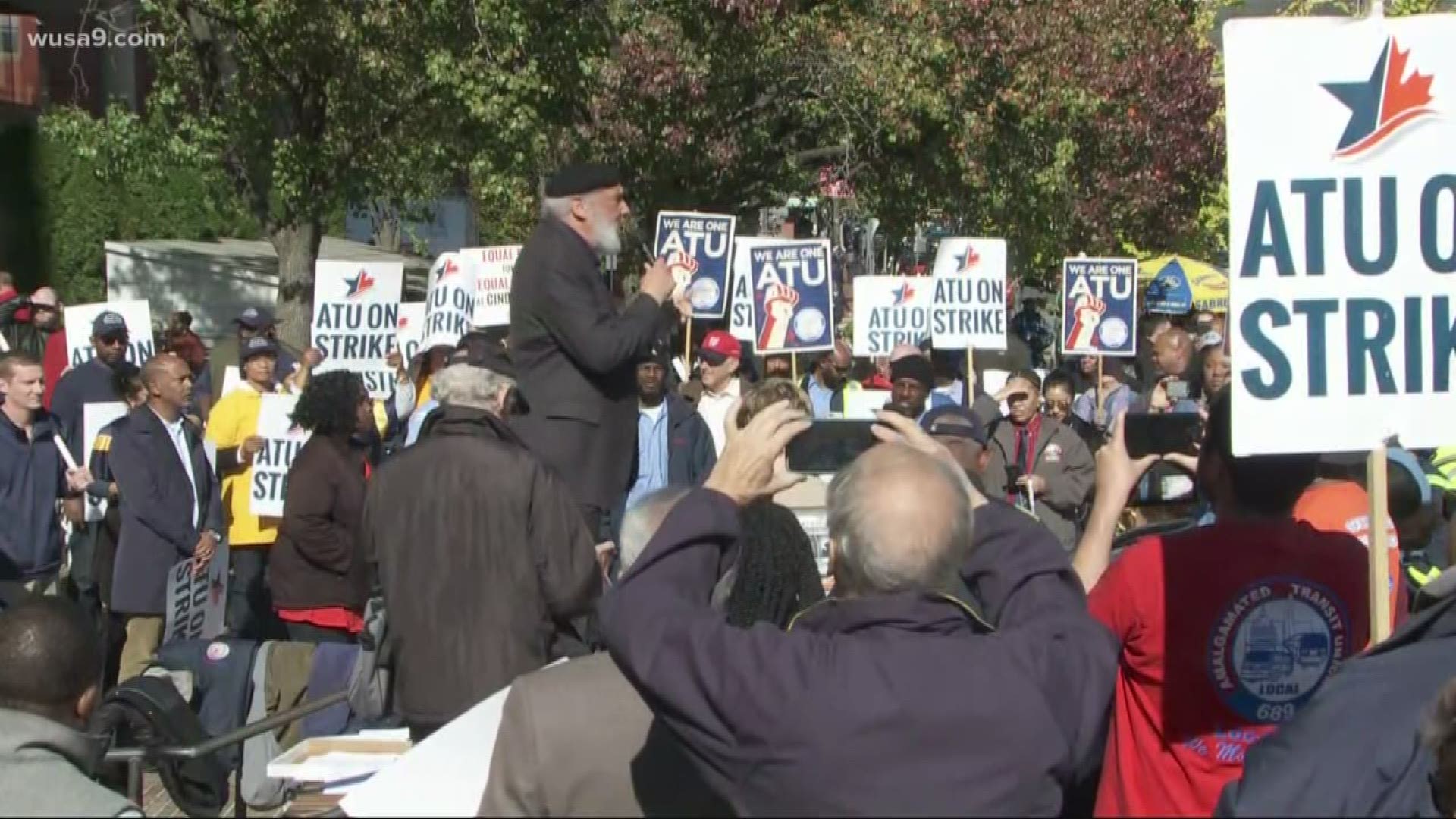 FAIRFAX COUNTY, Va. — A bus strike in Northern Virginia may finally be coming to an end after more than 82 days, which is the longest transit strike in the region’s history, according to the Amalgamated Transit Union.

The tentative agreement will cover workers at the Metro’s Cinder Bed Road Facility in Fairfax County.

“Our members at Cinder Bed Road sacrificed for months to ensure that public transit careers were steady paths to the middle class. With this tentative agreement it solidifies that transit companies can’t cut cost at the expenses of workers’ ability to feed their families,” said Raymond Jackson, President and Business Agent of ATU Local 689. “Our members will have an opportunity to vote on the tentative agreement later this week.”

The strike is technically ongoing until members of the ATU union vote on the tentative agreement. The ATU Local 689 has more than 13,000 members.

Eighteen Metro bus routes have been impacted by a labor dispute involving the Amalgamated Transit Union and a contractor named Transdev.