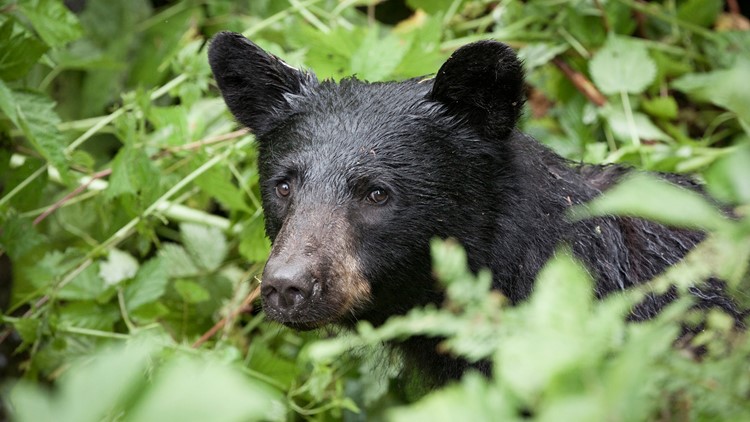 Photo by: Anne Lindgren / Thinkstock
A young black bear cleanses its palate after finishing a meal of pink salmon at the Fish Creek Wildlife Observation Site in Hyder Alaska.

ASHBURN, Va. -- A black bear was caught on camera walking around a snowy driveway in Ashburn in Loudoun Co. and now police are warning people to be aware.

“Recently there were reportedly bear sightings in the Ashburn area of #Loudoun around Belmont Country Club and Ashburn Village,” Loudoun Co. Sheriff’s Office posted to Facebook on Sunday.

They say the bears are not aggressive, but warn people to keep their distance.

They also ask that residents take in bird feeders, secure trash and clean their grills as black bears are native to the area.

Watch the video below: