Police search for man accused of exposing himself, assaulting woman inside Target 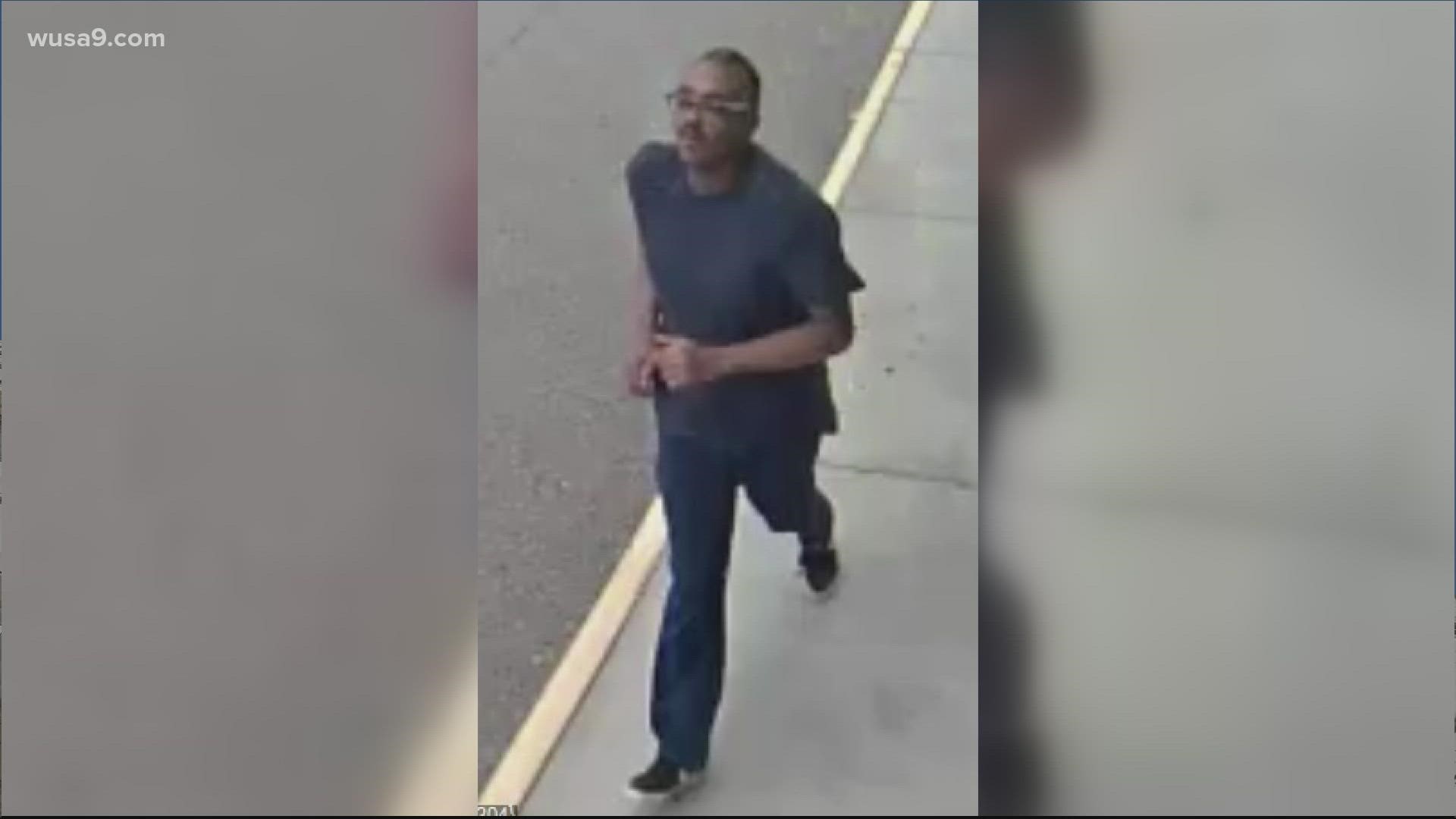 SPRINGFIELD, Va. — Fairfax County Police are asking for the community’s help identifying a man believed to be responsible for exposing himself and assaulting a woman inside a Target store in the Springfield Mall.

In a press release, FCPD said officers responded to the mall at 5:22 p.m. Monday for a reported assault inside a store. Officers determined a man approached a female victim from behind, exposed himself and made physical contact with her. The woman pushed the man back and he ran away, according to police.

Officers said they searched the area  of the mall where the assault happened, but did not locate the suspect. Surveillance footage of the incident was recovered from Target.

Police described the man as a 6-foot-2 black man with a slim build who was last seen wearing glasses, blue shirt, and windbreaker pants. Police said he has a mustache.

Detectives are asking anyone who may have had contact with the man in the photo above to please call officers at the Franconia District Station at 703-922-0889. Tips can also be submitted anonymously through Crime Solvers by phone (866-411-8477), by text (Type “FCCS” plus tip to 847411) and online by clicking here.