Officers said the dogs died at Virginia Beach Dog Training in Portsmouth. The business said it was a "freak accident" that led to the deaths. 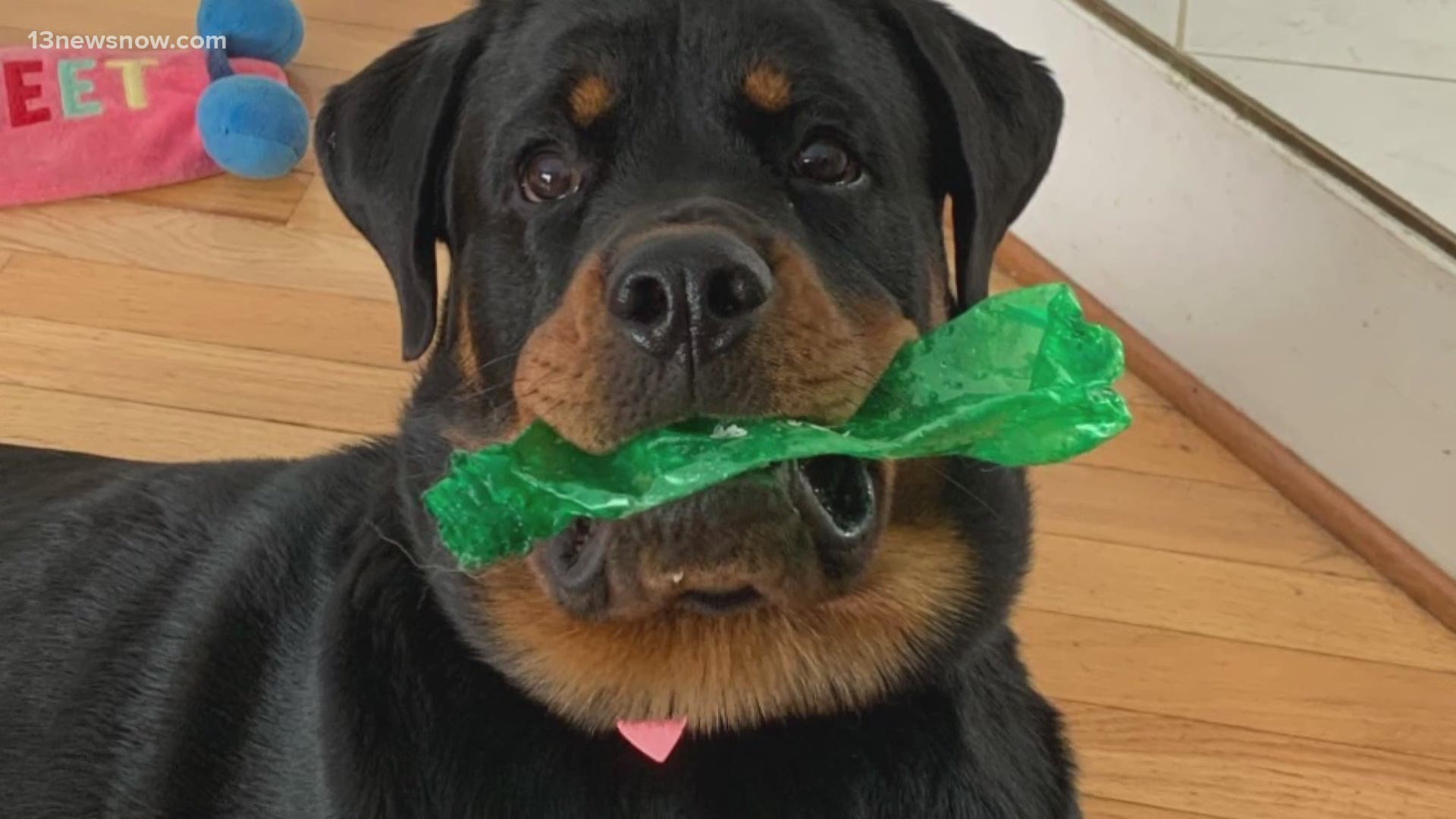 PORTSMOUTH, Va. — “We were promised to have a dog we could walk around with or without a leash, and he would behave. What we got back was the ashes in a box,” said Chris Kowalski, whose dog, Max, died at a dog training company in Portsmouth.

Kowalski's son bought Max, a Rottweiler, as a puppy, and Max quickly won the hearts of the entire family.

“He would tell you when he wanted to play ball. He would put a tennis ball in his mouth and walk up to you and toss it on your lap," Kowalski recalled.

Max did have some behavior issues, which is why the family enrolled him at Virginia Beach Dog Training.

“If you came here today, and he was here, he would try and bite you. He needed training, and that's what we were trying to do, ” said Kowalski.

Kowalski said the owners of the company picked up Max on Friday, May 21. Two days later, one of the owners called Kowalski. Max was gone.

Kowalski said the co-owner told him that a short in the HVAC system caused it to blow hot air rather than cool air where Max and seven other dogs were staying.

All eight dogs died, and Portsmouth Animal Control said it was investigating the situation as a possible case of animal cruelty.

"My daughter cries. My wife cries. It's tough," said Kowalski.

Victoria Varnedoe, spokeswoman for the Portsmouth Police Department, said officers became aware of the situation at the training business shortly after noon on Wednesday, May 26.

The business acknowledged that something had taken place on its Facebook page Thursday (May 27), referring to a "freak accident" that took place days earlier:

Last weekend we had a freak accident that resulted in the loss of both members of our personal pack as well as several of our clients dogs. We are devastated by the loss and have tried to show compassion and respect for the wishes of the parents of those that were lost. We have been in direct, timely contact with each person affected by the accident and have been transparent with the events surrounding the accident. Once the immediate crisis was handled, we investigated the cause, found, and corrected the equipment failure, as well as are continuing to put measures in place to prevent any chances this situation could happen again.

We have been in contact with animal control and have cooperated fully with their investigation.

Words cannot begin to express our sadness we feel as a team and we understand the outrage and concern. We appreciate the support from our clients who have reached out during this terrible time to offer their condolences and continued support.

Although some of the comments on the business' Facebook post were critical of it and the owners, other people supported them. One person who's known each one for a long time said they were "compassionate people who love every dog they come in contact with."

John Holloway brought his French Bulldog, Ego, to Hampton Roads from the Fredericksburg area in order for Ego to train at the business.

“I was a dad to this little guy. I snuggled with him in his crate when he got neutered. We would have multiple walks and I’d sing songs in the morning, ” Holloway said.

Ego also died as a result of the issue at Virginia Beach Dog Training.

“I’m broken. I’m completely broken. I wanted my guy to live until he was 14 or 15 years old, ” Holloway shared.

Holloway said Ego spent about a week at the training facility to correct behavioral issues. Like Kowalski and others, he got a call on Sunday saying his dog had died.

“My entire family loved this dog, ” Holloway said. “To hear my mother cry when I called and told her the news, it’s the sound I’ll never not hear.”

Jordan Weymouth also lost his dog, Suzy. He told 13News Now that his three dogs have attended that facility for years.

Weymouth said, “They have been fantastic with our dogs. We did the board and train with all three. Our dogs loved them, particularly Suzy who passed. She was my best friend, and I am angry and upset with Steph and Nicole.”

Weymouth said he's read a lot of comments from people online, and he understands their frustration. He said the owners should have been there or had someone there while they were away, which is when the problem with the air conditioning happened.

“I am so incredibly devastated. I really don’t think there was any ill intent, just a big mistake on their end. This is a real story, and I have been a client of theirs for, like I said, two years. It’s horrible, I’ve had little contact with them since the call on Sunday, but I know they are an absolute train wreck as they have spent their entire careers helping and training dogs,” Weymouth said.

Credit: Jordan Weymouth
Jordan Weymouth's dog, Suzy, was one of the dogs that died at Virginia Beach Dog Training in Portsmouth, Va. on May 23, 2021.

Virginia Beach Dog Training's website describes one of its owners, Nicole Hubert, as "an obedience training expert with years of dog training experience." The other owner, Stephane Hubert, "has trained dogs for both the police & military" as well as pet obedience.