Amazon teams up with WMATA to develop over 1,000 affordable homes in northern Virginia

The technology giant's $125 million commitment will develop housing for moderate to low-income families at or near major Metro stations. 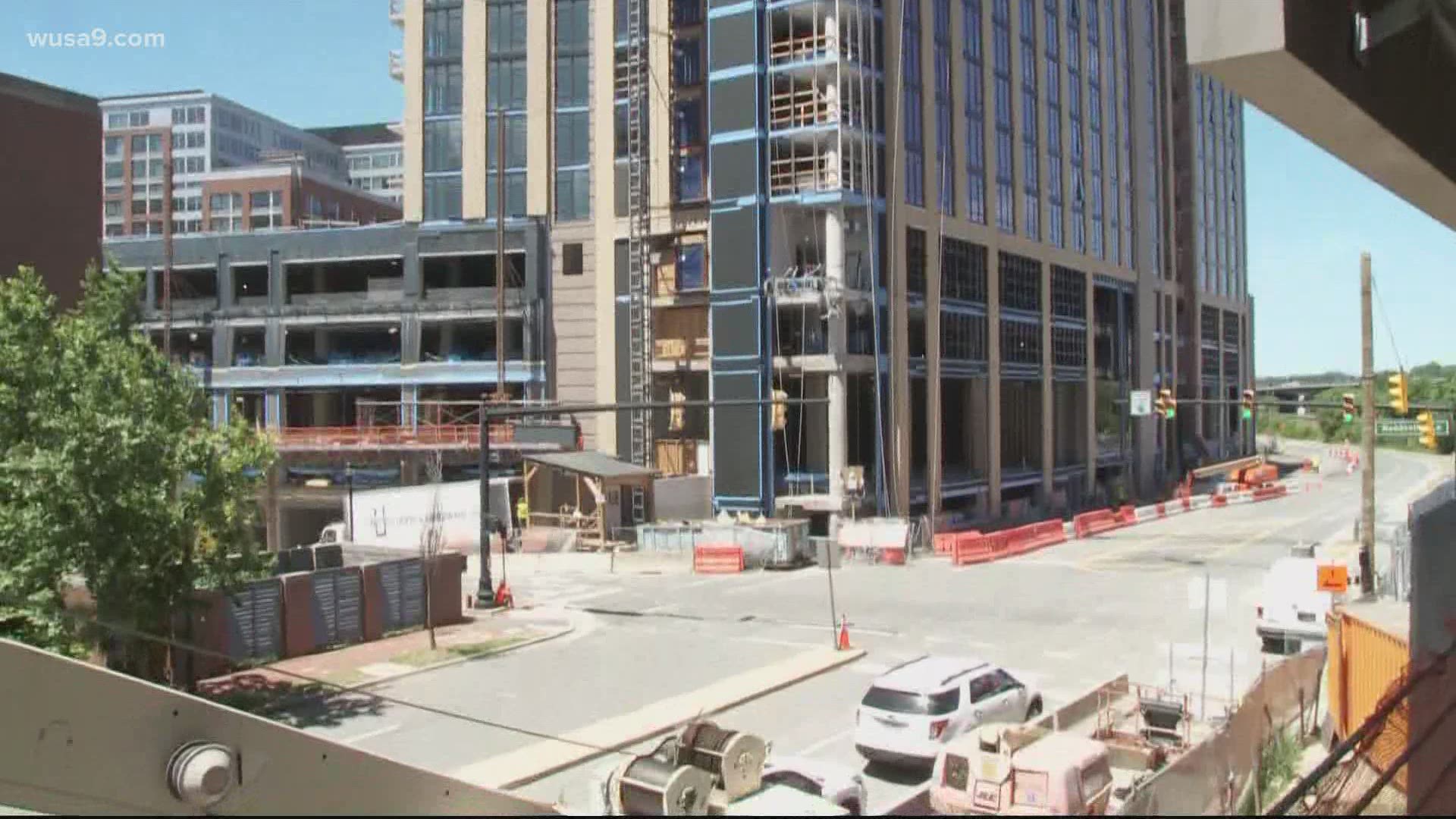 ARLINGTON, Va. — One of the world’s largest technology corporations teamed up with the DMV region’s public transit provider to develop housing for moderate to low-income families in northern Virginia.

On Wednesday, Amazon announced its commitment of $125 million to construct more than 1,000 affordable housing units on land owned by the Washington Metropolitan Area Transit Authority (WMATA, Metro) or close to mass transit stations. The project is expected to continue throughout the next five years, as stated in a Metro news release.

“Transit-oriented development has a proud legacy at Metro, and with this investment from Amazon we can continue to help the region tackle the challenges of housing affordability, congestion and sustainability,” said Paul J. Wiedefeld, the general manager of Metro.

Amazon’s housing ambitions in the DMV began earlier in 2021 when the tech giant announced its intentions to provide loans and grants to the Washington Housing Conservancy to preserve and develop affordable homes on the property of Arlington’s Crystal House complex.

“Amazon is committed to creating and preserving inclusive housing developments so moderate- to low-income families can thrive and benefit from the goodness our region has to offer,” said Catherine Buell, ‎Amazon’s head of community development.

According to a 2019 report by the U.S. Bureau of Labor Statistics, the average household spends about 13% of their income on transportation costs, which remains the second-highest expense after housing. Households making 80% of area median income and below spend even more transportation, and these are disproportionally in communities of color.

The $125 million below-market capital will only be available to developers who have joint development agreements with Metro, and $25 million will be reserved exclusively for minority-led developers, as cited in Metro’s news release.